Made with Visme Infographic Maker

Policing in America has been a hot topic for decades, but 9 minutes and 29 seconds changed the stakes of the debate.

In those 9 minutes and 29 seconds, former Minneapolis police officer Derek Chauvin knelt on George Floyd's neck. The world watched as someone sworn to protect and serve did something else: harm.

Because Derek Chauvin chose violence, communities across the country have been asking if they should choose mental health intervention and crisis counselors instead of traditional policing. Do we spend too much, or not enough on police?

Does spending money on police equate to safety? Do states that have more officers have fewer violent crimes? Here's the answer:

While angry, passionate rhetoric rises on both sides of the debate and each demands legislative action and influxes of taxpayer cash, data on state-by-state spending on police compared to per-capita violent crime tells a different story.

In fact, when it comes to the worst five states for violent crimes per capita – Alaska, New Mexico, Tennessee, Arkansas, and Louisiana – an argument often used by pro-police advocates are that states with high crime spend less on policing, but in fact, two of the top five states for violent crimes per capita, Louisiana and Alaska, are also on the top five list for law enforcement officers per 100,000 residents. Among the other three states with the highest crime, they’re all in the top 20 of spending on police, with New Mexico coming in at nine, Arkansas at 17 and Tennessee at 19.

In Louisiana, questions about how to stop crime have taken center stage. Writer Meghann McCracken shared with WWL in New Orleans that she's seeing the city's struggle firsthand.

"What's really troubled me is the rise in crime again," McCracken said.

McCracken moved to New Orleans from San Francisco attempting to escape the rising crime and political changes she felt were making the city unsafe.

She said that while New Orleans wasn't perfect, struggling with crime before and after Hurricane Katrina, the city began rebounding and becoming a safer area. But now, McCracken says things are starting to look like they did before.

"I see signs of things deteriorating again, and I fear that a lot of it has to do with the leadership we have right now," McCracken said, adding that following a pandemic now is not the time to trie "social experiments" when it comes to policing.

Crime has always plagued major cities but is the issue with how police are handling crime, or is it something else?

So, what does work? It’s complicated. There’s not one answer, according to a myriad of experts.

The ACLU sums it up this way: “Investments in housing, health care, jobs programs, education, after school programs, gun control, environmental design, and violence interruption programs have all been proven to quantifiably reduce violence.”

There are also actions that fly under the radar, but have a big impact on reducing crime. The ACLU cited a study that found every additional community-focused nonprofit in a medium-sized city leads to a 12% reduction in homicide, a 10% reduction in violent crime, and a 7% drop in property crime.

“In Philadelphia, simply cleaning vacant lots in neighborhoods below the poverty line resulted in a 29 percent decrease in gun assaults,” the ACLU found.

In Minneapolis, the epicenter of policing talks, two sides grew out of the George Floyd tragedy. One called for the police to be defunded and the other fought to keep them patrolling the city the way they always had. Crime equals punishment.

The defunding police movement went down in flames with the people of Minneapolis, although many activists across the country are still fighting for a change in how public safety is carried out. Cries ring out for more counselors and fewer patrollers; more and fewer guns.

Another argument often used by pro-police advocates is that states with high crime spend less on police pay.

But the numbers also debunk that claim: When it comes to states that spend more on policing versus states that pay less, there is no correlation with violent crime rates. 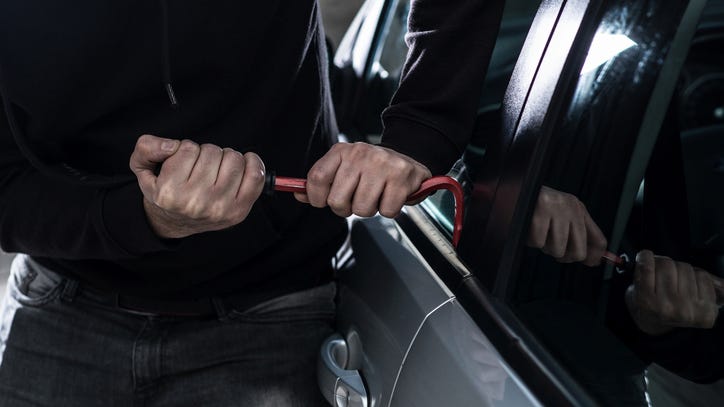 Carjackings on record pace in Twin Cities for 2021

So, what does it really take to move the pendulum away from crime? Check out the example of Don Samuels, who would tell you that personal investment by stakeholders is key to bringing peace to the community. Samuels and his wife decided to come to Minnesota two decades ago because they wanted to help areas that had otherwise been neglected. So, they moved to the Jordan neighborhood, one of the more violent places in the city.

"[We] worked really hard with our neighbors to end the violence and to deal with the underlying issues," Samuels said, pointing to landlords not keeping up their properties and the city being unresponsive to crime in the area.

One factor that Samuels says plays a role in crime is the average renter moving every 11 months. He says this rips the "fabric of community," as new people move in who only have one goal, to get out. A stable sense of community is key to stemming the tide of crime, he says.

So he and his wife stayed despite the challenges they faced.

On the other hand, he says what doesn’t stop crime is the kind of ‘stop and frisk’ policies that lead to allegations of cops targeting people for ‘Driving while Black.’

The University of Pennsylvania Department of Criminology debunked the effectiveness of this with a study that found ‘additional use of stop, question, and frisk made almost no difference’ in crime rates, adding, “The stops only had a detectable impact on crime when the stops were based on probable cause, and these kinds of stops were very rare.”

Samuels knows this from the boots-on-the-ground perspective of a community activist.

"[Police were asked] for hundreds of years to knock heads and keep people out of certain neighborhoods," Samuels said. "We did that. We saw it happen and looked the other way because we know that 'When I move to another nice neighborhood, I want to keep those people out.' We did that." 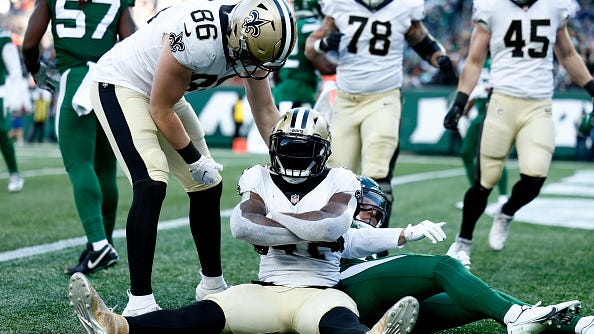 Samuels wants to see a change in the way police treat people, but says he knows it’s the kind of seismic shift that requires patience.

"It's taking them a while to come around. All the policies that were put in place when they were keeping us apart are now obsolete," Samuels said.

While the issue tends to be far more complex than just supporting the police or calling for defunding the police, Samuels says it's easy for people to become binary in their thinking. Instead of hearing the common-sense solutions in the middle, the two sides screaming the loudest tend to get the attention.

"One of the challenges for the conversation and the debate is people tend to be dualistic," Samuels said. "It communicates a child-like understanding of reality. Good and bad. Them and us."

As chair of the public safety committee for eight years, Samuels went on patrol with officers, talked with them and shared his experiences. He did his best to try and convey a new way of policing to them because that's what he says we need, a new type of officer, one who’s part of the community, one who listens, not one who signals only power over the powerless.

"We need to hire a new kind of police officer, we need enough of them to keep us safe from the trauma responses we have in our city…and we need mental health treatment," Samuels said, adding that it's also true in his experience that getting rid of police or shrinking department sizes doesn't help.

As for the extremes, Samuels fears that if we do not come to a common ground and do something with how policing is done, we will miss an opportunity to make a real difference.

"The incoming tide and the outgoing tide are all fighting. We need some peace here, and we need a peaceful and rational contemplation of the problem to understand the complexities of the problem, and so we don't have these wild swings," Samuels said.

We can find better ways to public safety than police

JaNaé Bates, a journalist and director of police reform group Yes 4 Minnesota, argues that the best kind of public safety comes not from a radical overhaul, but from keeping what works – cops on the street – and adding new elements through mental health training and other key new tactics.

"The majority of us and that's even people who find themselves in the camp of 'Yes we need to defend the police and honor them and pay them well and give them all the funding they need,' the reality is we all want the very same thing," Bates said. "We all want true public safety. We all want to be safe."

While she says that mental health professionals could be a benefit, they need to be added in properly. Otherwise, they will do more harm than good.

"I would not say 'yeah we need to get rid of police altogether because again that doesn't make sense for anyone, especially right now," Bates said. "But how are we moving closer and closer to a place where everyone, police officers, community members, how are we able to truly be safe and to be able to have that sustained for the long term.

"And I don't think anyone who sees what's going on right now would say the current state of policing does that."

Still, Bates argues that there are better solutions to specific issues and that police should not be responding to every call for help to 911.

"We tend to just throw more money at policing when actually, they shouldn't be the ones responding to," Bates said. "While I am someone who wholeheartedly believes in police reforms and looking at ways to have more transparency and accountability with police officers. I also think that we absolutely have to have a deeper conversation about, 'What kind of public health measures should we invest in?"

She shared that when it comes to what governments are spending their money on,  throwing more dollars at police doesn't stop crime. The numbers bear her out.

"Policing is a small piece of that, but when you look at the much bigger scope of the things around violence… mental health plays a huge part in what we see around heightened violence and lowered violence," Bates said. "Same with things like drug addiction and alcohol addiction."