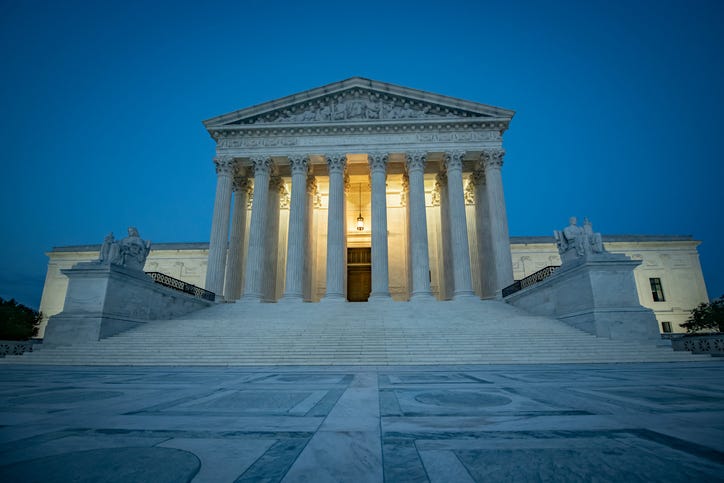 The questioned program allowed parents to use vouchers to send their children to public or private schools but had not allowed them to be used for religious schools.

The ruling from the Supreme Court came in a 6 to 3 vote and is the latest to expand religious liberty rights. Chief Justice John Roberts wrote for the majority and said that the program limiting religious institutions was a violation of the First Amendment.

"Maine's 'nonsectarian' requirement for its otherwise generally available tuition assistance payments violates the Free Exercise Clause of the First Amendment," Roberts wrote. "Regardless of how the benefit and restriction are described, the program operates to identify and exclude otherwise eligible schools on the basis of their religious exercise."

Justice Breyer wrote for the dissenting justices, saying the Court had "never previously held what the Court holds today, namely, that a State must (not may) use state funds to pay for religious education as part of a tuition program designed to ensure the provision of free statewide public school education."

The move has been criticized for going against the nation's belief in the separation of church and state, and Breyer said in his opinion there needs to be "government neutrality."

Responding to this in his majority opinion, Roberts wrote that "there is nothing neutral about Maine's program."

Roberts explained that the state paying for the tuition of certain private school students, as long as they aren't religious, is "discrimination against religion."

"Maine's administration of that benefit is subject to the free exercise principles governing any such public benefit program — including the prohibition on denying the benefit based on a recipient's religious exercise," Roberts added.

Justice Sotomayor released her own dissenting opinion, saying that the ruling, and other recent rulings, is removing "the wall of separation between church and state that the Framers fought to build."

"As a result, in just a few years, the Court has upended constitutional doctrine, shifting from a rule that permits States to decline to fund religious organizations to one that requires States in many circumstances to subsidize religious indoctrination with taxpayer dollars," Sotomayor said.