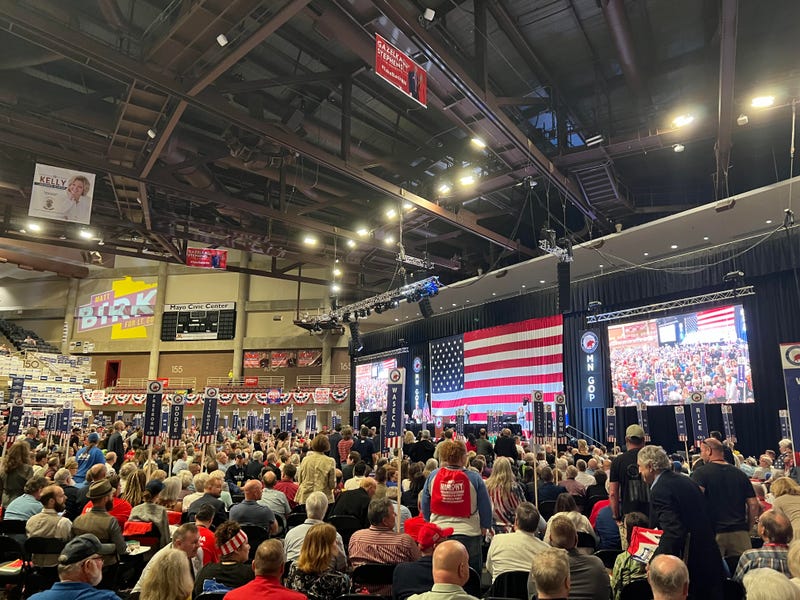 The Minnesota Republican convention got off to a rollicking start on Friday, with a newcomer gaining a major endorsement ahead of what could be a long day to back a candidate for governor.

There will be a challenge for Schultz in the primary, as former state lawmaker Dennis Smith is still running for the AG post.

Smith did not take part in the endorsement process, a process Schultz embraced after Friday's vote.

"This is a testament," Schultz told the delegates. "A kid from a town of 186 people in rural Minnesota, to go to a great college, have the oportunity to go to Harvard Law School, had the opportunity to be the endorsed Republican candidate to take on Keith Ellison in Minnesota.  I am incredibly honored."

Republicans have not won an attorney general race in Minnesota since 1967.

The delegates also endorsed Ryan Wilson for State Auditor and Kim Crockett for Secretary of State with voting completed with electronic ballots.

An amendment was raised to switch to paper ballots but it was struck down.

"I want to make it as clear as I can, electronic voting at this convention is secure, accurate, and can be done quickly," said Minnesota Republican party state chair David Hann.

Balloting by the GOP delegates to endorse a candidate for governor is expected to take most of Saturday.