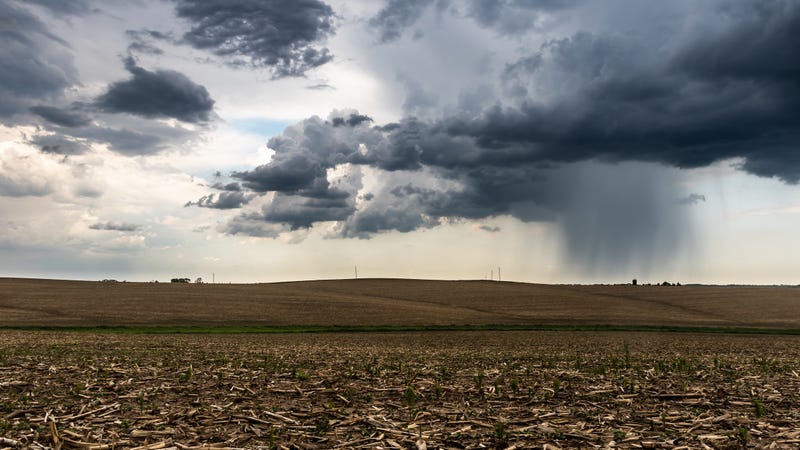 Central Minnesota farms are hoping to see rain clouds over the weekend as drought has increased across portions of the state. Photo credit (Getty Images / Dylan Lee)
By Lindsey Peterson and Paul Douglas

It’s been another very dry summer across the central part of Minnesota. Drought conditions have worsened and the U.S. Drought Monitor shows the area with severe drought has doubled since last week.

Friday is another windy, hot (90+) day. But the weekend could see some much-needed soaking rains.

WCCO Chief Meteorologist Paul Douglas takes you through a couple of weather headlines as we hit the weekend, plus Pete Boulay with the state climatology office shares his view of the ongoing drought.

We need the rain, but will it wipe out the whole weekend?
Short answer is no. There should be plenty of holes to get out of the house.

“I don't think it's going to be a total washout,” says Douglas. “A partial washout actually. I think most of the rain will come Saturday night and Sunday morning. There will be a few gaps of dry weather between these waves of storms which will come in later on tonight (Friday).

Paul says Friday should remain dry, with low nineties and definitely not as stinking hot as Tuesday was.

“The models are hinting that this stationary front is going to be just south of the metro,” Douglas explains. “It's going to act like a magnet for showers and storms, but I think the heaviest rain will be Saturday night, Sunday morning, then we kind of dry out midday and afternoon hours. So with a little planning, a little luck, keep an eye on the Doppler yourself and make wise decisions. But I think you'll be able to hit the spots you want to hit this weekend.”

14% of Minnesota is now in a severe drought and that’s a problem. Douglas says the main areas that are in desperate need of precipitation are around the Twin Cities. 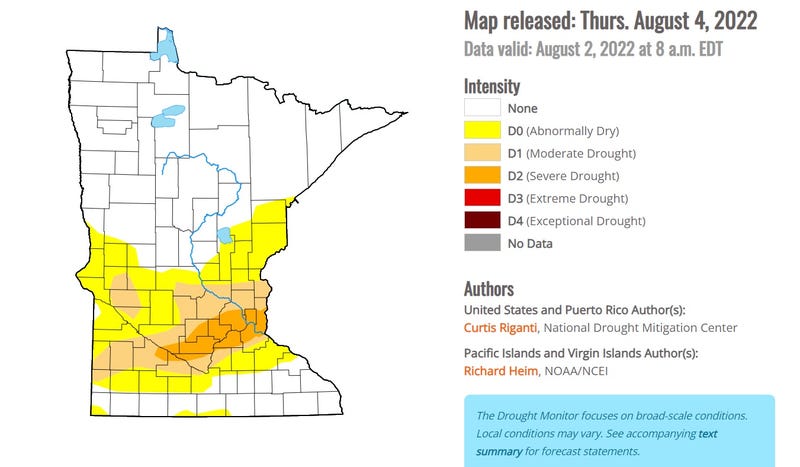 A large portion of central Minnesota is now in a Severe Drought Photo credit (Graphic courtesy of the U.S. Drought Monitor / NOAA)

Mainly southern Minnesota, the metro, are in a severe drought.

“So, it’s hard to get too upset about rain," Douglas said. "But we could easily get a half an inch to an inch of rain. I think there's going to be a band of two inches south of the metro.”

Farmers in the central part of Minnesota need this to happen Douglas says.

“So farmers, you know, farming corn, beans in southern Minnesota, this could be another million dollar rain,” Douglas says. “Perhaps the most widespread soaking since early June. A few spots could even get up to three inches of rain closer to Mankato and Faribault. Hard to say exactly where, but certainly south of the metro.”

Douglas adds that there is a slight chance of some more severe storms along the Red River Valley, but for the most part, this will not be a severe situation, even if there is a little thunder and lightning.

“It’s a little too cool for that,” he told Vineeta Sawkar on the WCCO Morning News.

About that drought, we really, really do need the rain.
Pete Boulay is the assistant state climatologist at the Minnesota State Climate Office. On Thursday, he spoke to WCCO’s Paul Hodowanic about the drought conditions, which is part of the state are considered severe. Boulay says it has been historically dry (again) in parts of the state.

“This new drought of 2022 really began in mid-May and intensified in June and July,” Boulay said. “And really this one's been driven by the lack of precipitation since June 1st. We’re 6.5 inches short of moisture in the Twin Cities.”

Boulay says the biggest concern is that this is the third year in a row where we’ve been dry.

Boulay adds that summer is the worst time for drought to occur since water evaporates faster due to the heat, and it speeds up the drought process quite a bit.

Prediction Time: Will the warm and dry conditions persist?
“The climate prediction center is saying continued warm and fairly dry conditions too,” says Boulay. “So we have to take it one month at a time and see what develops.”

However, Boulay says the fact that Northern Minnesota has not seen drought conditions is actually a positive for the rest of the state.

Boulay adds that the drought is still getting their attention, but says they have to wait and see where it goes from here as far as any further issues arise.

That is not the same situation in the Western United States where wildfires and major water shortages are happening thanks to prolonged (we’re talking years) drought. Towns in Washington state and also California are being evacuated due to fires and temperatures in the Pacific Northwest are historically high.

Meanwhile, the largest water reservoirs in the country, Lake Mead and Lake Powell, are literally drying up. 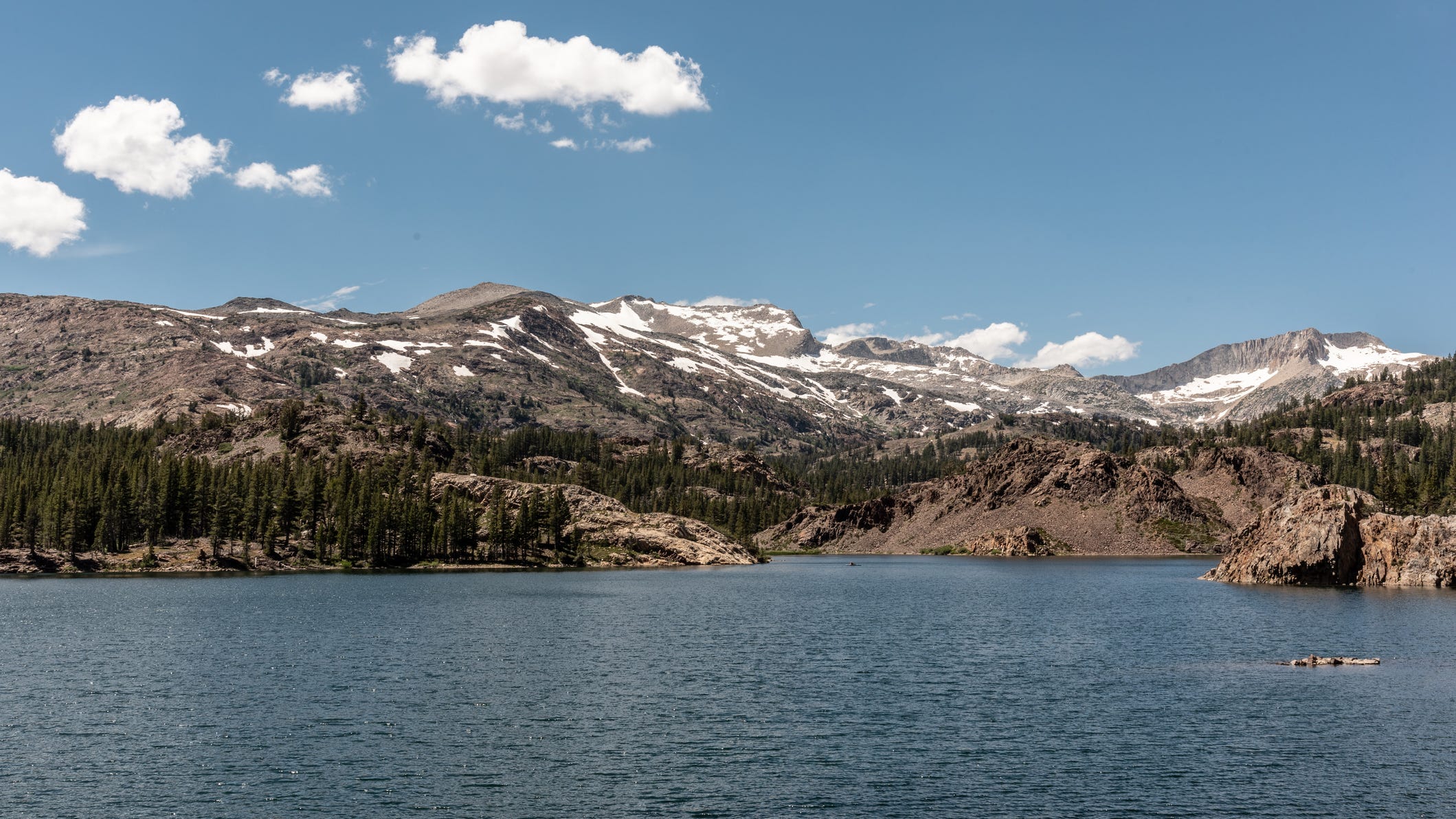 Snowpacks in the U.S. are disappearing and could cause significant issues

Forecast
Here is how the next few days are shaping up from WCCO Meteorologist Paul Douglas.