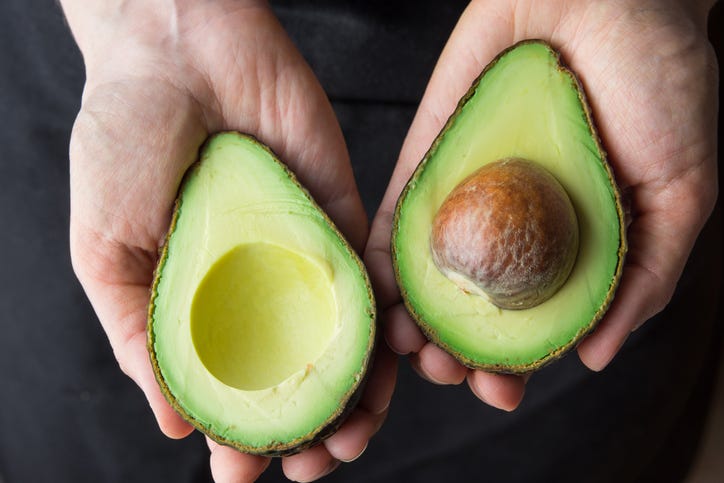 The guacamole really is extra!

A family in Hawaii has landed in the Guinness Book of World Records after their 5.6 pound avocado was certified as the world’s heaviest, according to CNN.

The Pokini family from Maui applied for the certification back in December after previously submitting a 5.7 pound avocado , but that was denied because of not having the proper documentation required for the stringent Guinness process.

This 5.6-pound avocado set a new world record and made enough guacamole for 20 people https://t.co/kG8diHr4CE pic.twitter.com/ABBxftqINx

They waited another ten months to harvest a new jumbo avocado from their ten-year-old, 20-feet-tall tree and then began the certification process again.

"For us it was having experts and witnesses available at the time of weighing the avocado along with a certified scale," Juliane Pokini said. "We also had to have everyone fill out a witness statement along with videotaping."

After more months of waiting, the family finally received the news that their massive fruit was the new champ.

While the previous record-holder was a 5.5 pound avocado grown in 2018 and also from Hawaii, the average weight for the tasty green delicacy is just around 6 ounces.

"This avo was about the size of my 12-year-old son’s head," Pokini revealed of her historic harvest.

Prior to being notified of their win, the family did what anyone with a 5.6 pound avocado would do; they “made a whole bunch of  guacamole.” In fact, they whipped enough of the glorious dip to feed 20 people, which would usually take about 10 avocados. Chipotle is shook!

Despite having their name in the record books, the Pokinis are not content with resting on their laurels.  The family is now eagerly awaiting to see what their tree produces in December when the new harvesting season begins again.