As the Buffalo Bills and NFL move towards free agency and the draft, my position-by-position "State of the Bills" offseason series continues with a look at the linebackers:

State of the position:

The Bills currently have seven linebackers on their active roster, and every one of them is under contract for the 2022 season. That’s great news, but it does not mean there aren’t decisions to be made.

Edmunds has been a lightning rod for Bills fans for, at least, a couple of years now. Just turning 24-years-old in May, he's still very, very young, but has now been in the league four seasons.

Last year, the team picked up Edmunds' fifth-year option, which means he’s scheduled to make $12.7 million this coming season, and count that much on their salary cap, as well.

His detractors will say Edmunds does not make enough game-changing plays, lacks quick-instincts, is sometimes swallowed up by big linemen, or even that he’s playing out of position.

His defenders will point to his youth, range, athleticism, and the fact that he is the middle linebacker on the No. 1 defense in the NFL, calling their plays. Those are the traits general manager Brandon Beane also brings up whenever commenting on Edmunds.

Beane has to decide soon if Edmunds is in the team’s long-term plans, and if so, at what price? He can try to lower the linebacker’s 2022 cap number by signing him to an extension this offseason. Or he can let him play out the final year of his deal then decide to either let him become a free agent, sign him to an extension at that time, or use the franchise tag on him.

If Beane doesn’t see Edmunds in his long-term plans, he can look to trade him this offseason, clearing that $12.7 million off the books. But then he'd have to look for a new middle linebacker.

Milano is going into the second year of a four-year, $41.5 million extension he signed last offseason with an annual average of $10.375 million. That ranks him 13th amongst traditional linebackers, which might be considered a bargain for his play.

While Edmunds has now made two Pro Bowls and will be making more money next season, it's Milano who most fans would argue is the better, and more talented linebacker of the two.

Milano has missed some games in the past due to injury, but played in 16 of 17 contests last season. As long as he stays healthy, the Bills are set at the weakside linebacker position for the next several years.

Klein has been a terrific backup the last two years. He filled in as a starter three different times last season, twice for Edmunds and once for Milano. Then he also started another game when the Bills chose to go with three linebackers, something they rarely do, to help defend the run against the New England Patriots in Week 16.

In other words, Klein started at weakside, strong side, and middle linebacker, at least, once last year. He's versatile, and knows the defense extremely well from all spots.

Klein is scheduled to count over $5.5 million against the salary cap in 2022, and the Bills can shed $5.1 million of that by releasing him. I would imagine that would absolutely be a consideration, considering they need to clear some space.

However, here's another instance where Beane could try to extend the contract for another year or two, while lowering that salary cap number this year.

Dodson was scheduled to become an Exclusive Rights Free Agent this offseason. The Bills would have retained his rights simply with a qualifying offer for the minimum salary of a three-year player, but instead of waiting for the window to open to do that, they got it done early and signed him to a one-year contract extension.

The net impact is exactly the same. Dodson is another versatile backup. He can play both middle and outside. He's also a core special teams player, lining up for over 67% of the Bills' special teams snaps last season, fifth-most on the team. There’s no reason to expect him not to have the exact same role in 2022.

Speaking of special teams, no one played more on those units last year than Matakevich, at close to 80%.

Stop me if you've heard this before. Matakevich is scheduled to count $3.5 million next season against the cap, and the Bills can save $2.5 million by releasing him, taking on a dead cap hit of $750,000. The option of extending him and lowering that number is there with him, as I've mentioned with others, and the Bills actually already did that a year ago. We'll see if they do it again.

Smith is essentially "Matakevich Light". After being inactive the first two weeks, he played the remaining 16 games, but never saw a single snap on defense. He was eighth on the team in total special teams snaps played at just shy of 60%. He's under contract for next season for $1.2 million.

Giles-Harris was on the practice squad all season. He was elevated to the active roster for three different games, appearing only on special teams in those contests. He signed a Reserve/Future contract at the end of the season to return to camp and fight for a spot once again. 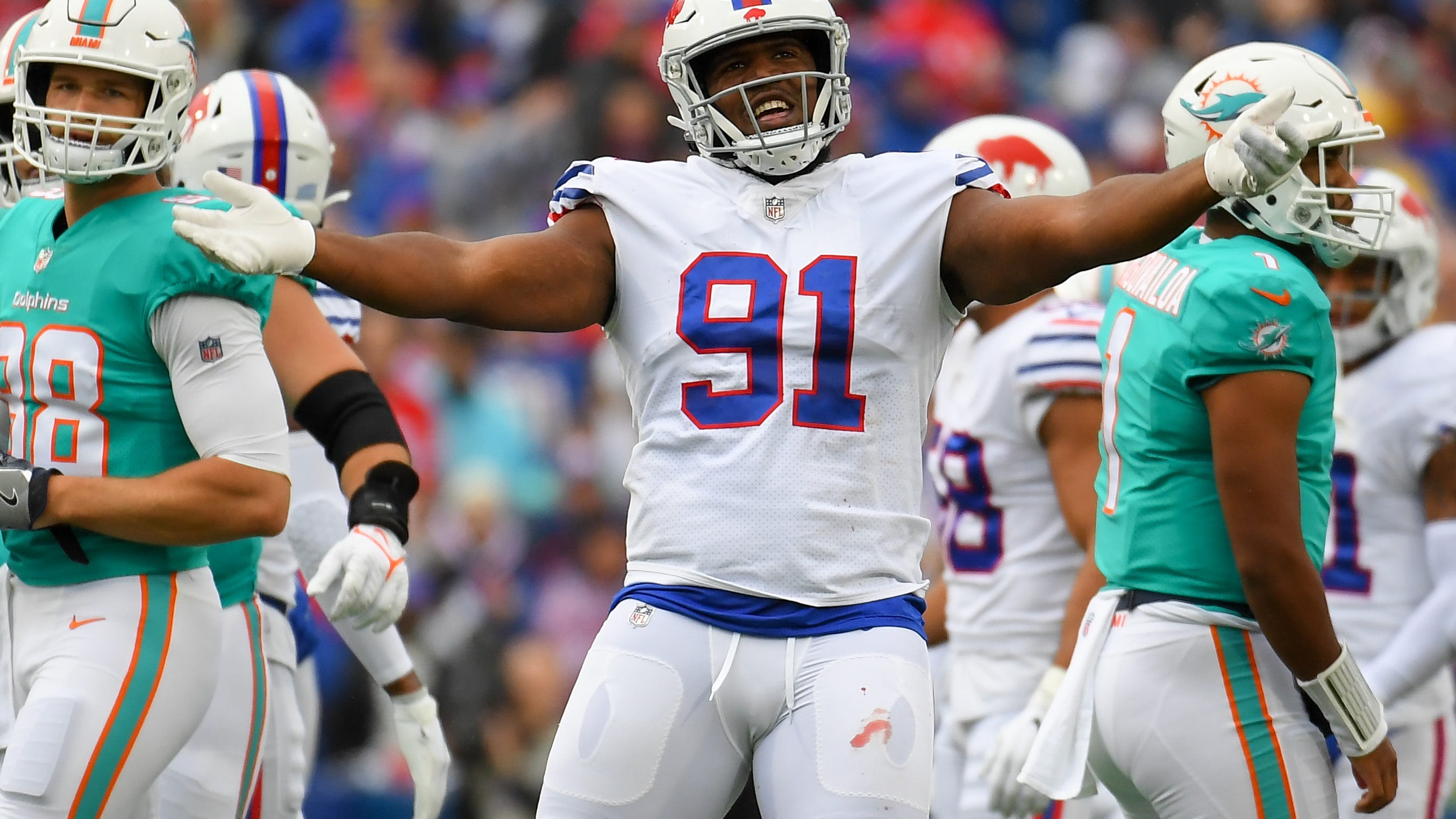 Photo credit Outlet Liquor
We strive to be a platform where varying opinions may be voiced and heard. The views, thoughts, and opinions expressed by the author(s) of this article and/or by those providing comments are theirs alone, and do not represent those of Audacy, Inc. We are not responsible for any damages or losses arising from this article and/or any comment(s).
Featured Image Photo Credit: Rich Barnes - USA TODAY Sports