Orchard Park, N.Y. (WGR 550) - The Buffalo Bills rolled to a 38-3 win over the Pittsburgh Steelers on Sunday at Highmark Stadium.

That means I get to start with my Arrows Up, once again: 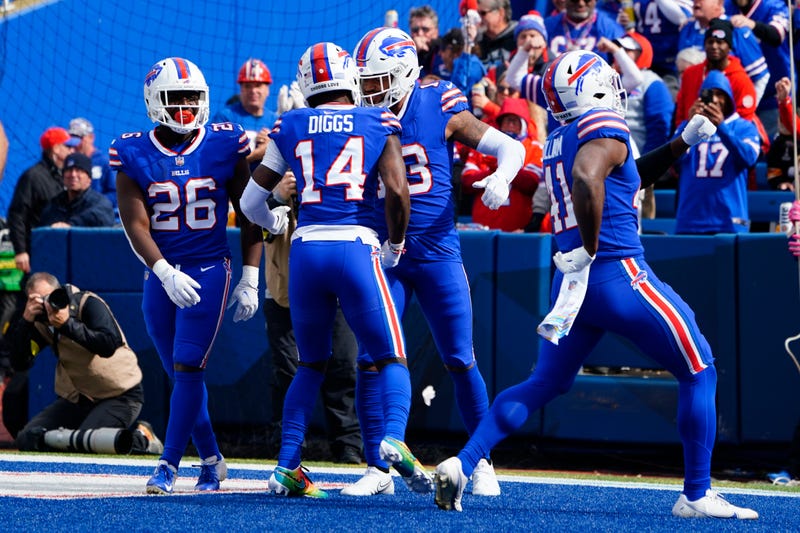 Allen set a career high in passing yards and, in the process, a Bills franchise record for passing yards in a non-overtime game with 424. He also threw four touchdown passes.

If it weren’t for tight end Quintin Morris fumbling at the goal line, he would’ve had five.

Allen also contributed 42 yards rushing to give him a total of 466 offensive yards on the day.

The Bills averaged 10.2 yards per-offensive play on Sunday against the Steelers (552 yards on 52 plays). According to my research at Pro-Football Reference, that's the third-highest average yards per-play in a game in NFL history.

Davis had a pretty incredible day, finishing with only three catches, but going for 171 yards, averaging an incredible 57.0 yards per-catch.

He started the game with a 98-yard touchdown reception, and later had another from 62 yards out, ripping the ball away from Steelers safety Minkah Fitzpatrick.

All of this while playing on an ankle that has been bothering him for a couple of weeks.

Not to be left out of the offensive aerial assault, Diggs put up some pretty impressive numbers himself, catching eight passes for 102 yards and a touchdown.

Several of the Bills' 2022 rookie draft class stepped up big to contribute to the win.

The Bills have to feel really good about this class of rookies they brought in.

The Bills' offensive line and backs did a really nice job of keeping Allen and backup quarterback Case Keenum clean all game. Neither were sacked at all, and the Steelers were credited with just one official quarterback hit, despite throwing the ball 36 times.

No Jordan Poyer. No Micah Hyde. No Tre’Davious White. No Christian Benford.

No problem for the Bills secondary that was still able to shut down the Steelers, especially when it came to critical situations.

The Bills ran the ball just 18 times all game, but collected 120 yards, averaging 6.7 yards per-carry as a group.

The Bills converted five of their nine third down chances (55.6%).

Third and fourth down defense

The Bills held the Steelers to just 54 yards rushing and only 3.2 yards per-attempt.

The Steelers' top running back was held to just 20 yards on 11 carries, an average of 1.8 yards per-attempt.

Dodson led all players in the game with 11 tackles, including one for a loss, a sack and added a quarterback hurry.

Neal didn’t play much defense, getting in late in the game after it was out of hand. However, he had four pass breakups.

Only one Bills player has more on the entire season! (Jordan Poyer - 6).

The Steelers were inside the Bills' 20-yard line four times and failed to score a touchdown.

Another second half shutout

They’ve allowed a total of seven points in the second halves of games this season. 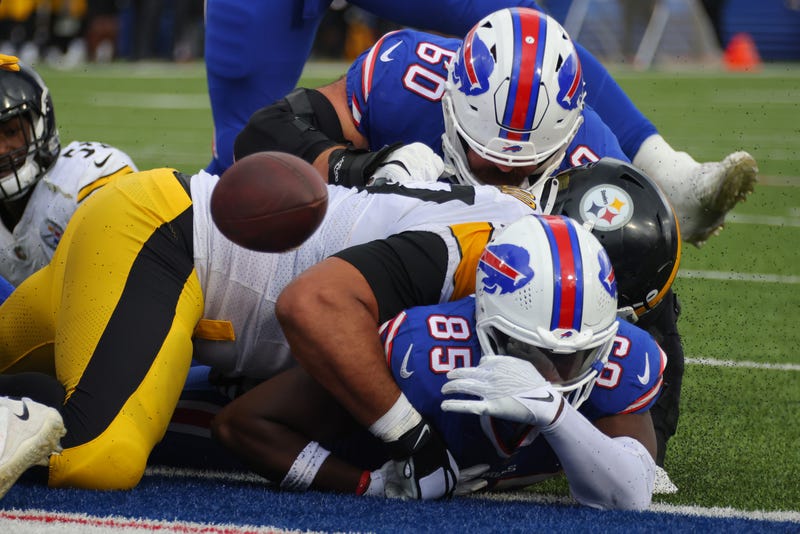 Taiwan Jones on the opening kick off

It was a windy day in Orchard Park, but not too windy to field kickoffs.

However, Jones fumbled the opening kickoff of the game and then had trouble picking it up. He ultimately was tackled at the Bills' own two-yard line, where they had to start.

They scored a touchdown three plays later, but it could have been disastrous.

As written earlier, Allen should have had five touchdown passes. The fifth would have come on a shovel pass to Morris, who tried to stretch his body across the goal line, but fumbled on his way down.

It was recovered by the Steelers in the end zone for a touchback.

With the Bills up 7-0, they had a chance to extend their lead early in the game. However, Tyler Bass’ 49-yard field goal attempt was blocked.

Along with Jones’ opening kickoff fumble, it was the second special teams miscue of the game.

The Bills scored only one touchdown, despite four trips into the Steelers' red zone.

Photo credit Outlet Liquor
We strive to be a platform where varying opinions may be voiced and heard. The views, thoughts, and opinions expressed by the author(s) of this article and/or by those providing comments are theirs alone, and do not represent those of Audacy, Inc. We are not responsible for any damages or losses arising from this article and/or any comment(s).
Featured Image Photo Credit: Gregory Fisher - USA TODAY Sports