Don Larsen pitched a perfect game for the New York Yankees in the 1956 World Series. 27 batters faced, 27 batters retired. It is the only perfect game in Major League Baseball’s postseason history.

The Buffalo Bills offense was Don Larsen on Saturday night at Highmark Stadium.

Josh Allen and company played the football equivalent of a perfect game, and it was one of the greatest single-game experiences a Bills fan will ever have.

The Bills became the first NFL team to ever play a game without punting, kicking a field goal or turning the ball over. There were seven drives, not counting the kneel-downs at the end of the game, and all seven drives ended with a touchdown. The Bills never had a play on fourth down!

In addition to scoring perfection, the Bills were 6-for-6 on third down, and 6-for-6 in the red zone.

They did all of that in a playoff game, against a Bill Belichick defense, and a defense that was either first or second in the league, depending on what metrics you use.

So much for Allen's struggles in the cold weather. The Bills produced this historical performance on a night when wind chills were below zero degrees.

Everything the Bills offense touched on Saturday night turned not to ice, but to gold.

Brian Daboll, who might have locked up the Miami Dolphins' head coaching job after a game like this, drew up an excellent game plan and called it to perfection. 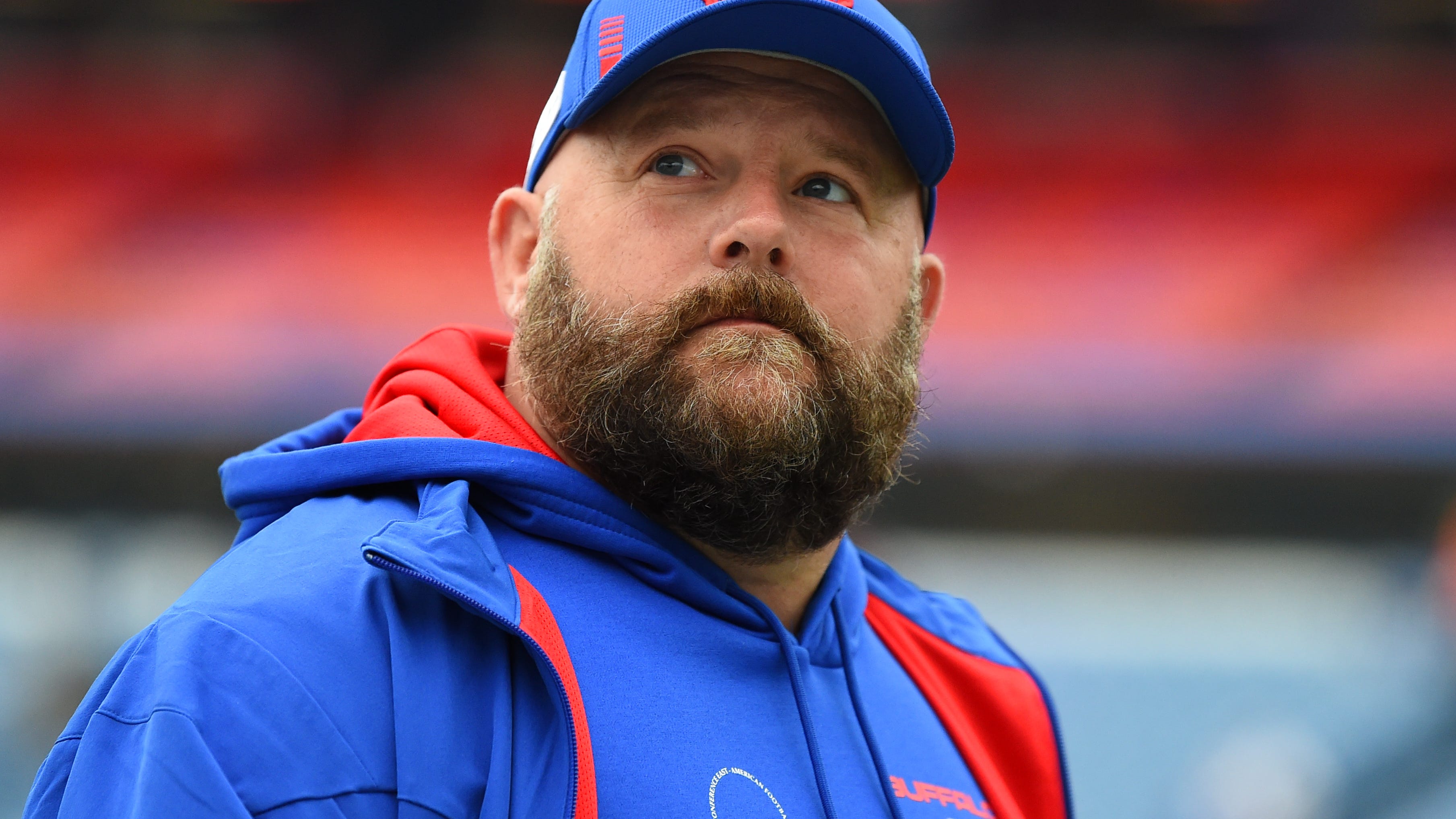 Allen was in absolute total control. The Patriots had no answers, and had no idea how to stop him. It felt exactly like so many of those Tom Brady beatdowns of the Bills over the years.

The way the Bills moved up-and-down the field with ease, it was as if they were motivated by making up for 20 years of frustrations on behalf of Bills fans in this one game. It truly was a sight for sore eyes.

The Bills exacted revenge on the bully to the point where there was even a touchdown pass to rookie offensive lineman Tommy Doyle. The Bills led by as much as 37 points, which was the largest deficit for any Belichick-coached team at any point in any game.

Every coach and player involved with the offense should get a game ball for this very memorable show.

The offensive line, which has looked significantly better since Ryan Bates has been starting at left guard, dominated their matchup. Allen was barely touched. New England had no sacks and only one quarterback hit, while Allen was completing 80% of his passes for 308 yards, and a Bills' playoff record five passing touchdowns.

The line, and the skill players, aced their assignments when it came to run blocking too.

Devin Singletary continued, what is easily, his best stretch with the Bills. He has brought life to a Bills running game that relied mostly on Allen. Singletary had 81 yards and two touchdowns on 16 carries.

As a team, the Bills ran 29 times for 174 yards, which is a robust six yards per-carry.

Tight end Dawson Knox is adding to his breakthrough season. He led the team with five catches and 89 yards, and became the first Bills tight end to grab two touchdowns in a single playoff game.

I was extremely confident about this matchup, but there was no way I would have predicted how easy the Bills made it look. It was child's play.

It reminded me of the famous 51-3 destruction of the Los Angeles Raiders in the 1990 AFC Championship Game. Every time the Bills had the ball, you expected they would go right down the field and score, and they did.

For all of this to happen against Belichick and New England, and in the first fully attended home playoff game in 25 years made for a night Bills fans will never forget.

Enjoy it as much as you want for the next few days, and then it's on to the AFC Divisional Round.