Buffalo, N.Y. (WGR 550) - Of the hundreds of professional athletes to have called Buffalo home throughout the years, there is a select few who need no introduction.

Martin Biron is one of those few, as the former Sabres goaltender joined the “Howard and Jeremy Show” on Wednesday to catch up on what’s to come this offseason for the Buffalo Sabres.

Given the Sabres' success towards the end of the 2021-22 regular season - despite missing the playoffs for an 11th-consecutive season - Biron believes the Sabres and general manager Kevyn Adams are not going to be all too active this offseason.

“I don’t forsee the Sabres swinging for the fence again this summer,” said Biron with Howard Simon and Jeremy White. “I think they are going to just go about their business. I don’t see them having a ton of needs, I like what they have in their younger players and I hope they give them the opportunity to develop.”

One of the big focal points for the team this offseason will be surrounding goaltending. Last season was a revolving door for Sabres netminders, which saw six different players getting starts for Buffalo.

Of the six goalies, Craig Anderson saw the most action with 31 games played, but he just turned 41-years-old last month. That will certainly create a need for more youth in the Buffalo crease, with all eyes pointing to 23-year-old Ukko-Pekka Luukkonen finally taking that next step.

“At this point. 'UPL' has done his development in Rochester,” Biron said. “Now is the time to see what you have in him at the NHL level. Keep in mind, having success at the AHL level doesn’t always mean success at the NHL level. You have to let a goalie play in the NHL to see what their skill set really is. Therefore, I think it’s time to give 'UPL' a realty strong look to start the season and see what he’s got.”

Goaltending aside, Biron is optimistic about what he sees from the rest of the team going into next season.

"I like the way the Sabres are put together," he said. "I like the step Tage Thompson has taken, and I love the addition of Alex Tuch. I think the defense with [Rasmus] Dahlin, [Owen] Power, [Henri] Jokiharju, and [Mattias] Samuelsson could be together for the next several years with how young they are, so I think the Sabres are ahead of what’s behind them.”

While the future of the Sabres may look bright at the moment, there is still much ground for the team to make up if they want to find themselves in the playoff picture next season.

After finishing fifth in the Atlantic Division with 75 points, Buffalo was still 25 points away from the Washington Capitals in the Wild Card standings. The Sabres were also 32 points behind the Boston Bruins, who finished one place above them in the division.

Despite there being a large point gap, Biron remained optimistic for the Sabres’ ability to close that gap.

“Boston may be in a position to fall with their injuries, hiring a new coach, and the situation surrounding what’s next for Patrice Bergeron. However, I think Washington is going to be the one that falls hard," Biron believes. "[Nicklas] Backstrom undergoing surgery is a tough loss, and the goaltending situation is tough there. So I would bet on Buffalo to move past them before I bet on another team. We may see 95 points being the threshold for the playoffs next season, but even then, that’s still a smaller drop in points for Boston and Washington than gain it would have to be for the Sabres.”

As the Sabres get into offseason mode this summer, looking to make improvements to the roster and depth in the organization, the team will also get ready to induct its all-time leader in wins, saves and games played by a goalie - Ryan Miller - into the Sabres Hall of fame. In addition, Miller's No. 30 will be the latest to join the franchise greats in the rafters of KeyBank Center. 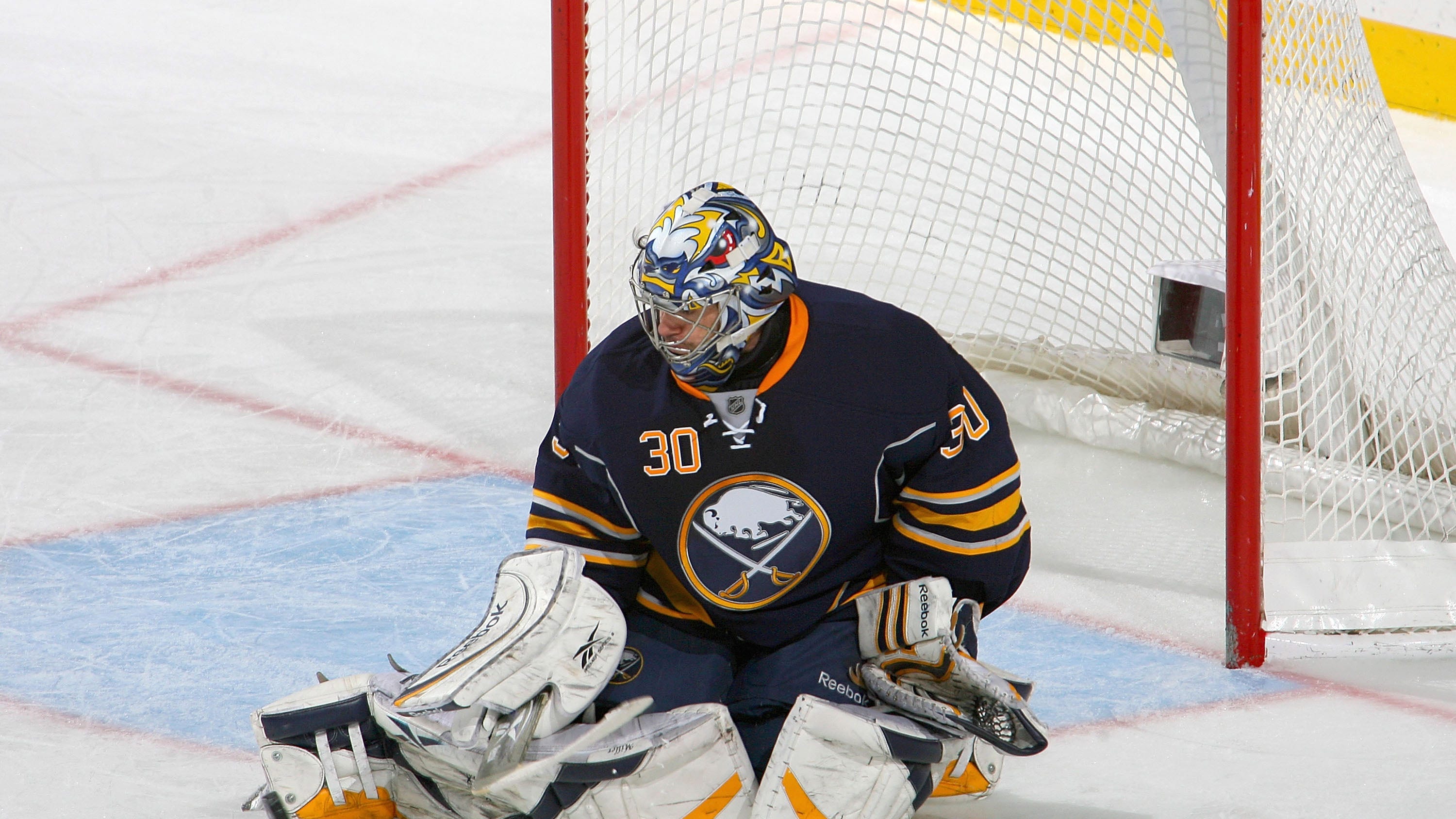 Ryan Miller to have number retired by Sabres

Biron was happy to hear of the team's intentions to honor one of the best players to ever wear a Sabres uniform.

“I think Ryan’s number retirement tells the fanbase and players you can do a lot of great things on the ice, but it’s also the things you do off the ice and the overall person, athlete and role model that you are makes a difference,” Biron said. “I think the players this year understood that, and Ryan Miller was such a perfect example of a guy who was a great competitor, and leader in the locker room and community. Therefore, his number being retired is well deserved. You really got the full package from him.”

Hear more of our conversation with Biron in the player below: