With snow blowing left and right on Monday afternoon, the Buffalo Sabres and Detroit Red Wings faced off for a matinee matchup on Martin Luther King Day at KeyBank Center.

The Red Wings are familiar foes for the Sabres, as the two teams played just a couple days ago in Detroit, which resulted in a 4-0 win for the home team. The Red Wings are 4-4-2 in their last 10 games, as they look to keep climbing the Atlantic Division standings in search of a playoff spot.

Things started off hot for the Sabres, who came out on top in the first period with a goal from defenseman Henri Jokiharju to make it 1-0. The Sabres outshot the Red Wings, 7-4, in the opening 20 minutes.

Things stayed stagnate between the two teams in the second with no goals scored by either team.

However, things really started to take off in the third period. Jeff Skinner netted his 14th goal of the year to put the Sabres up by two.

From there, though, it was all Red Wings.

Vladislav Namestnikov got things going with a shorthanded marker to make it 2-1, then captain Dylan Larkin tied the game shortly after.

The two teams couldn’t solve things in regulation, so they headed to overtime, where Detroit kept a stranglehold on the game. Larkin ended the contest a few minutes into overtime for his second of the day, and the game-winner dropped the Sabres' overtime record to 1-7 on the season. 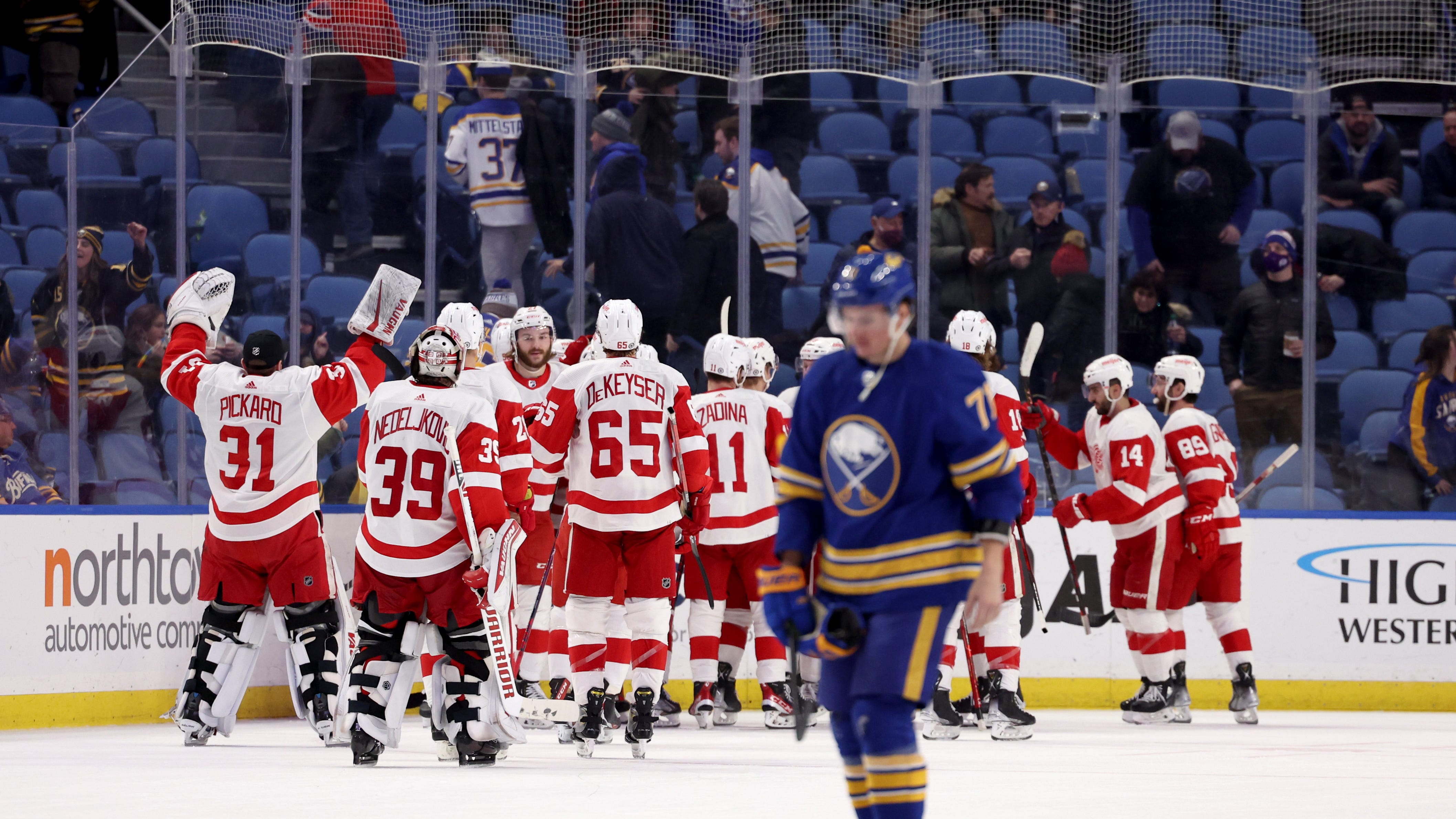 Detroit comes back to defeat Sabres in overtime

The Sabres seemed to have this game on lockdown heading into the third, so what exactly went wrong?

Let's check out three observations from this game: 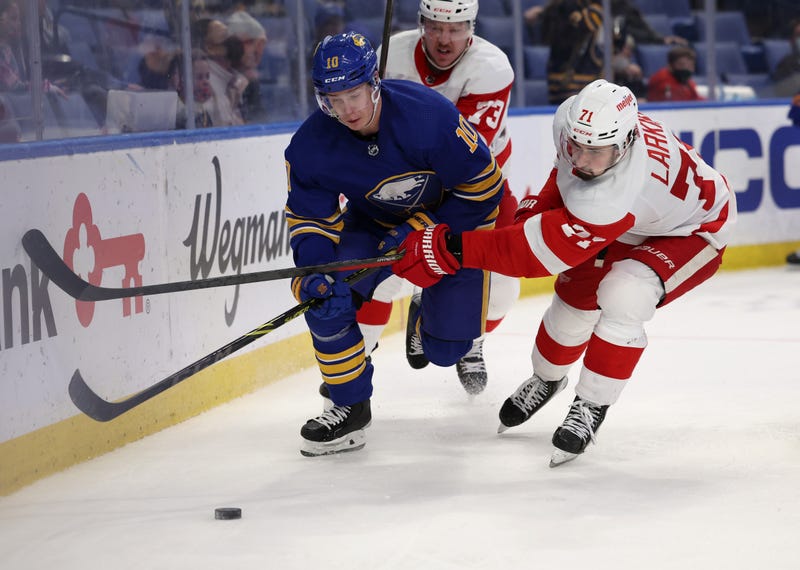 Throughout the game, especially in the first period, Buffalo was eating pucks like they were candy. Throughout the whole game, the team combined for 13 blocked shots. For some perspective, Detroit only blocked six shots.

Blocked shots might not seem that important, but when Buffalo's goalie is, essentially, the fifth-string guy, it certainly doesn’t hurt to sacrifice the body more.

Another good takeaway from blocking shots is it shows the players are willing to take one for the team. While that might sound cliché, at the end of the day, it makes a difference.

The team needs a good foundation for teamwork, and this could be a building block. 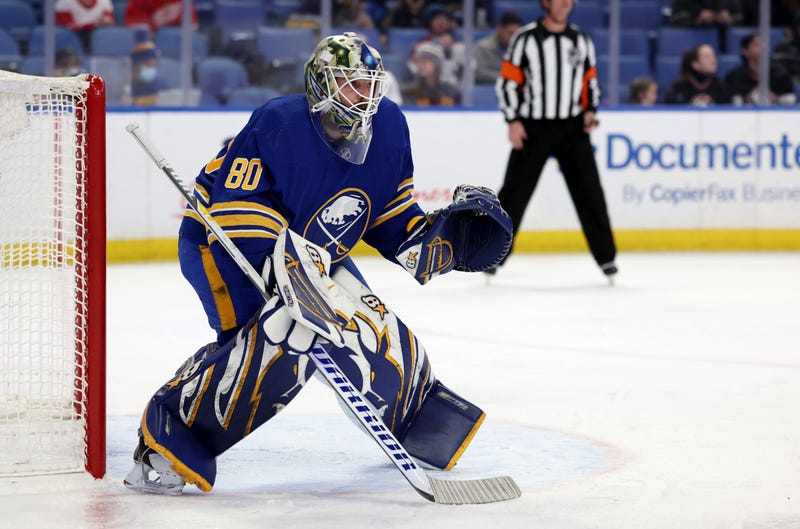 Aaron Dell and Micheal Houser were both thrown back into the NHL last week due to injuries to Sabres goaltenders.

In Dell’s first five games for the Sabres this season, he didn’t record a single win, and conceded 20 goals in that span. Not good.

Since being called up again, the 32-year-old netminder has earned his first win with the Sabres, and looks much more steady.

Through two-and-a-half periods on Monday, Dell was perfect until the team fell apart around him.

While Dell, by no means, is the long-term solution in Buffalo, it’s a welcome sight to see him improving. 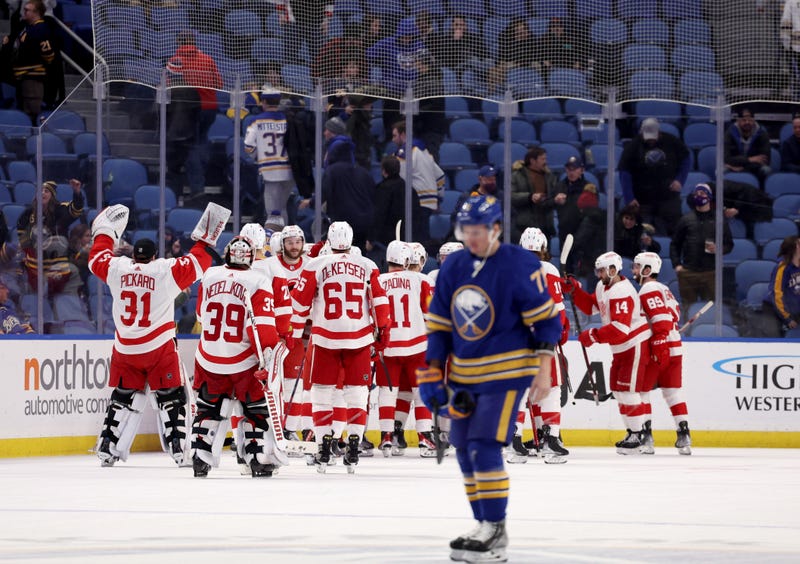 The Sabres have blown multi-goal leads on numerous occasions this season. This game Monday was the second time this year they’ve done so against the Red Wings.

Buffalo and its young core need to learn how to effectively gain and hold onto their leads.

This could just be something that comes with time, but the clock is always ticking in the NHL season.

Buffalo will next take to the ice on Tuesday night against the Ottawa Senators at the Canadian Tire Centre in Canada's capital. The Senators are just below the Sabres in the division standings with a record of 11-18-2 and 24 points.

Sabres pregame coverage on WGR starts at 6 p.m. EST with Mike Schopp and the Bulldog. Puck drop is set for 7 p.m. EST on the radio home of the Sabres - WGR Sports Radio 550.