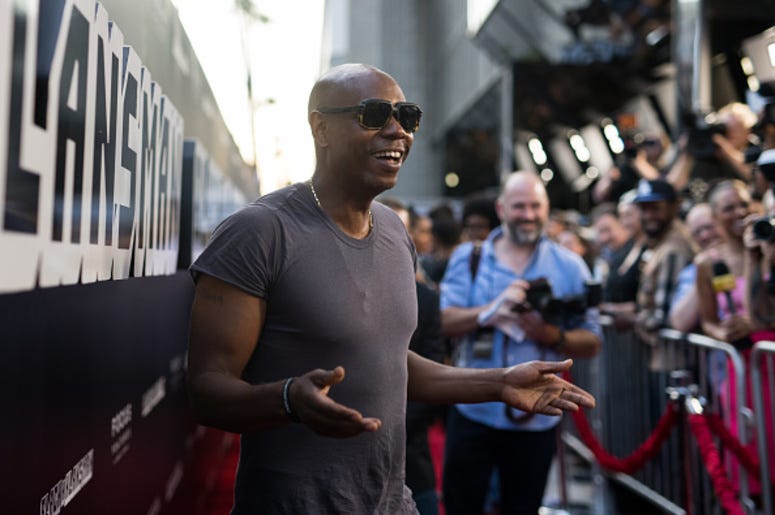 The bride always deserves to be the center of attention on her wedding day.

However, even the bride couldn't help but be distracted when her wedding reception was crashed by a celebrity.

According to NBC News, the Texas couple was taking part in the tradition known as the first look at the Line Hotel in Austin when the comedian made his way into the background of their photos.

The groom "showed his emotion right away, and when they hugged, people inside of the restaurant cheered loudly," wedding photographer Anna Szczekutowicz revealed.

"I thought this was a reaction to the very sweet moment that Matt and Eleanor were sharing, but seconds later, Dave Chappelle popped out from inside the restaurant!” she added.

The couple was happy to share the moment with the star and even got some socially distanced photos with Chappelle.

"We thanked him and his friends inside the restaurant. It all happened so fast, but we could not stop talking about it throughout the day," Szczekutowicz said. "We were just at the right place at the right time!"