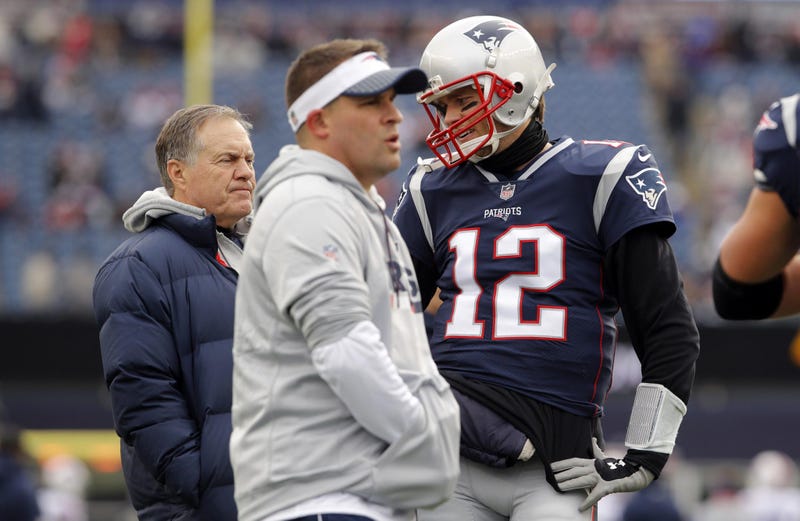 FOXBORO — This is it.

No matter what, the Patriots have a maximum of two games left with Bill Belichick, Josh McDaniels and Matt Patricia being together on the Patriots’ staff, as it seems certain both coordinators will be leaving for head-coaching jobs after the season.

The trio have been together in their current roles since 2012 when McDaniels returned to New England for a second stint and Patricia was given the defensive coordinator title.

It’s been six years of remarkable success. During that span, the Patriots have a record of 75-21 in the regular season, two Super Bowl wins, three Super Bowl appearances, and this will be their sixth trip to the conference title game. No trio has ever come close to this in the history of the NFL.

An absolutely remarkable run, which has been the key to the Patriots’ overall success. The continuity with these three, several other members of the coaching staff and key players has been the biggest reason for the dominance of the organization.

Tom Brady and McDaniels have arguably the best relationship between a quarterback and offensive coordinator in all of football. The two are in constant communication over the course of the week about game plans and ways to get better, even when they are away from the Gillette Stadium facility. Then once the game begins, no one knows Brady better than McDaniels.

“I’ve been fortunate to have the opportunity, going back all the way to 2004, to have an opportunity to coach him as a football player but also to get to know him as a person,” McDaniels said on a conference call earlier this week. “A lot of things have changed since 2004. Now we have kids and married and got other hats that we wear – husband, father – but certainly he’s as good at those other things as he is as a football player, if not better. He’s been a great friend – had a great relationship over many, many years with him. It’s been a privilege to coach him.”

Whoever replaces McDaniels, likely wide receivers coach Chad O’Shea, just won’t have the same relationship with Brady as McDaniels does. And overall, the offense won’t be the same as it was because of how good McDaniels is at what he does. There won’t be a huge drop-off, but certainly things will not run as efficiently as they do with McDaniels.

Defensively, this may be Patricia’s best work with the defensive unit. After a brutal first four weeks of the year when the defense was second-to-last in points allowed, it finished the year ranked fifth.

Patricia not only got the unit turned around quickly on the fly, he did it with a number of players who weren’t even with the Patriots during training camp.

Marquis Flowers came over from the Bengals at the very start of the year and ended up playing an important role at linebacker. In the middle of the year, Eric Lee was signed off the Bills’ practice squad and he is a very important player at defensive end.

Patricia’s biggest strength as a coach is he gets the most out of his players. Even if they aren’t the most skilled, he finds what they do best and makes them fit in the defense. Also, players love playing for him.

"You can tell that coach Patricia really cares and he really believes in his players," said rookie Adam Butler earlier this season. "Obviously he believes in himself and his system, he is somebody that is really easy to rally around, and I think something that makes players better is when they have chemistry with the coach. He's somebody who has chemistry with all of his players, not just a few."

If he doesn’t take a head-coaching job himself, Brian Flores would be the top candidate to replace Patricia and while he would likely do a good job, it’s hard to replicate Patricia. Not only when it comes to the way he coaches and gets the most out of everyone, but the connections he’s made with the players over the years.

Watching games across the league the past few weeks, it’s quite obvious how good the Patriots have it from a coaching perspective. Next year certainly won’t be a disaster, but it won’t be what it's been with Belichick-McDaniels-Patricia.

No trio ever will.