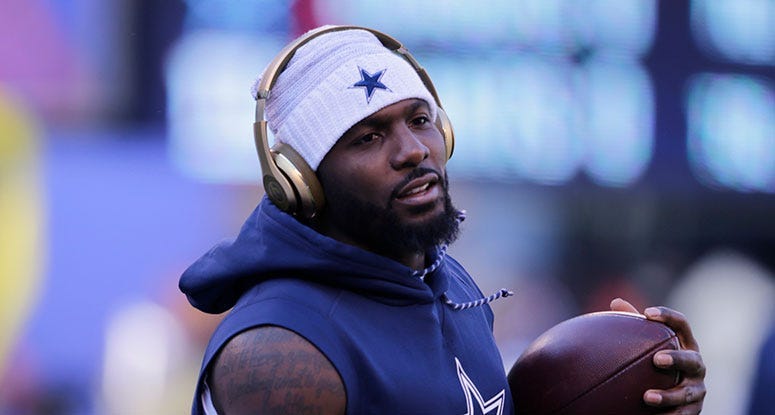 The Patriots wide receiver position has gone from one of the strongest groups on the roster early in the offseason to now one of the weakest.

Quite frankly, this group is borderline one of the worst groups Tom Brady has ever worked with. It would not be a surprise to see the team add a receiver between now and the regular season. Fortunately for them, there are a few decent options still available.

Here are five players the Patriots could potentially target.

This is the big name that everyone will want, but does it really make sense? While Bryant has lowered his demands money-wise, it likely won’t be enough for the two sides to come to an agreement. Look at Decker signing for just $1.9 million. It would not be a surprise for the Patriots to check in on Bryant and see where he’s at just because he could help the offense on the outside, but it just doesn’t seem like a deal could come together.

LaFell remains on the market and is an intriguing option, especially since he has shown he can contribute in the Patriots offense. He spent two years with the team (2014 and 2015) and it can be argued the team doesn’t win Super Bowl XLIX without him. In 16 games with the Bengals last season, he caught 52 passes for 548 yards and three touchdowns. LaFell appeared to have good chemistry with Brady during his time in New England, so this could make some sense if the wide out was willing to come back.

The veteran receiver remains a free agent, but his dependability remains a question. He’s played 12 games the last two seasons, which have forced his numbers to take a significant hit. After back-to-back, 1,000-yard seasons in 2014 and 2015, he’s had 440 and 536 yards receiving the last two seasons respectively. It also may be hard for Maclin to learn the offense as he has no familiarity with it.

This is a bit of a long shot, as the 33-year-old probably doesn’t have much left in the tank, but he is a receiver still available who has been a major contributor in the past. His best year came in 2013 with Atlanta when he caught 85 passes for 1,067 yards and two touchdowns. With that being said, it does seem unlikely. This isn't 2014, it's 2018.

Like the Patriots have done with Matthews and Britt, typically veterans get released before the Sept. 1 deadline to give them a chance to catch on with other teams. The Patriots certainly will be looking at the transaction wire every day to see if a receiver with potential has been let go. Also, don’t rule out a potential trade, as Bill Belichick has never shied away from making a deal this time of year.