Tom Brady was in a good mood following Saturday's 24-17 win over the Bills, which clinched the AFC East for the 11th straight season, and it carried over through the weekend.

Brady was upbeat in his interview Monday morning on The Greg Hill Show with Mike Mutnansky, Jermaine Wiggins and Nick "Fitzy" Stevens filling in.

The quarterback touched on a number of different topics, including a story in the Boston Globe Monday featuring his dad (Tom Brady Sr.) where he acknowledges he was semi-seriously banned from speaking to the media a few years ago.

“Well apparently he doesn’t listen because he’s still talking to the media," Brady said in response to the story. "My dad, he’s just an amazing man. He’s very forthcoming with information, so I keep telling him, ‘Dad, of course they are going to keep calling because you keep talking.’ When he speaks (everyone) thinks I am speaking, but I am not speaking. I said, ’It’s hard for me to tell you anything…’ What I have learned is I just can’t tell my dad anything. He has his own opinions and dads do what dads do.”

He added: “I love my dad. He’s an incredible man and he’s been my role model my whole life. But, he does like to talk.”

It was announced Sunday night the 42-year-old will be one of the quarterbacks on the NFL 100 All-Time team, which has been unveiled over the last few weeks on NFL Network. It was also revealed Brady will be part of the show Friday night as he recorded a few segments with Rich Eisen, Cris Collinsworth and Bill Belichick.

“It was a fun day," Brady said. "I was in New York and flew down to the NFL Films studios when they were filming. It was actually the first segment and we were the first people that were interviewed in the whole thing. It was fun. Cris Collinsworth was there, Rich Eisen, Coach Belichick (and I) got to reminisce a little bit and then had a few other quarterbacks, who I can’t name, come onto the set.

"It was really cool. Very surreal for me to be part of that. It’s an incredible honor. And I know 100 years in the NFL you can’t just name 100 great players, there’s thousands and thousands. To even be considered as one of the greats to play, I would never have imagined that in my life. Very honored and very flattered and very humbled.”

As for things on the field, Brady once again stepped to the podium for his postgame press conference with his elbow wrapped in ice, but the quarterback says it is not a big deal.

“It feels good. It feels good," he said. "My elbow is not a problem. I got hit on it and I think any time you get hit on a joint you’re going to have a little soreness, but it feels good. I couldn’t imagine feeling any better at this point of the season. Not dealing with anything, just ready to go out and practice and again play my best game of the year.”

There's no question this season has not gone as planned and it's been a grind despite the 12-3 record, but Brady knows it's impossible to predict how a season is going to go.

“However you think you can predict how the year is going to go, it usually doesn’t do that," he said. "I don’t think anyone would have predicted Elandon Roberts would be playing fullback for a big portion of that last game, whatever, 14 weeks ago. Or different guys would be stepping in filling different roles. You can’t make predictions, you just have to go out there, try to come up with a good plan every week and you go up against good opponents, and they have good plans, they have good players, they are executing.

"Certainly Buffalo, they are a playoff team, one of the best teams in the league. I though that was a tough, hard-nosed game. I am glad we came away with a win, but at the same time, we have to learn from it. It wasn’t perfect. We have to move on and try and put together a great plan this week and go execute it.”

The Patriots will close out the year with a home game against the Dolphins and a win would get them a first-round bye. 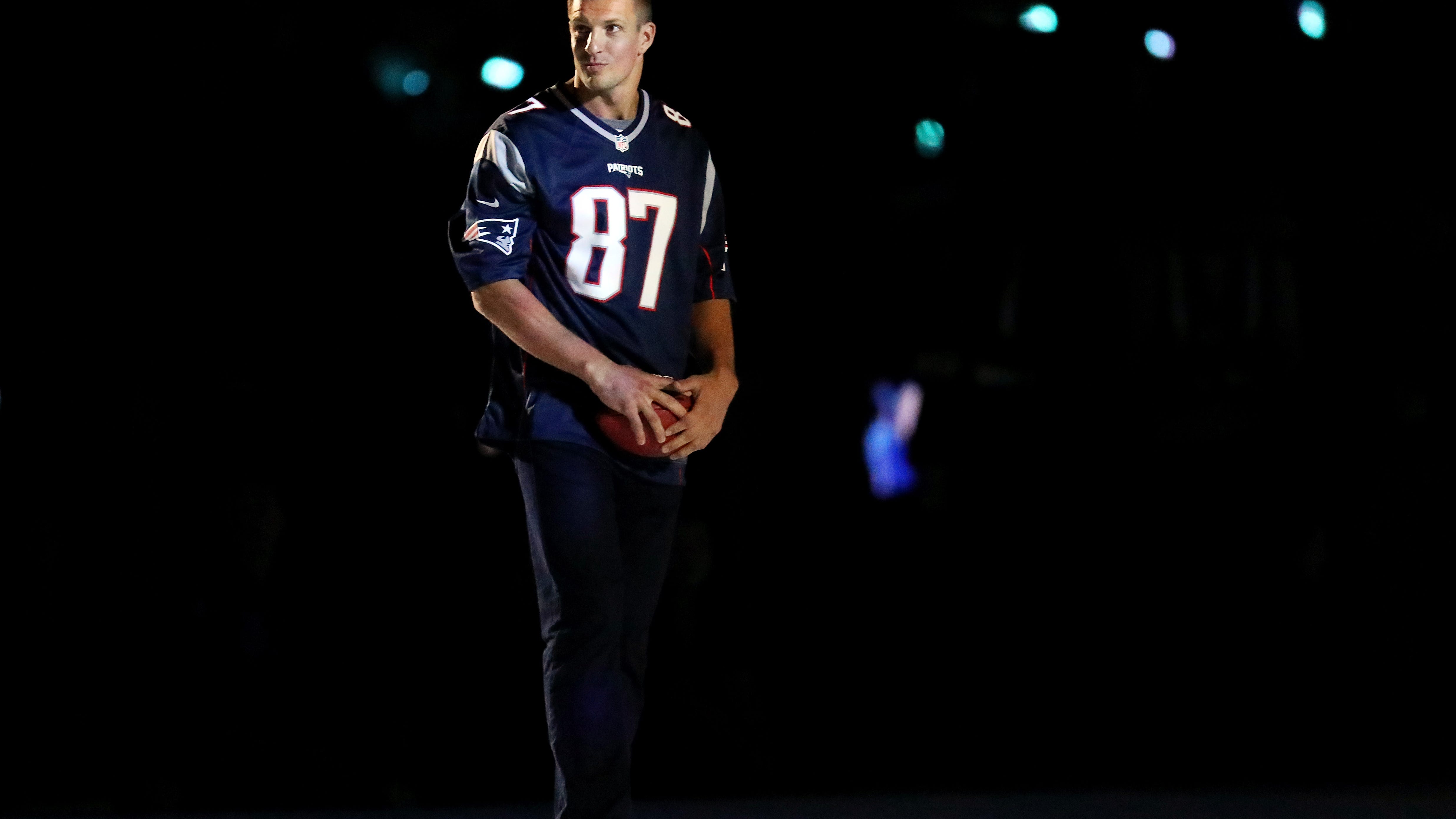