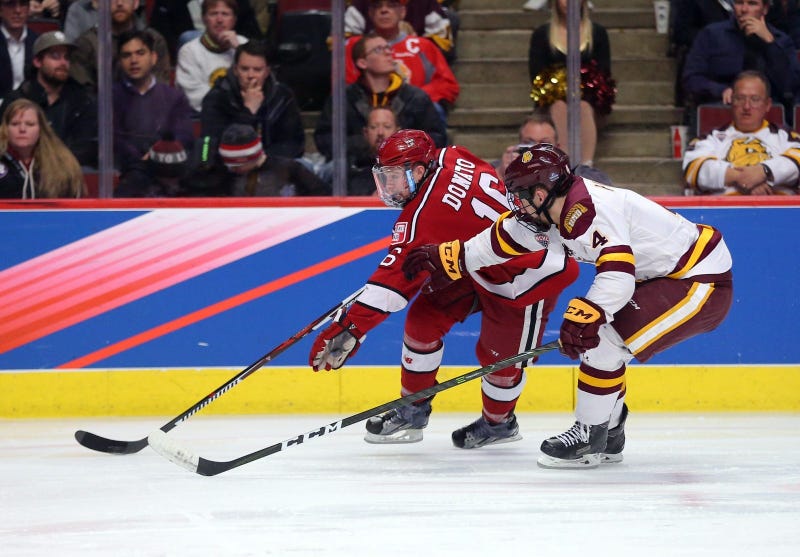 The 2018 Winter Olympics will not feature a single active NHL player.

That’s something that’s been met with mostly negative reviews, and rightly so, as it robs everybody of the absolute best hockey competition that the sport has to offer.

But it’s an obvious gain for people like Bruins prospect and Scituate, Mass. native Ryan Donato, who was part of Team USA’s 23-man roster revealed on Monday.

The 21-year-old Donato’s honor comes in the midst of a junior season that’s featured 12 goals (the 8th-most in college hockey) and 20 points in 12 games for the Harvard Crimson, and with 60 points in 48 NCAA games dating back to last year.

It also allows Donato to follow in the footsteps of his father, Ted Donato, who skated for Team USA in 1992 before embarking on an NHL career that included 528 games with the Bruins.

The 56th overall pick from the 2014 NHL Draft, it’s believed that Donato will make the jump to the pro game next season.