It was always easy to see the physical attributes that led the Bruins to draft Johnny Beecher in the first round in 2019. He has the rare combination of size and speed that teams are always looking to add to their forward group. What’s been hard to see, though, is the kind of offensive production you expect from a first-round pick.

Over three seasons at the University of Michigan, Beecher averaged under half a point per game and actually saw his scoring rate drop each year, never topping the nine goals and 16 points he posted as a freshman.

That has led to lowered expectations among many fans and analysts. It would be hard to find anyone projecting a top-six future for Beecher at this point, with fourth line or maybe third line looking like his NHL ceiling.

Neither the Bruins nor Beecher are ready to accept that just yet. They still see room for an offensive jump. Beecher made it a priority to work on his shot this summer, and three goals in three games in the recent Prospects Challenge in Buffalo offered an early sign of encouragement.

Meeting with reporters on the first day of training camp on Wednesday, general manager Don Sweeney said he thinks that the criticism and writing off of Beecher has been “unfair” and lacking context.

“The rhetoric’s been a little unfair on Johnny, to be perfectly honest with you,” Sweeney said. “He spent three years in college. He’s just starting to get acclimated at the pro level. We’ve always known there’s going to be a transition period for him. The ceiling itself, with his skating and size, we don’t know if he’s going to be a prolific scorer in the National Hockey League.

“We don’t know if he’s going to be a winger or a center. We see him in the middle of the ice. He’s really good on faceoffs. You see him go wide and take pucks to the net. Could he be a power forward winger of some sort? Yeah, he probably can. Now can he score when he’s in those areas? We talked about him drifting on scoring areas and understanding that if you really want to be a goal-scorer and focus on that, you have to be in those areas with a little more frequency rather than circle back out high and stuff. But from a ceiling standpoint, we’ve been encouraged about what John’s attributes are.”

Sweeney pointed out that Beecher wasn’t always put in offensive situations at Michigan. Last season, he centered the Wolverines’ third line and was a top penalty-killer on a team that was loaded with other first-round picks who took priority over him on the top two lines and the power play.

“At times he might’ve wanted more opportunity at Michigan, be in power-play situations,” Sweeney said. “But they had a pretty special group of guys that were prolific in some of those areas. So, nothing against the coaching staff or whoever made those decisions. Maybe it’s on Johnny if he didn’t necessarily score at the rate they wanted.

“Ideally, yeah, we want to see what his ceiling is, and I think this is just the beginning of that. We saw a little glimpse of that last year in Providence and identified some areas we wanted him to improve on, and now we’re gonna put him against a much higher level of skill, defending against, and see if those things continue to translate like they did at the prospect tournament.”

It would certainly go against history if Beecher does turn into an NHL scorer after producing at such a low rate in college. Just to compare his college numbers to a few recent Bruins fourth-liners, Beecher’s 0.48 points per game trail all of Trent Frederic (0.98), Sean Kuraly (0.60) and Noel Acciari (0.58). New teammates Marc McLaughlin and Georgii Merkulov both scored a lot more than him last season in college as well (32 points in 33 games for McLaughlin, 34 in 36 for Merkulov).

The Bruins are going to give Beecher every opportunity to show that there’s still more offense in him, though. That begins in training camp and the preseason starting this week. It likely continues in Providence at least to start the regular season, although if the next few weeks go well, Beecher making Boston’s opening night roster isn’t out of the question. 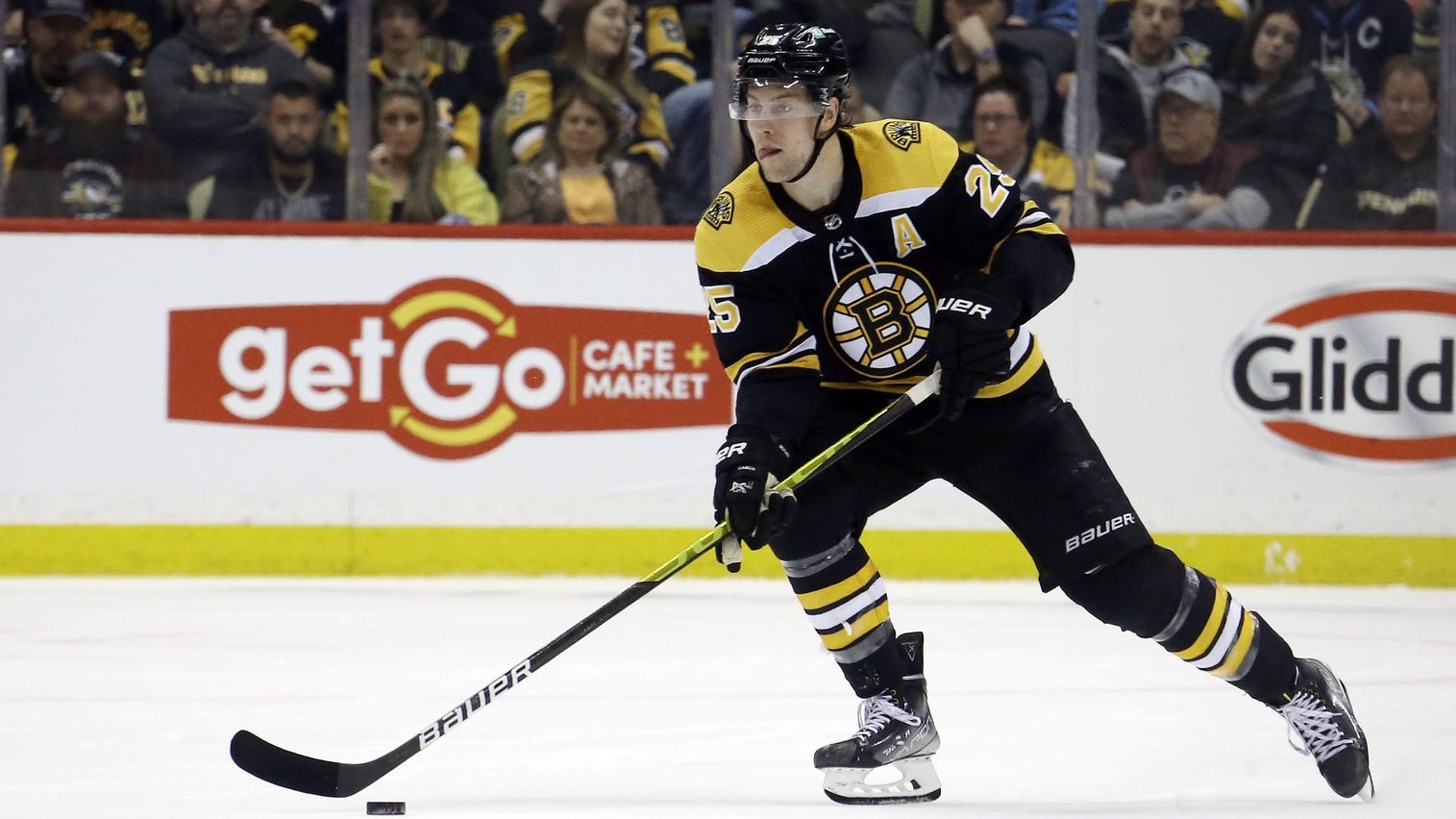