New Bruins coach Jim Montgomery has made it clear that he wants to get the team’s defensemen more involved offensively. And he isn’t only talking about the D who have already shown some offensive acumen like Charlie McAvoy, Hampus Lindholm, Matt Grzelcyk and Mike Reilly.

Montgomery also sees room to get more offense from Brandon Carlo, a player it would be easy to assume has more or less finished developing as he enters his seventh NHL season. Montgomery doesn’t see it that way, though.

“I think he has a lot more [to give offensively],” Montgomery said of Carlo. “He’s blessed with incredible feet, and those feet work so well defensively. They should work well offensively. It’s just him getting in the habit of expecting to jump and transition to offense just as well as he transitions to defense.”

It’s a good example of just how Montgomery plans to try to get more offense out of a roster that isn’t too much different than the one Bruce Cassidy had. He isn’t completely overhauling the Bruins’ style of play, he isn’t ditching the commitment to defense, and he isn’t expecting Carlo to turn into prime Erik Karlsson either.

What he is doing is trying to change players’ mindsets a little bit and get them to be a little more aggressive offensively. Whether it leads to anyone having a career year offensively remains to be seen, but it doesn’t necessarily have to.

If it leads to just some offensive improvement from Carlo and other players in the middle and back part of the Bruins’ roster, that would still go a long way toward helping them improve on their middle-of-the-pack finish in both total offense and 5-on-5 offense.

Getting more 5-on-5 offense in general, and from the defense specifically, was clearly a key part of the Bruins’ coaching search. Montgomery and general manager Don Sweeney appear to share a similar vision for how it will play out on the ice, with Sweeney also talking up a more mobile D unit on Wednesday.

“It’s not a huge philosophical shift. It’s just a little bit more of a willingness to have some mobility, to have some motion,” Sweeney said. “And again, there’s a trade-off. What’s the trade-off? What’s the downside if an error at the offensive blue line leads to an odd-man chance? That’s what you have to wade through.

“…I just think as a five-man unit and the mentality of attacking as a five-man unit, versus just low-to-high and getting it to the net and some of the things that we were a little stagnant with, just trying to evolve as a group.”

Saying it is one thing. Actually doing it will be another. That process of implementing this more mobile offense begins in earnest on Thursday with the first practice of training camp. 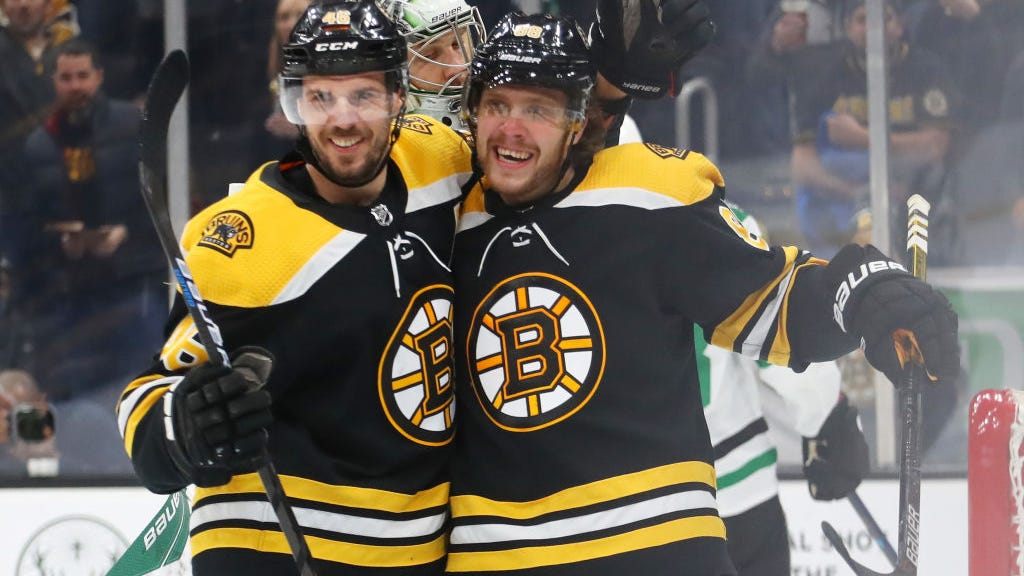