The thought of the Bruins doing anything better than they were already doing it must be terrifying to the rest of the NHL. Well, here’s one thing the Bruins have been doing better over the last week-plus: Getting goals from defensemen.

With Hampus Lindholm and Charlie McAvoy both lighting the lamp on highlight-reel plays in Sunday night’s 4-0 win over the Sharks, the Bruins have now gotten at least one goal from a defenseman in five straight games, with their blue-liners scoring seven total during that time.

They have been some big goals, too. Last Saturday, Matt Grzelcyk scored the late winner against Toronto. Then he scored again the next game off a setup from McAvoy. Grzelcyk returned the favor on Wednesday, setting up McAvoy for a homecoming goal against the Islanders that tied the game at 1-1. Derek Forbort scored a few minutes after that to put Boston ahead. On Thursday, Connor Clifton scored early in the third to bury the Rangers in a 3-0 hole.

Then came Sunday. Lindholm joined in on the fun 7:16 into the game, dancing around a Sharks defender before walking into the slot and snapping a shot past James Reimer’s blocker to give the Bruins a 1-0 lead.

McAvoy may have one-upped him in the second period. Deking one San Jose defender? That was child’s play for McAvoy, who left three Sharks watching in bewilderment as he split them right up the middle of the ice on a great rush before tucking the finish around Reimer’s left leg.

According to McAvoy, there was one recent team meeting in particular that helped spark this surge in defensemen scoring.

“When we played Seattle, in our meeting in the morning we were talking about their D corps. I think they were first in the league in goals scored,” McAvoy said. “So that kind of got us wondering, ‘Where are we in that?’ …Kind of put a little onus on, ‘Hey, let’s try to be dangerous when we can. Let’s try to contribute.’”

Where the Bruins were at that time, which was just a week and a half ago, was in the bottom third of the NHL in goals from defensemen. They had 15 through their first 41 games, which put them basically on the same pace as last season, when they ranked 24th in the NHL with 31. With this recent outburst, they’ve already climbed up to 15th and are obviously now ahead of last year’s pace.

Bruins coach Jim Montgomery, who has preached defensemen getting more involved offensively from Day 1, wasn’t necessarily as concerned about the goal-scoring, but he did think that his blue line’s offensive aggression had dipped in December and wanted to make sure that got fixed.

“I think it was maybe a month ago now that we were talking about our defensemen weren’t being as aggressive in the offensive zone,” Montgomery said. “I think we’ve gotten to that and the results are showing. The results were there early. You’re going to go through pockets and waves like that where defensemen are scoring or aren’t. Defenseman points, I think we’re sixth in the league. We don’t focus only on goals, but it’s nice for them to get rewarded for being aggressive.”

A slight correction: The Bruins are actually eighth in defenseman points with 108 this season, thanks to 86 assists (tied for seventh). Regardless, Boston’s evolution under Montgomery has clearly shown up in those numbers even before the recent goal streak. Last season, the Bruins’ D had just 150 points for the whole season, which also ranked 24th.

Now add some finishing from this group of defensemen and it’s just one more way the league-leading Bruins, who are now 37-5-4, can beat their opponents. Good luck, rest of the NHL. 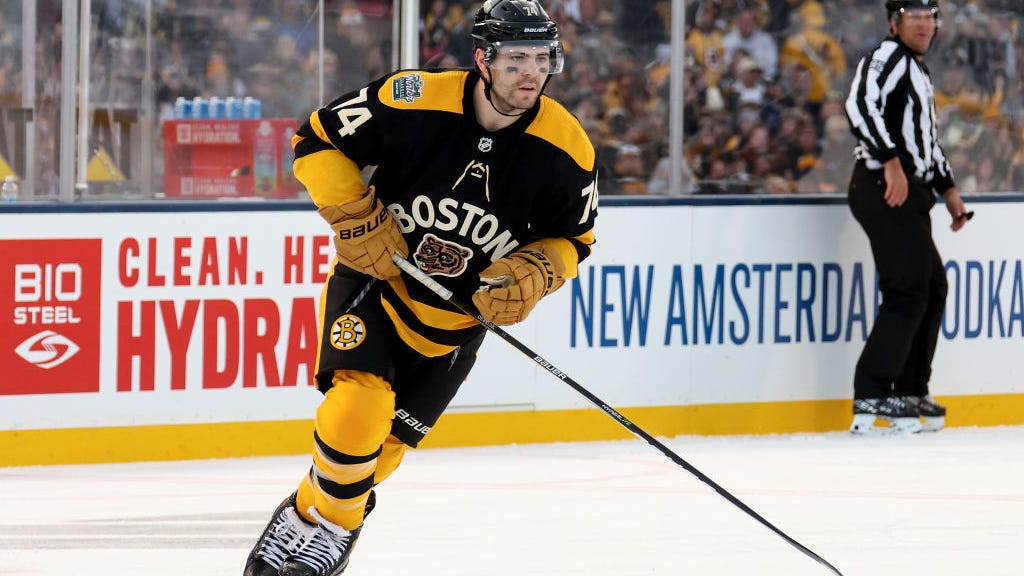