Jake DeBrusk's recovery from leg and hand injuries suffered in the Winter Classic appears to be right on schedule.

Bruins coach Jim Montgomery said Sunday night that while DeBrusk will not be joining the team at least to start their upcoming road trip, he is scheduled to start skating again on Monday. Montgomery also didn't rule out DeBrusk returning before the All-Star break.

"I don't think he's coming on the trip. I think he starts skating [Monday]," Montgomery said. "He has to check boxes to come back, so we don't have a timeline right now. We'd like him to be back before the All-Star break, but we're not gonna push that with that break coming."

The Bruins' final game before the All-Star break is just over a week away, on Wednesday, Feb. 1 in Toronto. DeBrusk, whose injuries reportedly included a fractured fibula, was initially given a recovery time of approximately four weeks.

Monday marks exactly three weeks since the injuries, so a return just before the break would track. Of course, if he's not quite 100% by then, it would be easy enough to just give him an extra week to rehab over the All-Star break.

DeBrusk was playing the best hockey of his career prior to the injuries, so his return will obviously be a welcome one. At the time he went down, he was second on the team in goals (16) and third in points (30). He was also the hero of the Winter Classic despite playing hurt, scoring both third-period goals in the Bruins' comeback win.

The Bruins' forward group is also currently without Tomas Nosek, who will miss approximately a month after fracturing his foot on Thursday. The team carried just 12 forwards for Sunday's 4-0 win over the Sharks, but Montgomery said they will be calling up a 13th forward for their road trip, which begins Tuesday night in Montreal. They have not yet announced who that call-up will be. 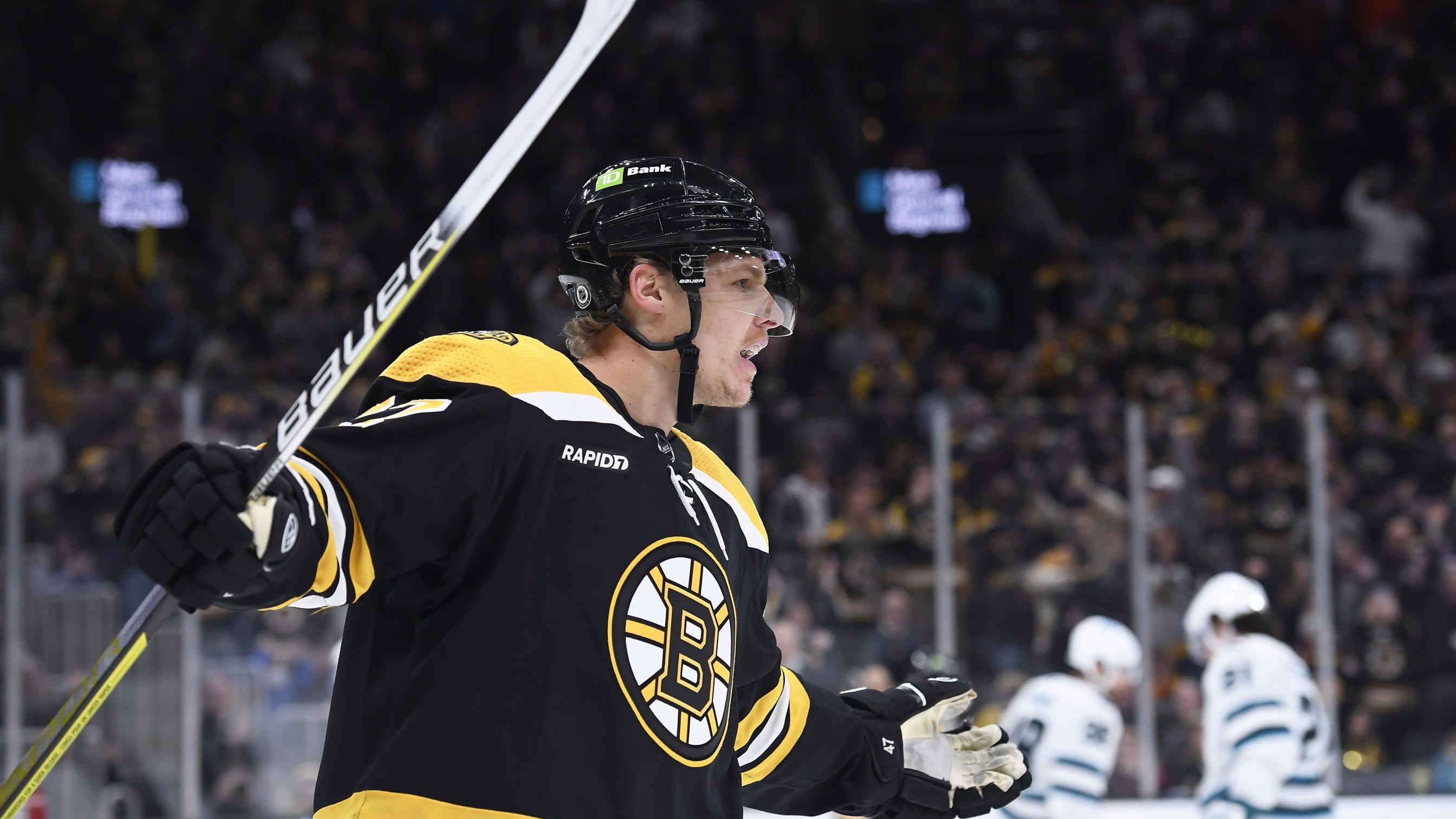