Derrick White has only been a Celtic since February, but he clearly understands this team as well as anyone. That was reinforced with one perfect quote after Boston’s 111-103 loss to the Miami Heat in Friday night’s Game 6 at TD Garden.

“We’re frustrated, but if it was easy, it wouldn’t be us,” White said.

That’s for sure. The 2021-22 Celtics have certainly developed a habit of making things more difficult than they should be.

Two and a half months into this season, the Celtics weren’t even in a playoff spot. They were 11th in the Eastern Conference on Jan. 7. They needed a great second half to first move into a playoff spot, then climb out of the play-in tournament, and then eventually rise all the way into home court in the first round and the No. 2 seed.

Locking themselves into a first-round matchup with Brooklyn instead of losing to avoid the Nets was seen as foolhardy, but they proved the skeptics wrong with a first-round sweep.

The second round was much tougher. With a golden opportunity to take a 3-2 series lead over the Bucks in Game 5 on home court, the Celtics collapsed in the fourth quarter and found themselves going to Milwaukee for Game 6 facing elimination. They won, and then they came back home and won Game 7.

Sounds familiar, right? The game number was different Friday night, but the situation was similar. The stakes were even higher, in fact.

Beat the Heat on the Garden parquet, and you head to the NBA Finals. It was there for the taking, with the game tied 99-99 with three minutes to go.

But they couldn’t get it done. Their stars, Jayson Tatum and Jaylen Brown, didn’t step up. Miami’s, Jimmy Butler, did.

White was one of the few Celtics who did play well down the stretch. He scored 11 points in the fourth quarter on 4-of-8 shooting, and finished with 22 points for the game.

Tatum said his confidence level remained a “10” on a scale of one to 10 despite the tough Game 6. White concurred.

“We’re gonna get on this plane, we’re gonna go down to Miami, and try to get the big win here in Game 7,” White said. “We’ve been here before, and we’ve got a lot of confidence in our group.”

The Celtics better hope that quote is as accurate as the one about nothing being easy. 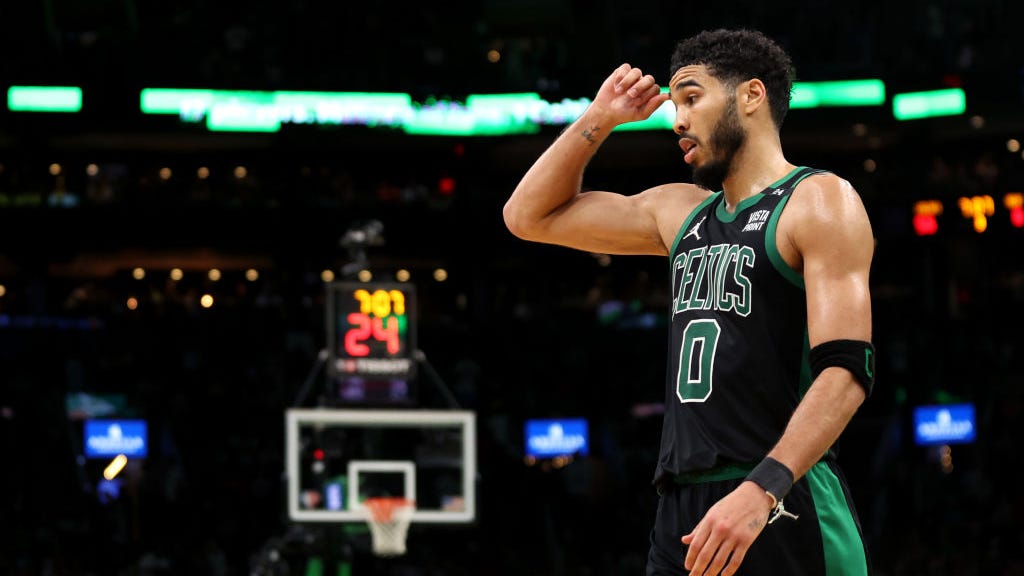 Where were Jayson Tatum and Jaylen Brown in the fourth quarter?