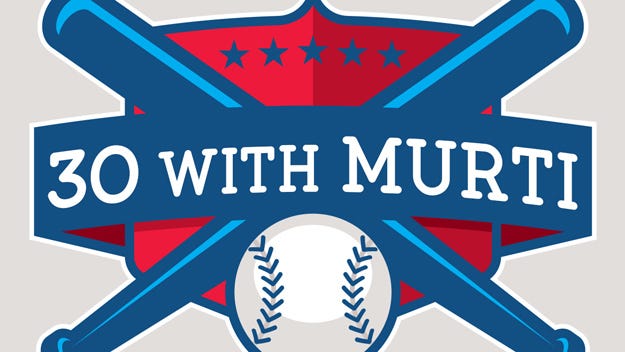 Pat Williams knew the luck of the lottery back in 1992 when his Orlando Magic found the pingpong ball that landed them Shaquille O’Neal. Williams, the 79-year-old co-founder and senior vice president of the Magic these days announced his retirement last month.

But that’s just an excuse for Pat to be out on the circuit telling more stories about his entertaining life in sports, which began with a love of baseball and a brief career as a minor league catcher in the early 1960s.

In this episode of "30 With Murti," Williams tells us about his baseball roots as a young boy in Philadelphia and how it eventually led him to becoming one of the top executives in the history of the NBA. But all the while, baseball is still in Pat’s heart, and you’ll hear about all his wonderful connections to the game, including one to a Hall of Fame pitcher and another to the current manager of the Yankees.