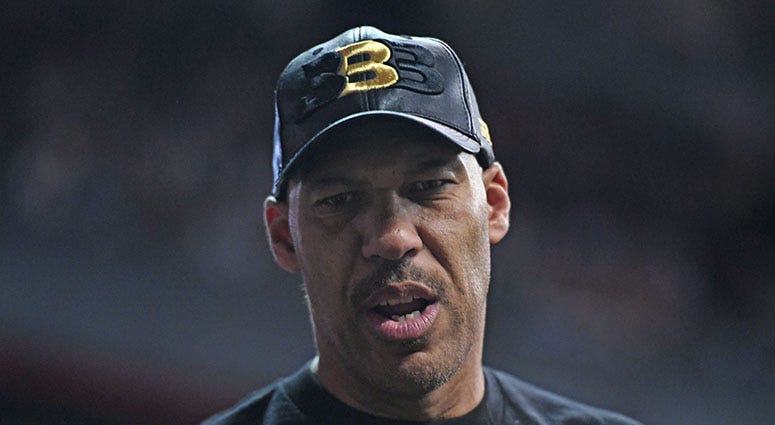 It's always a good time when Bill Simmons and Mike Francesa collaborate for an interview. The duo talked about everything on WFAN Tuesday ranging from Yankees-Red Sox to the Celtics to the Patriots to LeBron James and the Lakers and much more.

Simmons thinks very highly of the LeBron-led Lakers and also believes we may not be hearing a lot this season from LaVar Ball.

"I have a feeling he's going to kind of disappear," Simmons told Francesa on WFAN.

"Remember when Serena's dad was an issue for a long time and then all of a sudden we kind of never heard from him anymore," Simmons continued. "I have a feeling that's where this is going to go. He'll be getting a nice paycheck to not really be heard from that much."

"Put him on the payroll to basically not talk and not make a big deal out of things," said Simmons. "The other thing is...as Trump found out recently. You don't want to be on the other side against LeBron. LeBron is the most popular team sports athlete we have had in America since I don't know when. Anything he does people are all in at this point. LaVar Ball is losing against LeBron."

If true, this would make for quite the story...and maybe less stories down the road if Lonzo's dad keeps mum.