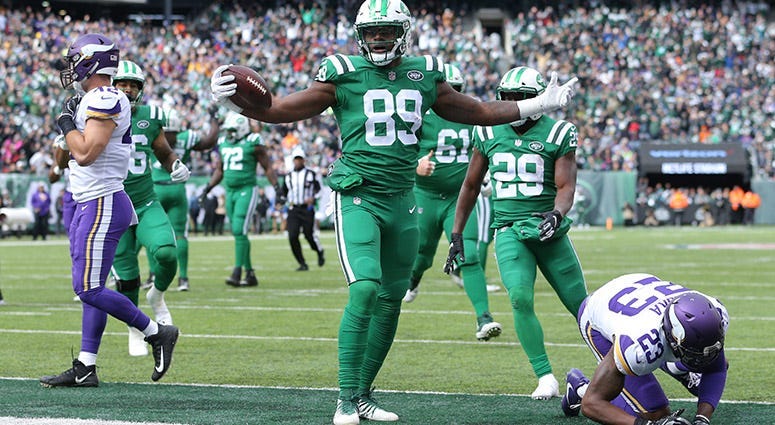 This dates back to his arrest June 2 after he was involved in a two-way crash 20 minutes from the Jets' facility.

Herndon could be suspended two games for a first offense, according to the NFL's substance-abuse policy. Herndon's license was suspended 90 days and he will need to complete a 12-hour, state-manded program for DWI offenders.

Herndon had a strong rookie season for the Jets, catching 39 passes for 502 yards and four touchdowns.

music
Fieldy takes a hiatus from Korn to get ‘the bad habits out of my system’
music
Run That Back: The Summertime Trifecta
news
Amazon Prime Day 2021: Save up to 60% on Dewalt and Craftsman power tools
music
Dierks Bentley cherishes time spent with young fan before she succumbed to cancer
music
Radiohead, Foo Fighters, Phoebe Bridgers raised $142k for concert workers with custom bicycles
music
Join us for an Audacy Check In with The Kid LAROI