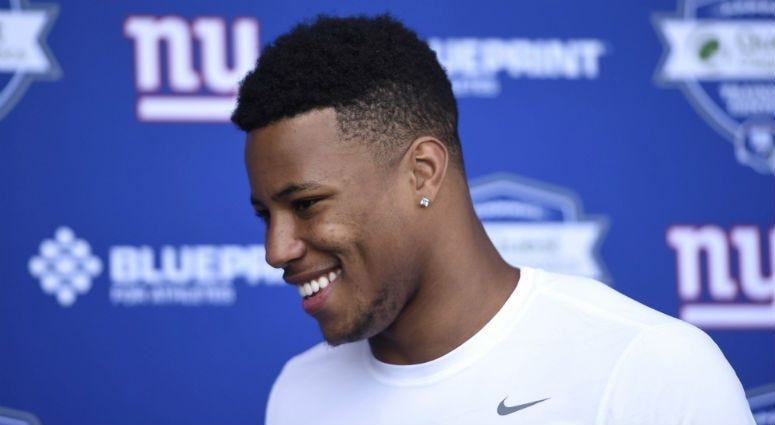 Mike Florio of NBC and ProFootballTalk joined John Jastremski early Wednesday afternoon. In the spirit of having only 50 days until the NFL kicks off, the two chatted about Darrelle Revis's retirement, the Jets' quarterback dilemma and how the Giants will perform this season.

Darrelle Revis announced his retirement after 11 seasons on Wednesday morning. Revis's career has been a rollercoaster, but at his peak, he was one of the best shutdown corners in league history. Jastremski wondered when it's all said and done, if the years that he dominated before a steady decline will be enough for him to be selected for the Pro Football Hall of Fame.

Jastremski said that he'd personally prefer a player who dominated for four or five years over a player who was just very good for a longer period of time. He asked if Florio agreed.

"I want dominance over a longer period of time," Florio said. "I think that's the reality. There are enough guys who are dominant for more than 4 or 5 years."

Regarding the Jets many quarterback options, Jastremski asked how Florio sees it panning out come Week 1.

"I would say maybe McCown," Florio responded. "The thing about McCown, you don't have to worry about him pouting or moping or whining, he's there to help get Sam Darnold ready and he's not going to be upset when the time comes to hand the baton."

His response about Bridgewater is different.

"Bridgewater's got some real skill, the question is can he move around on that knee?" Florio asked. "It was a devastating injury two years ago ...If he can be healthy, there's been some speculation that maybe if another team needs a quarterback they could flip him and get some players or draft picks.

"I think they'll go with whoever is the best guy, and they know that when the time comes to put Darnold on the field that it will be more seamless than it may be elsewhere."

The Giants future is a little more unclear. Jastremski notes some of the changes that they've made, like drafting Saquon Barkley and adding Nate Solder and Alec Ogletree. He asked Florio if he thought that Vegas putting them at 7 wins seemed accurate or if he sees the Giants in the upper echelon of the NFC.

"They're not in the upper echelon." Florio said. "Teams get better, teams get worse. One thing that I don't think we put enough stock in is that teams improve between September and late December, when they buy in to a new system. Let's say that the Giants have some success early and they start believing in what Pat Shurmur is selling. They get better. They get more confident. And it just steamrolls that way, so I think there's a possibility that happens but I wouldn't bet on it.

"Saquon Barkley could be a difference maker. Odell Beckham Jr.'s healthy. I think the team can be very good and they can have some exciting players and be a team that everyone's talking about regardless of how many games they win."