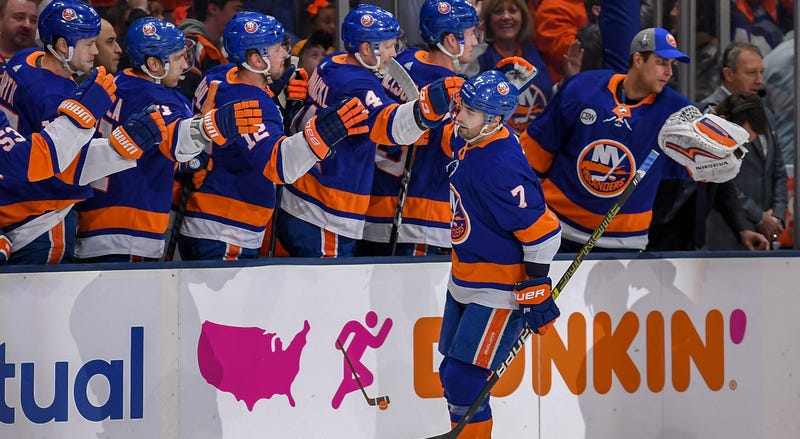 “To win in four – I think we probably shocked everyone a little bit,” Eberle said. “I think everybody had us pegged to be the underdogs. We had confidence in our team. There’s a reason why we finished like we did. We went in and we played our game – and we’ve got to keep doing that.”

The Islanders sealed the series with a 3-1 win on Tuesday night at PPG Paints Arena.

Eberle finished the series with six points (four goals, two assists) in four games. He previously went 13 playoff games without scoring a goal while he was a member of the Edmonton Oilers.

“I think it was disappointing last time,” Eberle said. “I waited seven years to get in and finally did. I actually had a good first round. I know I didn’t score, but I played well and my line played well. The second round didn’t go the way that I wanted it to. It was an experience and I kind of use that now to move forward. I took a lot of bad heat in Edmonton for the way that I played. Rightfully so. I didn’t play well. It might have cost me getting traded – but it all worked out.”

Now a favorite on Islander fans, Eberle is happy on Long Island. He scored several memorable goals against Pittsburgh, including the winning goal in Game 2.

“I love Long Island,” Eberle said. “I love our team, I love the guys that we have here. We’ve got another opportunity to play in it and want to take advantage of it. It’s a good start, but there’s still a lot of work to do.”

Eberle and the Islanders now have time to ready and prepare. The Isles await the winner of the Washington Capitals-Carolina Hurricanes series.