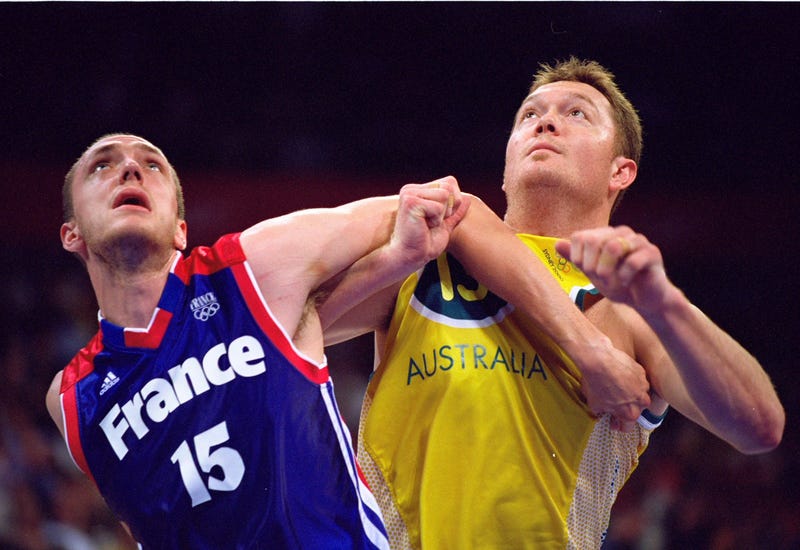 The night when sucking for an entire year finally pays off as a 19-year-old savior walks onto the stage, dons your team’s hat, shares an awkward moment with the commissioner and gets ready to do battle for the next 82 games.

While we all have pipe dreams of our team finding the next phenom, the wishful thinking that the general manager we have berated through our televisions for years finally shows us that he was playing the slow game and has it all figured out is sometimes just that -- wishful thinking.

Here are some of the Knicks’ biggest busts.

Weis wasn’t aware how much he was disliked in New York on draft night. It took until a meeting with Knicks' brass and a seemingly cold interaction with coach Jeff Van Gundy to give Weis the hint. After the Summer League, Weis decided to decline signing the standard first-year contract and went back to Europe to play. He was put back into an American spotlight when he was on the receiving end of “le Dunk de la Mort” (translation: "the Dunk of Death") in the 2000 Olympics courtesy of Vince Carter.

The most notable contribution to the Knicks that Hill made was being part of the trade that brought Tracy McGrady to New York for all of 24 games. Hill himself only played 24 games for the Knicks in which he averaged 4.0 points, 1.5 assists and 2.5 rebounds. And the Knicks didn’t get prime time, 13-points-in-33 seconds McGrady; they got one battling knee injuries who was a rental for the season.

This also seems like a good time to remind Knicks fans the team was one pick away from having Stephen Curry fall into its lap. Life can be cruel.
Players passed on: DeMar DeRozan, Jrue Holiday, Taj Gibson, Brandon Jennings

Frye is a bit of a conundrum in terms of being a bust. He was a stud at the University of Arizona with lots of Pac-12 awards and a trip to the Elite Eight appearance to boot in his senior year. When he got to the Knicks, he seemed to have a bright career ahead of him. Frye was named All-Rookie and seemed like he wasn’t going to slow down. However, after his second year in the Big Apple, he was on his way out the door and headed to Portland. He bounced around the league for a time but never truly lived up to the hype his 7-foot frame carried. He was talented offensively but was never much of a rebounder. Despite this, Frye was able to win a ring with the Cavaliers in 2016 when he shot nearly 60% from the floor over 17 games.

Mustaf’s name is littered throughout the University of Maryland record book. His performances from 30 years ago still hold up against some of the best, so it makes sense that the Knicks wanted him with their first pick in the 1990 draft. However, Mustaf’s game never translated to the next level. He played 62 games for the Knicks his rookie year and was then dealt to Phoenix, along with Trent Tucker, for the services of Xavier McDaniel. Sixty-two games is the most Mustaf would ever play in a season, as he saw his time dwindle. After three years with the Suns, Mustaf was out of the league.

Walker averaged over 20 points and 7 rebounds per game in his last two seasons with the University of Kentucky before entering the NBA. While Walker was able to play for five seasons with the Knicks, he was never able to duplicate the same impact he had with the Wildcats. By age 27 Walker was out of the NBA and hooping in Spain. Walker did get one last shot with the Washington Bullets from 1993-95 to end his career.