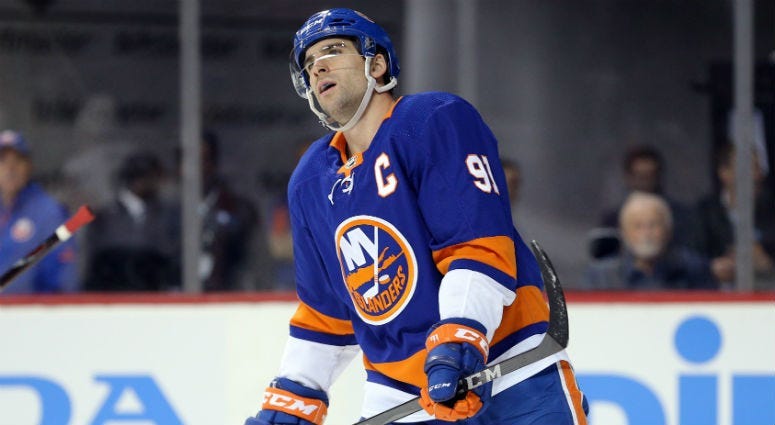 It's been eight days, but Evan Roberts is still worked up about the departure of John Tavares from the Islanders.

Roberts, an Islanders fan, recalled the moment that he found out Tavares was leaving. He was on a road trip with his family and couldn't check his phone, so he was listening to the radio.

"And then this radio host ... comes back and says, 'Well there you go! John Tavares, the great John Tavares, if you're just tuning in, has signed a seven-year contract with the New York Islanders," Roberts said. "And I'm like, 'Yeah! Oh, wow! Wait, what happened to the eighth year? It must've been such a tough decision for this guy that they went past the deadline. He's going to take one less year, but he's back with it!' ... And then this dude's co-host says, 'You said it wrong. He signed with the Maple Leafs.'

After the initial anger at the radio station, Evan transferred this disbelief to Tavares.

MORE: Lamoriello Claims Islanders Made Every Effort To Keep Tavares