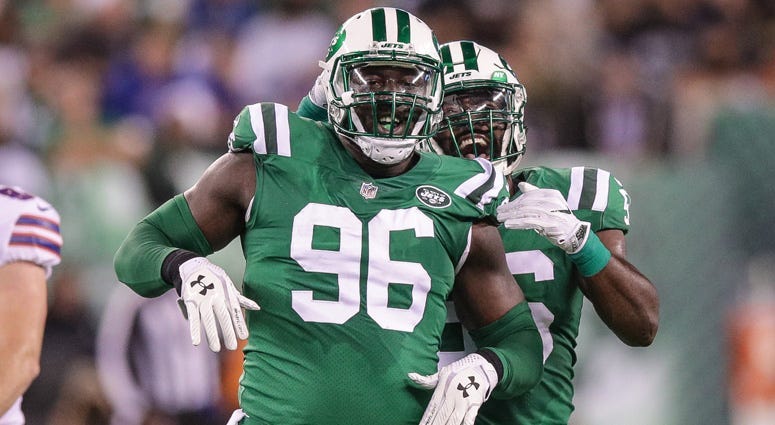 The Daily News' Manish Mehta made the comment while responding to a report that Wilkerson, who was released this week by the Jets, will visit the New Orleans Saints.

"Wilkerson is getting some terrible advice," Mehta tweeted. "The last place he should be near given his issues with alcohol is Bourbon Street/French Quarter. Who is advising this guy?"

Wilkerson is getting some terrible advice. The last place he should be near given his issues with alcohol is Bourbon Street/French Quarter. Who is advising this guy? https://t.co/gy1pQTXBZ3

Mehta defended the tweet on WFAN's "Boomer & Gio" on Friday morning. He said it was a "stretch" to say he was calling Wilkerson an alcoholic, but that it was common knowledge around the Jets' facility that Wilkerson has "issues with alcohol," even saying that drinking might have been to blame for him missing a practice a couple of years ago.

"He has had issues with alcohol and drinking in the past," Mehta said. "That doesn't necessarily mean you're an alcoholic.

"It's not personal. I just know how people in the building, people close to him in his life feel about him."

After Metha's interview was over, Wilkerson's mother, Ka'idah, called into the show to say she was furious about the reporter's accusation.

"Where's your proof, Manish, that Muhammad is an alcoholic?" the Linden, New Jersey, resident said. "Like, really. You always say all these things. I can't tell you, Boomer, how I'm just livid. I'm just livid with him. Like, why do you keep saying these things about my son?"

When asked if Wilkerson has trouble with alcohol, his mother said, "Absolutely not."

"He goes out just like everybody else," Ka'idah said. "Yes, he's been late. ... He's never had a DWI. He's never admitted to be an alcoholic. Do I think he has a problem with alcohol? No, I don't.

"He (Mehta) always has something negative to say about Muhammad," she added. "You called him a fat slob. You say he's out of shape. You said all these things. ... What's your problem with Muhammad?"