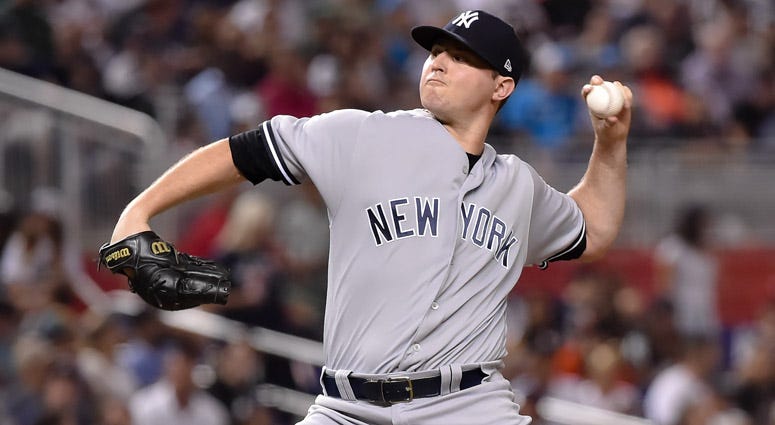 Zach Britton had a decision to make.

The 31-year-old had a solid second half of the season after the Yankees acquired him from the Orioles before the trade deadline, but he wasn’t closing games. Britton had been a closer for most of his career, so he had to choose between closing somewhere else, or being a set-up man for a New York team that should compete for the playoffs once again in 2019.

He chose the latter.

On Friday, the Yankees officially announced that they had re-signed the left-handed relief pitcher to a three-year contract. Britton’s return reinforces the back end of the team’s bullpen, which was needed after David Robertson’s departure for Philadelphia.

“I feel good. I’m happy that I’m going back to New York,” said Britton. “I enjoyed the short time I was there. Obviously, I wanted to pitch a little bit better at times. It didn’t feel like I showed them my best, like they had seen when I was in Baltimore. I’m looking forward to going to spring training healthy for the first time in a full season.”

MORE: Mike Francesa: Mel Stottlemyre Was One Of The Classic Gentlemen That Baseball Produces

Britton clearly holds himself to a high standard. He looked impressive in pinstripes following the trade, posting a 2.88 ERA and 1.16 WHIP over 25 innings. He finished the season overall with a 3.10 ERA and 1.23 WHIP, with 34 strikeouts in 40.2 innings.

Francesa asked Britton how he felt about being injury-free going into spring training.

“As soon as we got eliminated from the postseason I got home and I started working out. I’ve never done that before, but I knew that I needed to get my strength back. I didn’t feel good physically. I had lost a lot of strength just from the surgery and not being able to do much … I’m looking forward to finally just being a healthy guy in camp and focusing on the baseball stuff.”

Listen to Mike Francesa’s full interview with Zach Britton above.