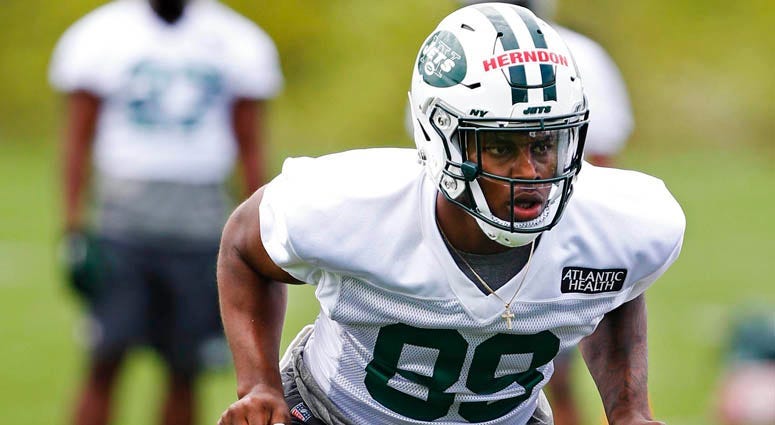 Fourth-round pick of the New York Jets Chris Herndon, 22, has been arrested and charged with driving while intoxicated after he caused a car accident early Saturday morning in New Jersey.

Police told the Miami Herald the 6-foot-4, 253-pound tight end out of the University of Miami crashed into and totaled a car belonging to Albert Elliot, 76, at 4:45 a.m. Saturday along Interstate 80 in Rockaway Township, New Jersey.

Sources also told the newspaper that the impact of the crash destroyed a railroad motocar and its attached trailer.

Herndon, selected 107th overall in April's draft, recently signed a four-year contract with the Jets worth just over $3.1 million.

Last season, Herndon caught 40 passes for 477 yards and four touchdowns for the Hurricanes.

The Jets confirmed Monday that they are aware of Herndon's arrest, but had no comment.