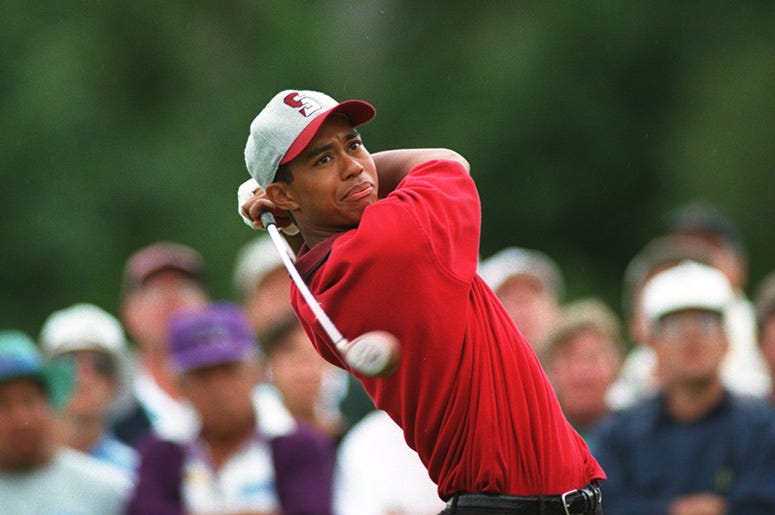 When Tiger Woods begins his quest Thursday morning to win his 16th major title at the 101st PGA Championship at Bethpage Black, we’ll understandably witness a very different person and player than we saw when he won the U.S. Open here in 2002 and tied for sixth in the 2009 U.S. Open.

Yes, everyone changes with age. But Woods' transformation is magnified under the microscope for all to see. And the differences between the "old" Tiger and this "new" Tiger are seemingly as different as night and day. At the age of 43, after battling through injuries, chaos in his personal life, four back surgeries, a DUI and treatment for addiction to painkillers, Woods seems to have emerged as a much different version of himself. What we’re seeing is a kinder, friendlier, wiser Tiger Woods.

And that wisdom has crossed over to how he handles the physical part of the game. He’s had to adjust a lot after all the back procedures and as his body gets older.

“That's the fickle nature of having my back fused,” Woods explained in his news conference Tuesday. “Some days I have more range of motion. Some days I don't. Some days I ache more, and sometimes I don't. That's just -- there's more volatility, put it that way. There's more days I feel older than my age than I do younger than my age. That's one of the trickier things. And then you add the golf component to it.”

Tiger talks about cutting back on his practice schedule and the number of tournaments he enters. He hasn't played one tournament since winning his fifth green jacket at the Masters on April 14, needing both a physical and mental break.

“I wanted to play at Quail Hollow, but to be honest with you, I wasn't ready yet to start the grind of practicing and preparing and logging all those hours again," Woods said. "I was lifting -- my numbers were good. I was feeling good in the gym, but I wasn't mentally prepared to log in the hours.

“The interesting part going forward is how much do I play and how much do I rest. I think I've done a lot of the legwork and the hard work already, trying to find my game over the past year and a half. Now I think it's just maintaining it. I know that I feel better when I'm fresh. The body doesn't respond like it used to, doesn't bounce back quite as well, so I've got to be aware of that.”

His practice sessions have changed drastically.

“I can't spend every day working on every part of my game,” Woods said. “That's just not going to happen anymore.”

Tiger, whose previous major title before he won last month's Masters came in 2008, says he spends a lot more time working on his short game, hitting wedge shots and swinging longer clubs to make sure he “has the feel.”

“I spend a lot of time on pitching and putting, wedging ... they're all