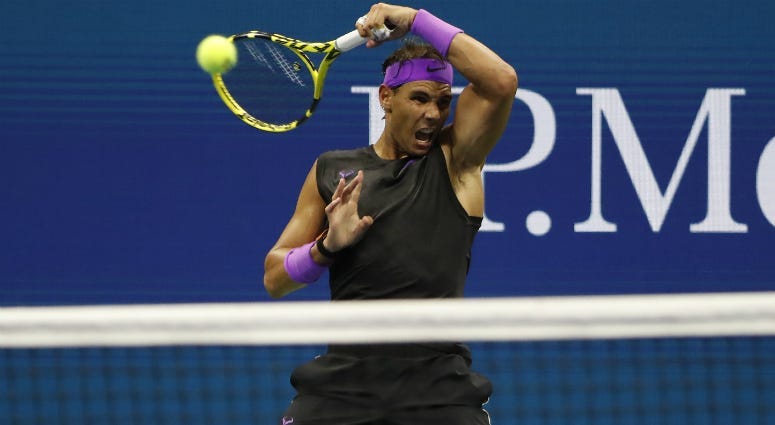 The "Big Three" in men’s tennis, players who have garnered so much attention coming into this U.S. Open, has been narrowed down to the "Big One." And his name is the one and only, Rafael Nadal.

The other two greats, Novak Djokovic and Roger Federer, will be watching from home as Djokovic retired during his Round of 16 match against Stan Wawrinka with a shoulder injury and Roger Federer was ousted in five sets in his quarterfinal match by the unseeded Grigor Dimitrov. Nadal has reached 33 Grand Slam semifinals, trailing Federer at 45 and Djokovic at 36.

And if he advances to the finals, which he should, it will be his 27th career Grand Slam final, four behind Federer’s 31 trips to the finals of a major championship.

Berrettini showed incredible grit and resilience in his five-set quarterfinal win over No. 13 seed Gael Monfils, taking the fifth set in a tie-breaker on his fifth match point. Berrettini has worked overtime through four rounds at the U.S. Open with three four-setters and his marathon five-setter against Monfils, which lasted just under four hours. The 23-year-old Italian used his big serve and forehand to reach his first Grand Slam semifinal and to become the first man from Italy to reach a US Open semifinal since 1977.

Rafa has had a less eventful road to these semifinals, dropping just one set and having a walkover to the third round when his second-round opponent withdrew due to injury. He’s been a man on a mission to win his 19th Grand Slam title, which would put him just one short of Federer, who currently owns the record for most in the game (20).

As tenacious and impressive as Berrettini has looked, and as much as you want to root for this humble young Italian who is enjoying a magical ride at the U.S. Open, Nadal is not going to let anyone get in the way of winning the title on Sunday. Nadal should beat Berrettini in tonight’s semis and go on to prevail over the winner of Medvedev or Dimitrov, which should be very closely contested and could go the distance.

Nadal is too experienced, too sharp, too smart and too good to lose to any of these young guys. His mental toughness and extraordinary physical condition are a testament to his work ethic and his passion to be the best.

With the other ‘Big Two’ surprisingly missing this championship weekend, Nadal will not let this opportunity pass without earning Grand Slam title #19 and grabbing more ink in the history books.