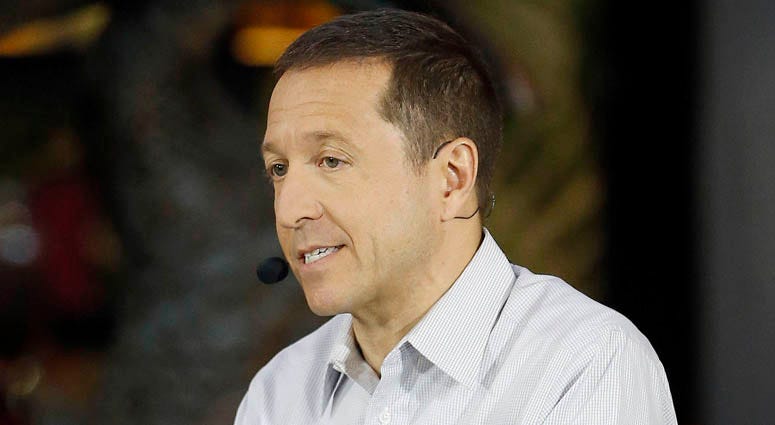 The MLB trade deadline may not be until July 31, but The Athletic’s Ken Rosenthal joined WFAN’s “Carlin, Maggie & Bart” Thurdsay to talk potential trade scenarios for both New York clubs.

Pointing out the Yankees’ success of rebuilding “on the fly,” Rosenthal doesn’t see that happening in Flushing.

“Can the Mets pull off the same thing? Well, probably not,” said Rosenthal, indicating that their farm system isn’t as good, and while an asset like a Noah Syndergaard would certainly gauge interest from teams, a rebuild wouldn’t be the way to go for them.

“If I’m the Yankees and I’ve got all these guys, I am making a trade for sure,” Rosenthal said eluding to how deep that organization is currently.

“They have the pieces to go get someone. Clint Frazier is a guy that you can use to go get a pitcher, and I just see them being aggressive and trying to give Aaron Boone the best possible chance to win a world series in his first year.”

The conversation shifted to former Yankees second baseman Robinson Cano, who was just suspended 80 games for the use of the diuretic Furosemide, and how it will affect his chances of making the Hall of Fame.

“Younger voters tend to be more forgiving of players who have either been found to use PED’s or suspected to have used PED’s,” said Rosenthal, who revelaed that he didn’t originally vote for Roger Clemens or Barry Bonds, but does now.

“Cano has five more years on his contract after this season, then assuming he retires right then, he has five years to wait to become eligible, so we’re talking at least 10 years before he’s even eligible. Ten years from now we could have a significantly different voting body,” Rosenthal argued.

To listen to the complete interview, click on the audio player above.