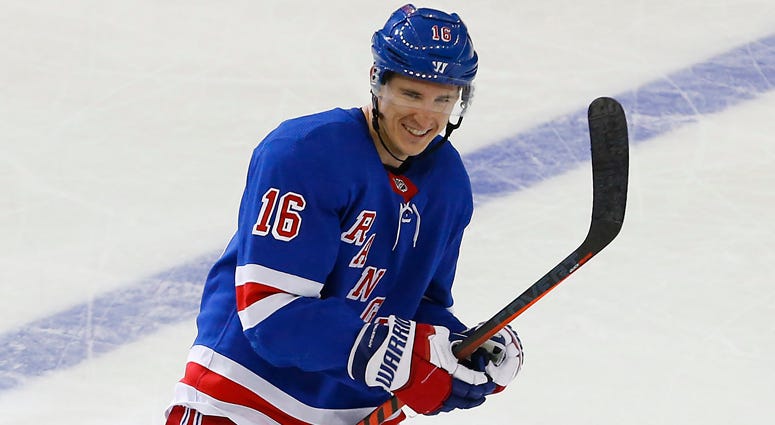 The current situation isn’t exactly rosy for the Rangers. Four consecutive regulation losses and an overtime defeat to the Edmonton Oilers last Monday have plunged the Blueshirts to a 1-6-3 record over their last 10 games.

Though the losses are piling up, experiences gained through these hard times will help the Rangers in the long run. Right now, head coach David Quinn is determining which pieces fit as the club looks ahead to a clean slate in 2019-20.

As Quinn attempts to incorporate and accelerate youth, there are also decisions to be made about prime-aged and veteran players. One prime-aged player who has proven to be an excellent fit is 25-year-old forward Ryan Strome.

Strome has been a versatile and effective member of the Blueshirts since he was acquired from the Oilers in a one-for-one trade that sent Ryan Spooner to Edmonton in November. Following the trade of Kevin Hayes to the Winnipeg Jets, Strome has capably handled a more demanding workload and has looked the part when asked to center the second line.

Coaches like “Swiss Army knife” players like Strome. Ask them to play second-line center? No problem. Could you slide down and provide energy as a fourth-line wing? No problem. Hey, can you fix the struggling power play while you’re at it? No problem.

Overall, Strome has registered 13 goals and 12 assists in 54 games as a Ranger. That’s quite a surge, considering that he only managed two points in 18 games for Edmonton this season before he was sent to the Big Apple.

A change of scenery can often rejuvenate a struggling player by testing him with a different set of responsibilities. So far, Strome has risen to the challenge and is hitting the right notes on Broadway. I think fans are looking forward to seeing what he can accomplish next season, now that the adjustment period is over.