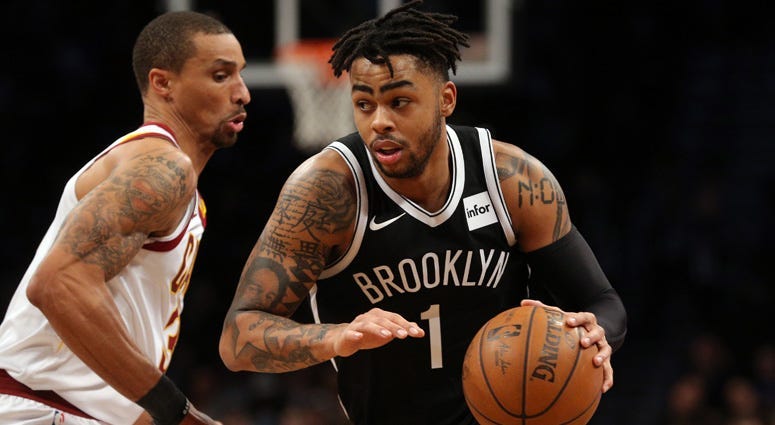 When NBA capologists calculate that the Nets will boast over $70 million in salary cap room for the 2019 offseason, they are leaving out an important disclaimer.

While it’s true that the Nets can get their committed payroll down below $40 million (less, if wing Allen Crabbe opts out after this season) against a projected $109 million cap when the free agency period begins in July, that would mean they would be waving farewell to nearly every veteran and a host of young players who they might view as integral to their continuing rebuild.

In his first two-plus seasons as Brooklyn’s general manager, Sean Marks was able to spend most of his time playing offense, poaching (or attempting to poach) players with upside from other teams.  The Nets, thanks to a dearth of draft picks in the first half of this decade, had such few prospects others desired.  In July, Joe Harris became the first player of that ilk on whom Marks was forced to make a decision.

What will Marks do in 10 months?  Yes, the Nets would be able to go over the cap to re-sign most of their own free agents, even delaying the announcements of their signings until after Marks shepherded in any imports from trades or free agency, but returning players’ cap holds would still factor into the cap calculation.  For instance, point guard D’Angelo Russell, a pending restricted free agent, would have to be renounced for his approximately $21.1 million cap hold to come off.

As much as this Nets season will be about continued development, the evaluations of so many players’ progress will take on much greater urgency than in the past.  For this purpose, I’m going to focus on three players who should be watched closely to guess whether they will be sticking around for 2019-20.

By many accounts, Russell has hit the gym hard this summer to work his body into the requisite NBA shape.  Knee injuries have plagued him the last two seasons. While he’s put up good numbers when healthy, he also shares responsibility for the losing plays (turnovers, shot selection, defense) he has made in his teams’ losing efforts.  At 22, the 2015 second-overall draft selection should at least be seen turning the corner this season in order to justify the mega-deal he probably expects next summer.

The Nets have invested a lot in Russell, trading all-time leading scorer Brook Lopez and a late first-rounder (used by the Lakers to select forward Kyle Kuzma) in addition to having Timofey Mozgov’s monstrosity of a contract dumped on them.  The word is that Marks is not engaging in extension negotiations, and the Nets will have the right to match restricted free agent offer sheets if they keep Russell’s cap hold on their books.

The odds that Brooklyn will cut bait with their most marketable player are low, but not inconceivable.  They just offloaded world-famous point guard Jeremy Lin to Atlanta when it became clear that he wasn’t going to fit with their long-term plan.  Russell may have to prove this season that he can not only be a productive player, but a more well-rounded one who deserves the big bucks.

At a lean 6-foot-7, Hollis-Jefferson has been playing out of position as a power forward for the last two seasons.  A career 23.7 percent three-point shooter, he’s by no means a “stretch-four.”   Instead, Nets coach Kenny Atkinson calls him a “slash-four” because of Hollis-Jefferson’s ability to get to the rim in transition or off isolations in the half-court offense in lieu of perimeter shooting.

Hollis-Jefferson has improved his mid-range stroke, making 43.5 percent of such attempts last season, per NBA.com.  That placed him ninth in the league among forwards with more than 150 mid-range attempts.  However, stretching that range out about five more feet has proven to be much more problematic.

And that, in turn, has been problematic for Brooklyn.  Hollis-Jefferson is unable to create spacing, AND the Nets’ front line has been brutalized on the defensive boards the last two seasons, with Brooklyn ranking second-to-last and then third-to-last in second-chance points allowed.

Hollis-Jefferson will also be restricted next summer, and his approximately $7.4 million cap hold isn’t crushing.  Remember, though, he wasn’t a Marks/Atkinson first-round pick in 2015—he was chosen then by ex-GM Billy King.  While that doesn’t necessarily spell doom for Hollis-Jefferson, he does have to show this season that this experiment is worth continuing.

The 25-year old point guard snuck up on folks last season by winning the Skills Challenge at All-Star Weekend and finishing third in the voting for the league’s Most Improved Player.

In reality, Dinwiddie’s production last season wasn’t all that eye-popping, thanks to shooting 38.7 percent from the field and 32.6 percent from long distance, both well below the efficiencies you’d want from your starting point guard.

After this season, he could very well be paid like one.  “The best bargain in the league,” current Pistons coach Dwane Casey said last season when his Raptors invaded Barclays Center, with a $1.656 million salary for 2018-19, the intelligent and hard-working Dinwiddie will get a significant raise as a pending unrestricted free agent.

The Nets, however, can only pay him 120 percent of the league average on a four-year deal, which a report by ESPN’s Bobby Marks (no relation) estimated to be about $44 million over that term.

Dinwiddie might pull a Harris next July and take less than market value to stay, but then again he might see his path to higher levels blocked by Russell and jump to greener pastures like Shaun Livingston did in 2014.

February’s trade deadline rumor mill leaked that Dinwiddie was sought by the Cavs for the price of a first-round pick (Cleveland’s, not the lottery pick originally owned by the Nets).  Nothing happened, but I’m curious to see what Marks will do if he gets another opportunity to sell high on Dinwiddie.