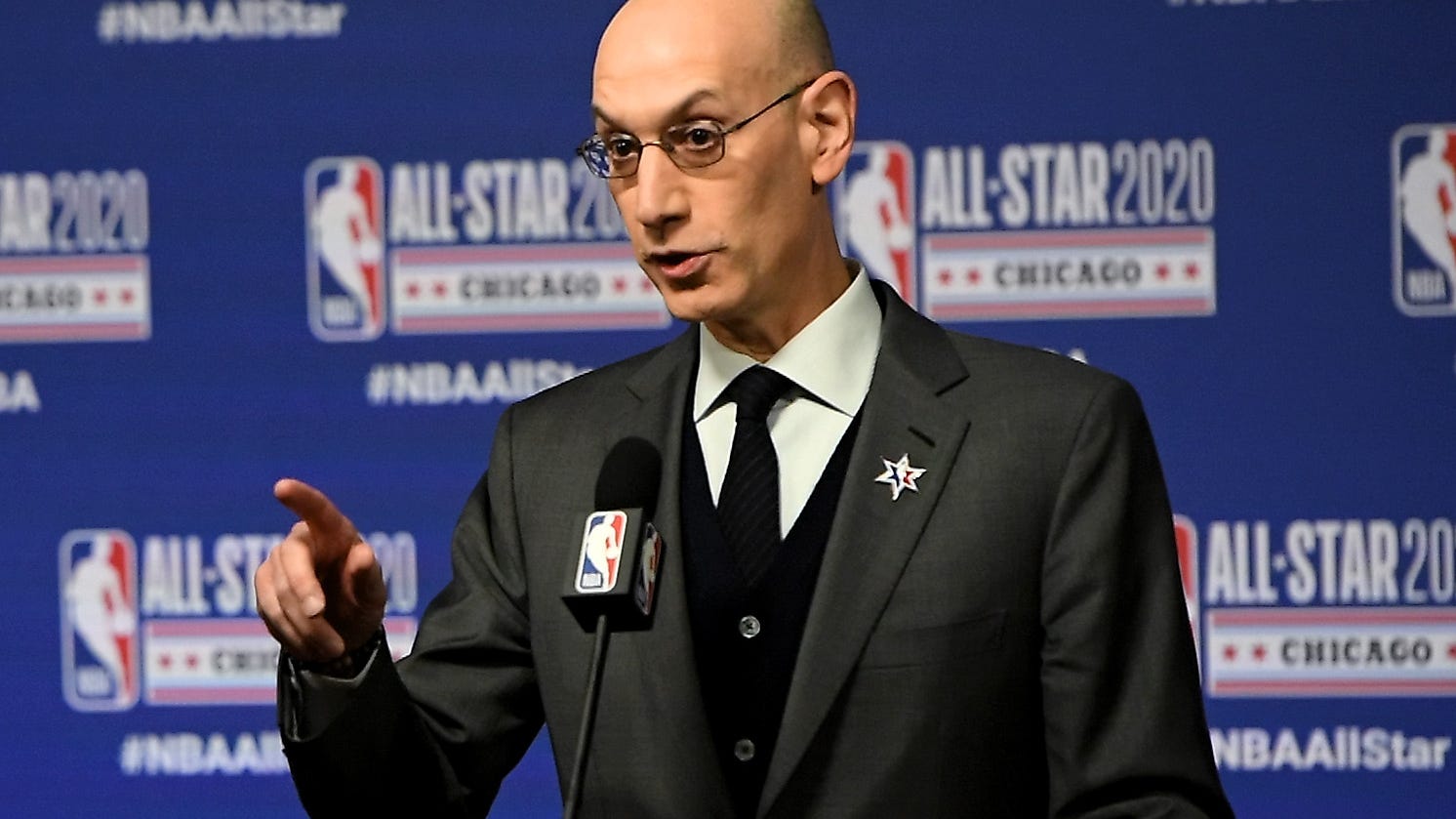 In 1994, Major League Baseball canceled the remainder of the season more than two-thirds into it due to a labor dispute. No World Series champion was crowned.

It was unheard of. In the 90 years before and since, the World Series has lived through wars, an earthquake, October snow and even the Spanish flu.

I have never forgiven the business that got me pumped to see the Yankees make their first postseason appearance in 13 years, only to yank it away like Lucy with Charlie Brown’s football.

However, I am clearly in the minority. The game has rebounded. Its players still negotiate the largest contracts in American professional sports.

Fast forward to today, where the games have been shut down for reasons that, unlike 1994, are not self-inflicted. The coronavirus pandemic has the NBA “temporarily suspended” in midseason.

In an ESPN interview on Wednesday, commissioner Adam Silver attempted to remain optimistic while acknowledging the frustrations of not knowing when/if the league can implement the next resumption steps.

He really should know. The 2019-20 season is lost. The focus should be on the new league year.
USA TODAY Images

We are still only in the very early stages of infestation. Since so few people are getting tested, unless you happen to be on an NBA roster (more on that below), we don’t even know how many are carriers.  While social distancing can be an effective tool to limit the spread of COVID-19, there are too many—including the Florida Spring Breakers in a recent viral news video clip—who are ignoring the warnings. Sometimes, I feel as if I’m living in the 2006 movie “Idiocracy.”

The NBA typically acts with a more perceptive vision, so I’m hoping they don’t gimmick up a makeshift tournament after what could very well be a four-month layoff. Remember, the players are not allowed to practice at team facilities. Many of their favorite gyms in their living areas have also been closed. Will everyone return in basketball shape? So, tack on another month for that, and by then, what would a resumption of this season prove?

In addition, even in the “best-case scenario,” where the outbreak is somewhat contained by mid-summer, can the league really be sure that its stakeholders are safe? It’s not like there’s going to be a fully-tested vaccine any time soon. Will all players be tested before every game? The last thing the league will want is another Rudy Gobert situation, where the Utah center was found to be infected just before a game in Oklahoma City, forcing a cancellation. And what about the fans? There’s no way the league can be certain about the house’s health status.

To the NBA, I give you the Jets fans’ mnemonic for their J-E-T-S chant: Just End The Season.

Our lives have been shocked into a new order. We all miss the diversions and thrills that professional sports have provided, but we get why they are less relevant now.

Many NBA owners and players have been stepping up to help the most needy. That matters more than finishing this lost season.

They will be forgiven.

This is not meant to be a political subsection, but since New York City Mayor Bill de Blasio weighed in on the Nets receiving testing for COVID-19, and I was in their locker room as recently as March 8, I felt I should too.

De Blasio tweeted that while he wishes the four Nets with the disease a speedy recovery, “an entire NBA team should NOT get tested for COVID-19 while there are critically ill patients waiting to be tested.”

Unfortunately, de Blasio selectively ignored or did not have all the facts. Per NBC News, the Nets paid out of pocket to use a private, Missouri-based lab to undergo the testing. Not one test was taken from the city’s limited supply.

Now, if the tweet’s goal was to stress the importance that more tests are urgently needed, that would not be a political statement. Even Dr. Anthony Fauci of the National Institute of Health testified before Congress that this nation’s lack of testing is a failure of government.

However, knowing is always better than not knowing. If the Nets, or other NBA teams, had alternative means to get the tests, then their decisions to use them probably saved lives. With that knowledge, everyone in contact with them within the incubation period was alerted to that deadly potential.

I, along with my Nets media colleagues, am grateful.