Kayvon Thibodeaux has yet to make his official NFL debut after suffering a sprained knee this preseason, and Azeez Ojulari is waiting for his 2022 debut as well thanks to a calf injury he suffered in the final week of camp.

Head coach Brian Daboll is going to be glad to have both pass rushers available if and when they are – but he might be more excited for them personally.

“I'm happy for the players that they're getting better. I've been hopeful the last couple of weeks,” Daboll said Saturday. “They're two good players for us. You'd like to have every player you can available. So, I'm excited if they're ready to go. It'll be good to have them out there.”

Ojulari played all 17 games last year and led the Giants with a franchise rookie-record eight sacks, so he’s been chomping at the bit but understands why he's had to make sure he's at 100 percent.

"It's been tough just sitting on the side, watching when you know you can be out there," Ojulari said last week. "But it's God plan. And things happen for a reason. It's part of the game – injuries. Now I'm back. I'm ready. It's time to go.” 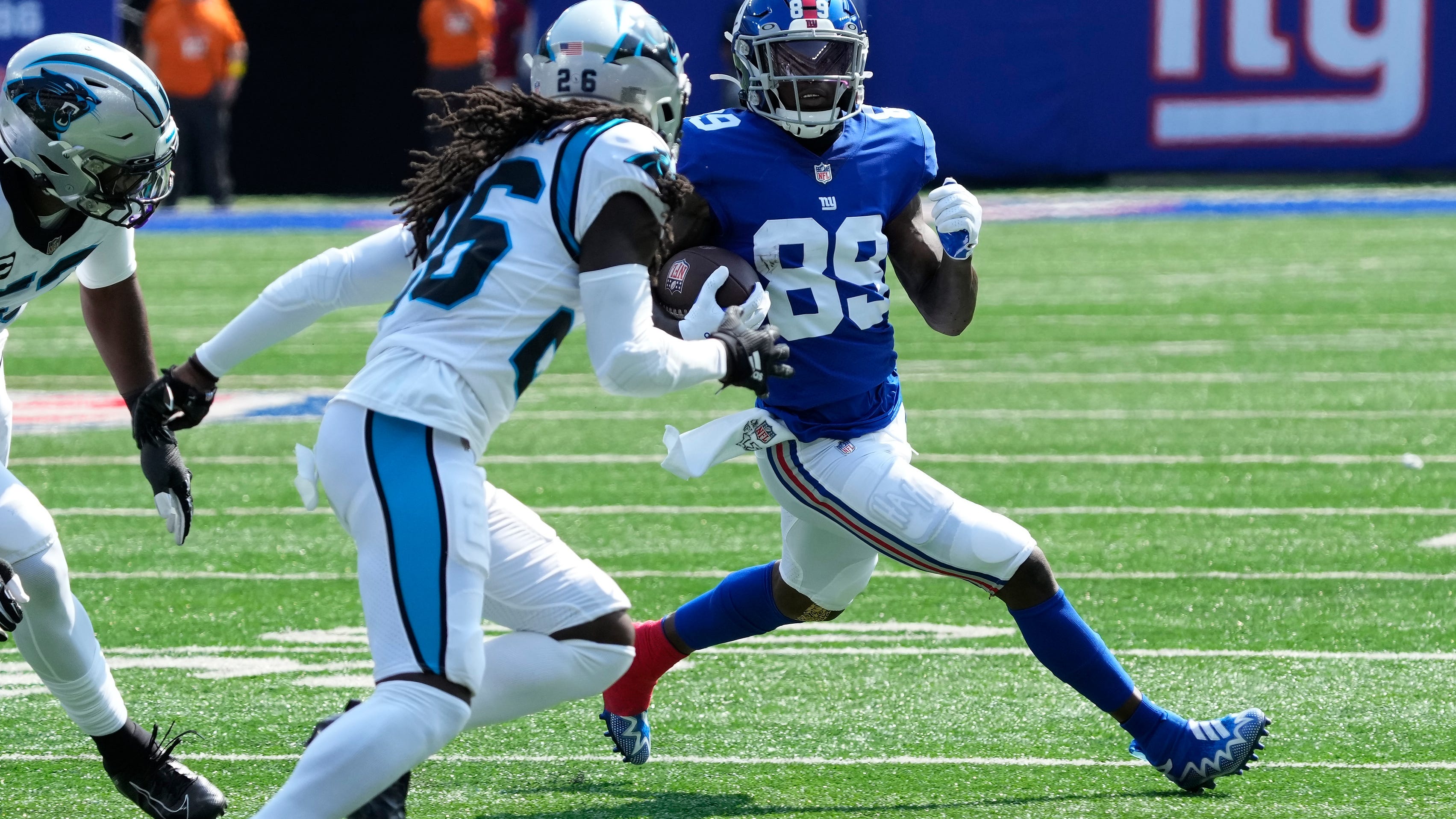 Daboll hopes that too, saying that when asked if he’s confident they’ll be ready to go on Monday, and he’s liking what he saw from both players over the week in practice.

“Improvement. They've taken good steps,” he said. “I think they are much better than they were the week before. Hopefully they'll have a good day here, and we're moving in the right direction with those guys.”

On one other defensive note, cornerback Aaron Robinson is out, and Daboll was non-committal when asked of Cor’Dale Flott or Fabian Moreau would see the majority of the snaps opposite Adoree’ Jackson on Sunday.

We’ll go through that as a staff, and anything else we still have to talk about, after practice,” Daboll said. “I’d say that I have confidence in the guys that are playing opposite of him. It could be both of them, or it could be one of them. But we'll let today's practice go, then we'll talk about that.”