To say the Giants’ quarterback situation is in shambles might be an understatement.

Sure, the team is optimistic Mike Glennon will clear concussion protocol in time to play Sunday, and yes, there’s a chance Daniel Jones could be cleared to practice, if not play, this week. But even if so, QB coach Jerry Schuplinski is in protocol after an initial positive COVID test, and if not, that magnifies the fact that Jake Fromm – who was on Buffalo’s practice squad last Monday – might be starting in Los Angeles.

“We’ll see where that goes, but we’ll get Jake and Brian (Lewerke, the QB on the practice squad) ready for the game based on whatever we may have to do,” head coach Joe Judge said Monday. “Being as though it's a possible COVID situation, we'll also have some emergency plans in the works with different guys on the roster.”

Fromm is the guy who will get the first-team reps on Wednesday, and if all remains the same, he’ll be the starter with Lewerke active as his backup, with no plans as of now to bring in any outside help.

“The plan right now is for Jake to go ahead and continue in his role. We have a lot of contingencies, whether it's the COVID contingency or the uncertainty in terms of the other quarterbacks,” Judge said. “I think COVID adds another element to it as well that we've got to prepare, to be honest. We're talking internally about a lot of options right now personnel-wise, scheme it up, to see what we can do to address it and make sure we're building in depth for a multitude of reasons.”

It sounds like a solid plan, but one that could be dicey, given that Fromm has been a Giant for barely a week, and now his quarterbacks coach is working remotely.

“As far as Jerry, it'll be a little limiting on the field. In terms of the meetings, we've done this before as far as the virtual meetings and staying plugged in. That's both with game planning with the coaching staff, as well as staying connected through the meetings and installs with the players,” Judge said. “We'll continue on the same path we've worked in the past with that, and make any adjustments we have to throughout the week based on any new information we receive.”

Whatever may come, Judge is confident in Fromm based on what he’s seen in a week of practice work so far, but the offense will look much different if that’s who is behind center.

“When you get a guy on a short-term basis, including last week, a quick turnaround for a guy like Jake, the biggest thing you want to do is just make sure that he has a grasp on what he would have to run within the game,” Judge said. “For a guy who's only been here in your system for a couple days, you've got to go ahead and select more of menu of what he can go ahead and operate in and that's not always limiting based on his ability, it's just based on being new in a scheme and system. What's he comfortable with going out there and playing aggressively and making the right decisions within? At this point, you really want to go ahead and let him continue to improve on it.” 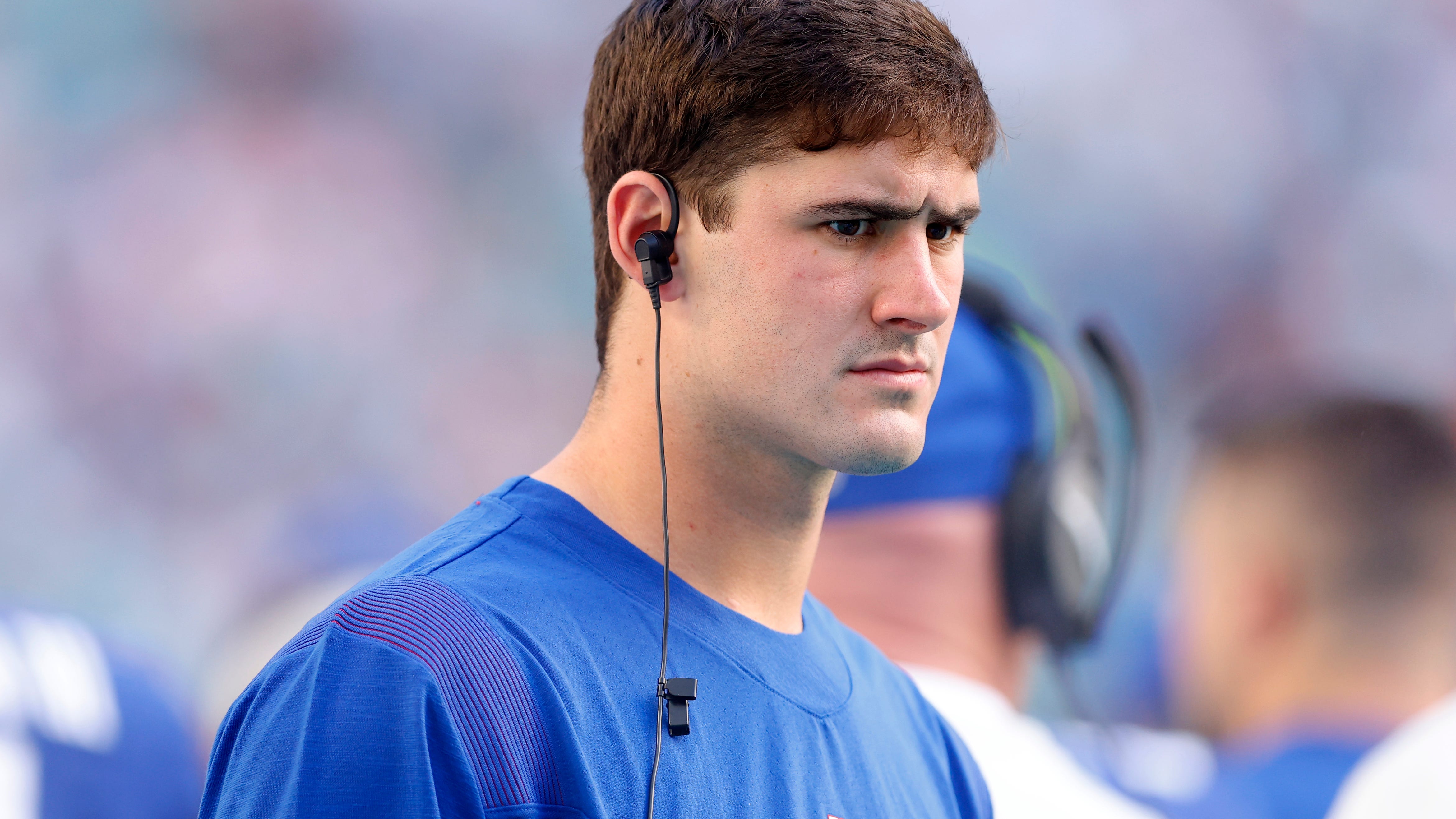 Daniel Jones could be cleared this week, but Giants' QB coach has tested positive for COVID

It's a different philosophy than going from Jones to Glennon, for instance, because a longer-term backup like Glennon is ingrained in the offense – but with only 12 days or so to get comfortable, Fromm is going to need a little bit of playbook and a lot of intangibles to make it happen.

“He's an intelligent guy, has very good poise out there and he has a very good presence. He's a good teammate. He's got leadership qualities about him, a lot of intangibles…he had a lot of things you would hear someone say at a banquet about him,” Judge said. “In terms of him as a player, he's shown at practice a good competitiveness and the ability to go out there and handle some different situations. He had a lot thrown on his plate in a short period of time last week, but I've been pleased with the way he's been progressing so far. It's been a very short window with Jake. I've been encouraged by the way this guy works and if Jake's number is called on, I know he'll prepare himself.”

And the Giants will do what they can to simplify things to help Fromm out.

“A lot of it is that you want to kind of use as much comparable coaching as we would to go ahead and make sure they can associate a scheme or a system to what they've been exposed to previously for kind of quicker learning,” Judge said. “At this point, he's been studying the playbook and studying the game plan, so we're getting him on our page. He's got some time to go ahead and keep on building with it and really get ready for Wednesday's practice.”