Daniel Jones threw an interception to Trevon Diggs that was ostensibly the final play of Monday night’s 23-16 loss to the Cowboys – but it wasn’t, unfortunately, the worst thing to happen to the Giants on the play.

During that play, Sterling Shepard was running a route on the opposite side of the field, when he pulled up suddenly with a non-contact injury to his left knee – the same leg he injured last December - that seemed to come out of nowhere:

Shepard suffered a torn left Achilles against Dallas in Week 15 last season on a very similar non-contact injury, and worked hard to return to be on the field for the Giants’ 2022 opener barely nine months later.
Unfortunately, Shepard had to be carted off after hopping to the cart where he was wished well by both his own team and the Cowboys.

So many are out and on the field for Sterling Shepard, who is being carted off #Giants pic.twitter.com/D04ej2cF04

Head coach Brian daboll had no word on Shepard right after the game, saying he had seen the receiver heading to the showers but hadn’t talked to the trainers, although his tone of voice made it seem like a worst-case scenario.

“It didn’t look good on what I saw, but I don’t know,” Daboll said. “It’s tough. Guys work their butts off to get back from injuries, and if this is something that keeps him out all season, which we’ll probably know tomorrow,

Shepard, 29, had five catches for 49 yards in the game, and had 13 catches (on 24 targets) for 154 yards and a touchdown over the first three weeks, but what the Giants might miss most is his veteran leadership as the longest-tenured member of Big Blue.

“I think any time you lose a player with leadership qualities there’s a void, but other guys are going to have to step up,” Daboll said. “Again, I just feel terrible for him.” 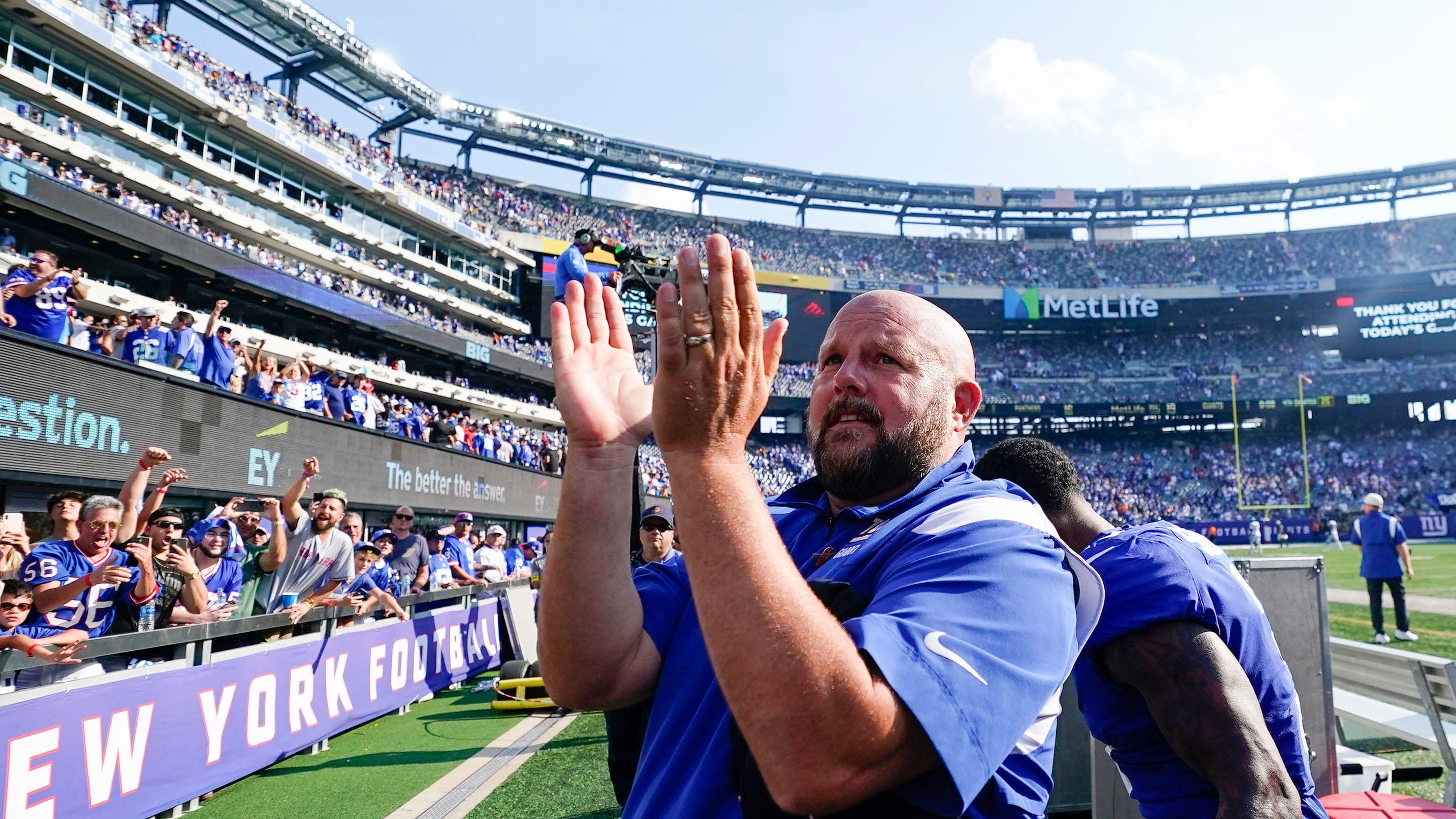 Shepard restructured his contract back in March, turning the final two years of the four-year, $41 million extension (with a cap hit of almost $26 million over 2022 and 2023) he signed prior to 2019 down to one year at a reduced salary with incentives – potentially saving Shepard from being a cap casualty, even though his release would have saved $4.5 million but left a lot of dead cap.

The seventh-year man out of Oklahoma was the Giants’ second-round pick in 2016 and was arguably the Giants’ best receiver from 2016-18 to earn that extension, but he has been plagued by injuries since, playing just 29 of 49 games from 2019-21.

Now, both he and the Giants hope his third game of 2022 isn’t his last of the season, and possibly as a Giant.