Sterling Shepard is able to travel with the Giants to London this weekend, and he will be there to support his teammates – just another way he’s trying to stay as involved with the team as possible as he sits out the remainder of the season with a torn ACL.

“Just helping the guys out. Just because I'm down doesn't mean I need to have a cloud over my head and bring everybody else down,” Shepard said Wednesday. “I think it's big for me, being one of the veteran guys in this locker room, to help the guys in any way I can – whether that's helping them with route technique or just to hype them up. I like to be around the guys.”

“I was actually supposed to leave last week, just come to the locker room, hype everybody up – I’m usually the DJ – so I was coming to do that. And I was just going to go back home and kick my knee up,” Shepard said about Sunday’s game with the Bears. “But I just got too into it, and I was like 'You know what? I'm staying for the game. I'm not going up in the box. I'm going down on the field.' And Coach Daboll (head coach Brian Daboll) let me.
So, I'm thankful for that.”

It’s been a tough 10 days for Shepard, who, on the final play against Dallas, suffered a catastrophic leg injury for the second year in a row – and both of them were to the same leg – but he thinks he actually may have already been compromised when the actual full tear happened. 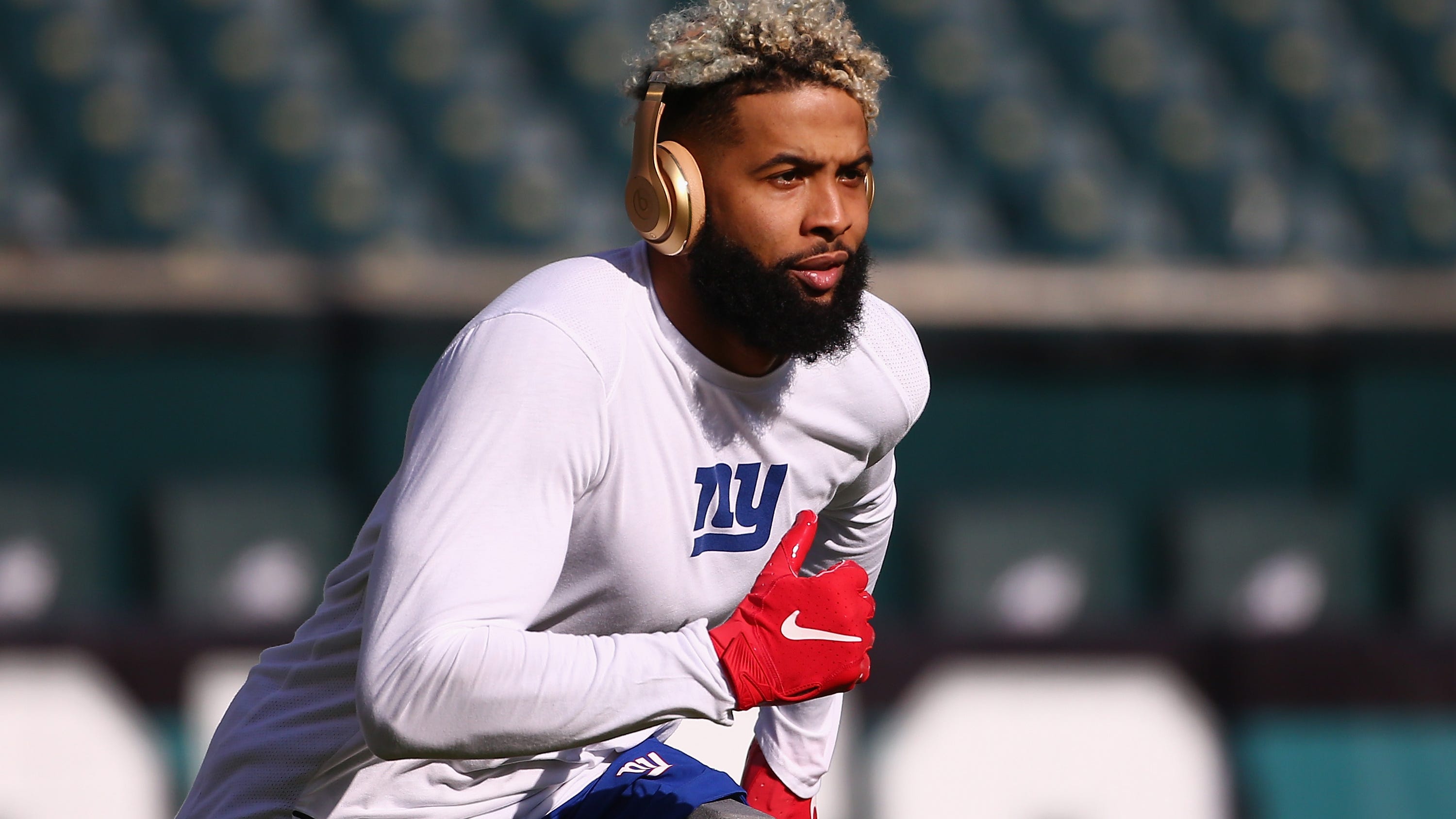 Odell Beckham Jr. calls for turf at MetLife to be removed after Sterling Shepard injury

“It was really weird. I think I actually partially tore it probably like two plays before that. I think I partially tore it. I kind of got up, and my knee did something funny. I was just like, 'Forget about it, and keep on pushing,’” he said of the injury. “The next play actually got blown dead, which in hindsight I'm kind of happy about because I was about to have to stick off my left and hard cut. And the next play I was literally just jogging, and I'm sure you guys saw it. It just slid on me and popped. You wouldn't think anything would happen from there, but maybe I was compensating throughout the game for a little lack of strength. I don't know; it could be a number of things. But it was no fun.”

“I've heard stuff about that. I know they tested it a couple of years back and said it was fine,” he said. “I mean, I love playing on grass.
I know a lot of my teammates, we all love playing on grass. It's just a little bit more forgiving than turf is. At times, your foot can get stuck in the turf.
I think all around, it's better on bodies to play on grass. But I'm not in the decision room or making that decision.”

He doesn’t yet know when he will have surgery to repair the ACL tear, but he’s keeping a positive attitude – and after working hard to come back from his torn Achilles last December, he’s ready to do it again from the ACL.

“Dang right. I'm a fighter. I want to go out on my own terms, and don't want something like this to make me go out. So, I'm going to fight to get my body back to where I can perform and get this thing good,” he said. “Obviously, just coming off my Achilles and having to deal with the ACL is no fun. But I just try to come in with a positive attitude. I feel like that helps the recovery process. You take a day of grieving, and it's time to move forward. But it's frustrating, but I try to come at it with a positive attitude like I said. I fight through it. I've gotten through it once; I can do it again.” 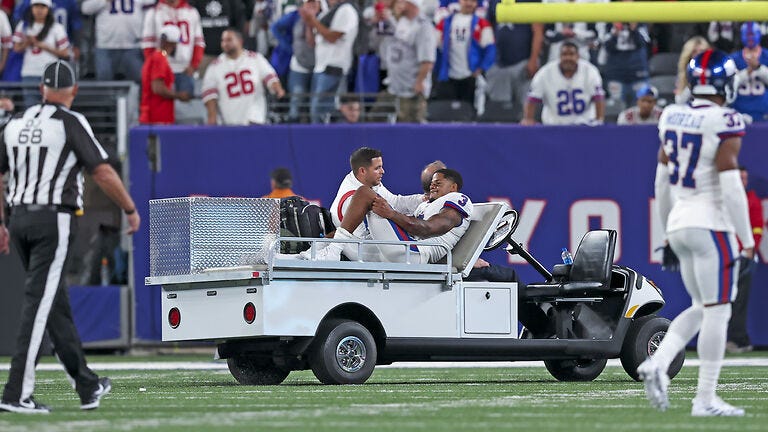 Whether or not that comes with the Giants is TBD, as he is a free agent this offseason after restructuring his deal, but he’ll worry about that come January or February.

“I'll let that take care of itself. All I can do is focus on every day that I have and each day coming up,” Shepard said. “So, that's what I'm going to focus on – just putting one foot in front of the other and focusing on the small wins right now. So, I don't want to get too far ahead of myself.”

For now, he’s just happy to be able to have moments like he did Sunday, when his sideline celebration went viral after the Giants’ win.

“Man, they catch everything. I thought I was in the moment by myself,” he laughed. “I was just happy, glad the guys got a win. They've been doing a great job, worked really hard throughout the week, and we deserved that one. They worked their tail off, and I was happy to see us get the W.”

And, he’s thankful that he gets to be around a new Giants regime that took a chance on him coming back at all this season when they didn’t have to, and wants to prove their faith right by making it back yet again.

“For sure,” he said when asked if he’s learned how much he means to the staff, “and not only that, but they mean a lot to me. They didn't have to give me another shot to come back off that Achilles, and they did. And I can't thank this staff and ownership enough for the opportunities that they've given me. And I feel like I owe so much to them. I want to give them my all; I don't want to go out like this. So, like I said: I'm going to fight. I'm a fighter. So, that's what I'm going to do.”