Kadarius Toney was one of six Giants that did not practice in Big Blue’s extra session on Saturday, and he is now listed as doubtful for Monday night against Dallas.

The DNP followed a limited practice Thursday and a DNP on Friday’s walkthrough, and is because of the hamstring issue that has plagued him this season.

“It’s his hamstring still. We're just trying to do right by the player, and he didn't do anything for walkthrough, so we downgraded him,” head coach Brian Daboll said Saturday morning. “He won’t practice today, and we’ll reconvene like we normally do after practice and sit down with (head athletic trainer) Ronnie (Barnes) and the medical staff. We usually do that Friday after practice when we make our final decisions on the injury report.”

Based on past precedent already this season, though, there is a chance Toney could end up active Monday. 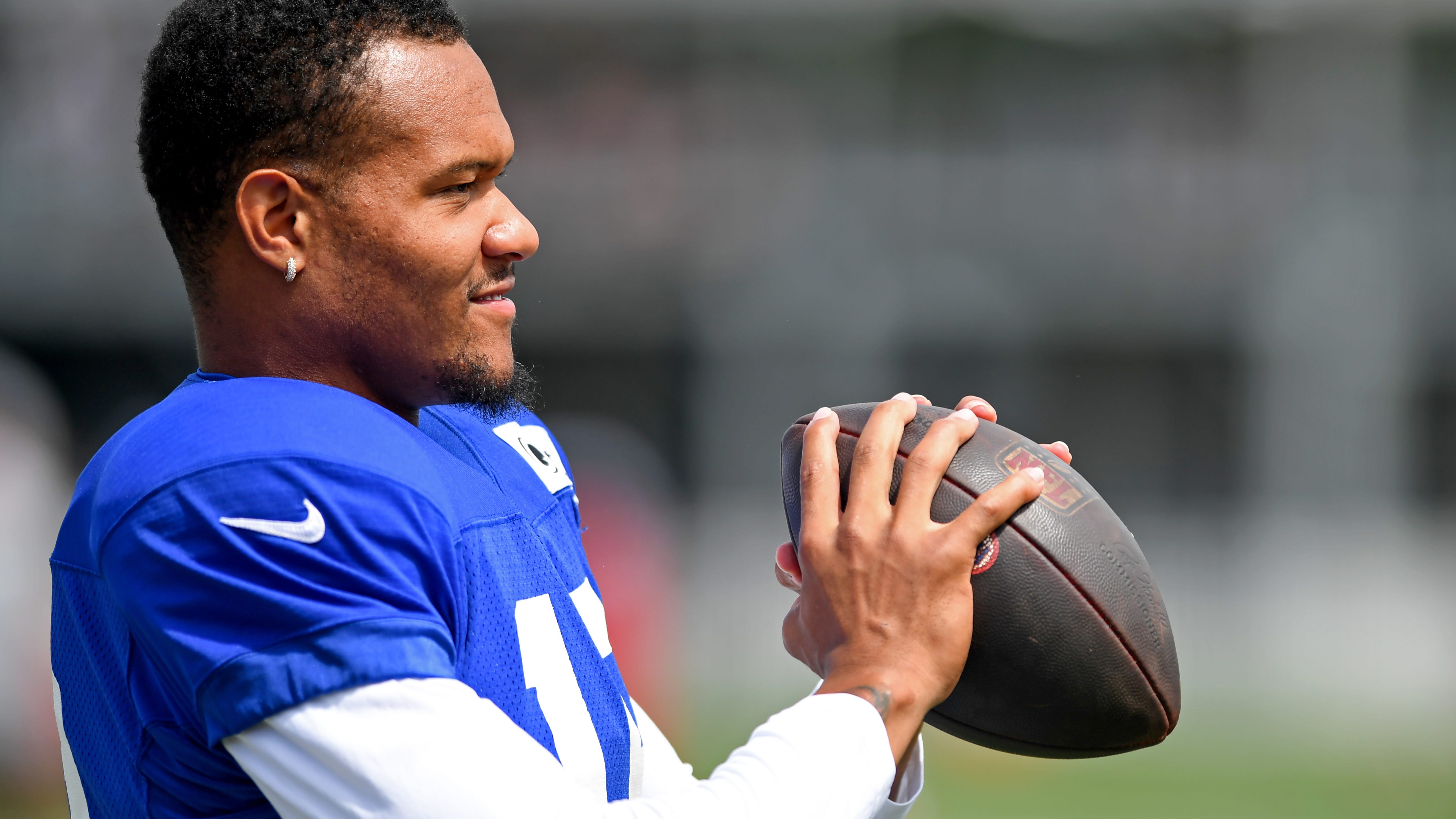 Boomer: Kenny Golladay 'should be playing,' would have 25 catches already with team like Packers

“I think anybody that's injured, we try if we think maybe there's a chance, maybe there's not a chance, after they go through some rehab sessions or light work on the practice field,” he said. “If they can’t go, they can't go, but we try to hold out hope as long as we can to see if those guys can go.”

Leonard Williams, who left last Sunday’s game with a knee injury, is also doubtful after three straight DNPs; his status will also be a post-practice discussion, but Daboll feels his defensive line is ready to go if Williams can’t.

“All the guys in that D-line room are ready to go if that's the case. We try to use those big guys – you try to use as many guys as you can to keep them fresh throughout a game,” Daboll said. “If it is a case where Leo can't go, then those guys will be ready to go. Obviously, Leo's a really good player. But every guy we got on the roster we expect to be ready to go.”