Odell Beckham Jr. came to Giants camp this week to visit his buddy, Sterling Shepard, who was surely down after suffering a torn ACL in the Giants’ loss to Dallas.

And as you might imagine, it meant a lot to Shepard.

“It meant a lot to me. That's one of my brothers. He's done that a number of times, flying from wherever he is,” Shepard said Wednesday. “He was in the Bahamas, but he wanted to come see me. I was happy to see his face; I hadn't seen him in a while, but it was great seeing him.”

Of course, OBJ’s presence began to stir rumors of a reunion between Beckham and the Giants, given Big Blue’s decimated receiving corps, even though he won’t be cleared to play for another month or so after an ACL tear of his own in the Super Bowl. 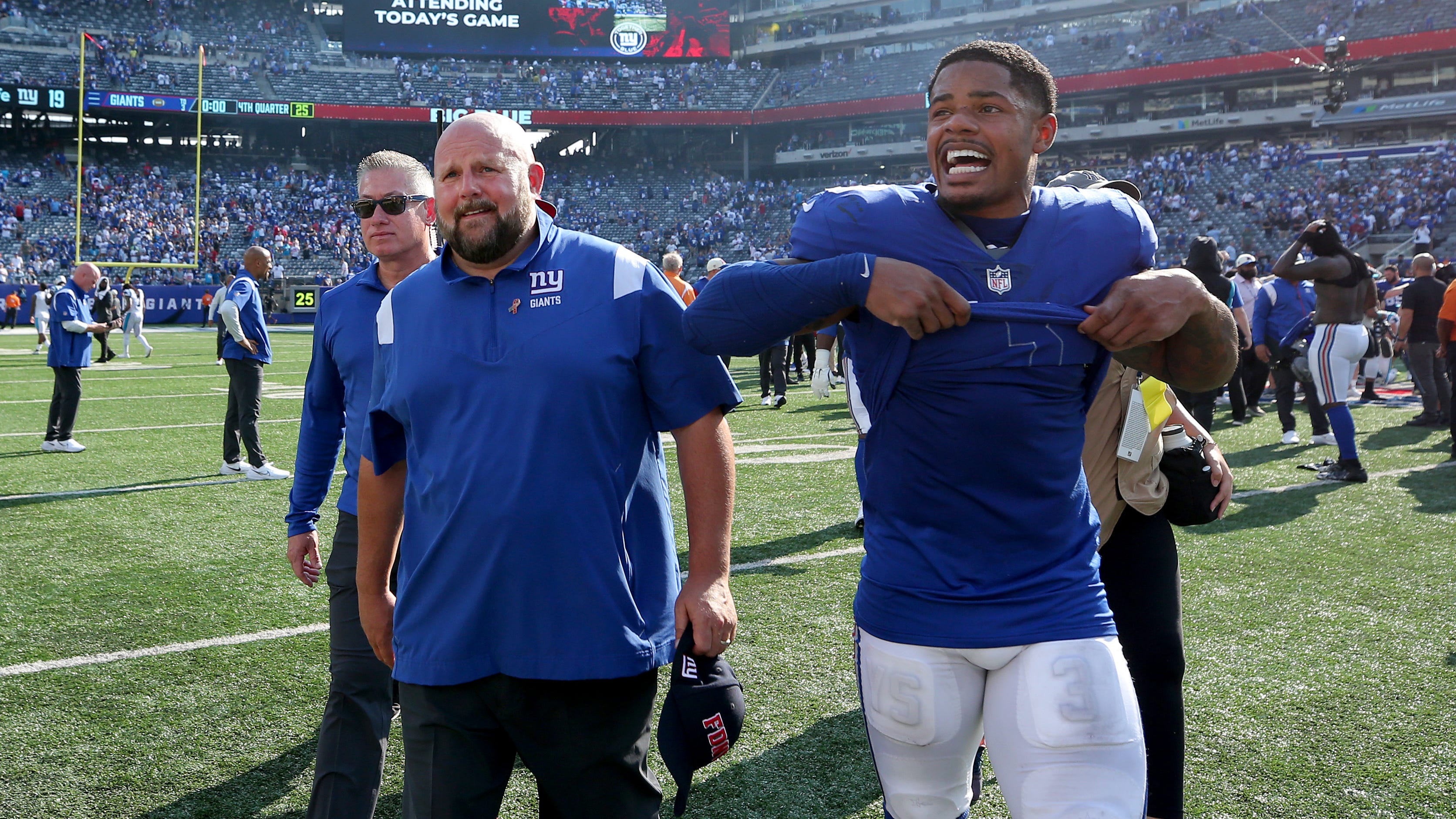 Sterling Shepard vows to return from torn ACL: 'I'm a fighter, I want to go out on my own terms'

“We didn't do anything illegal,” Shepard laughed when told OBJ is a free agent so he’s allowed to recruit.

You never know what the visit will bring down the road, but for now, it was at least a light moment in a dark week for Shepard.

“Like I said, I wanted to see him,” Shepard said. “He came out to see me, so we definitely got a chance to talk a lot. And I was happy to see him.”