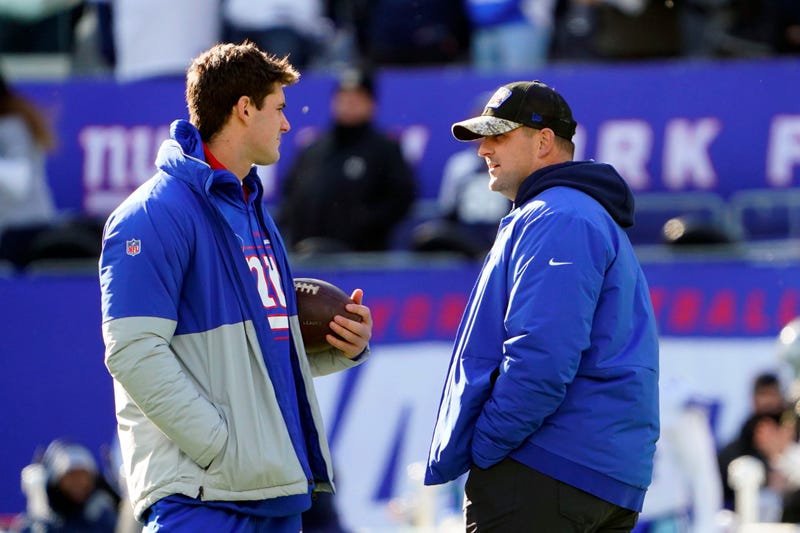 New York Giants general manager Dave Gettleman, who is likely to retire after the 2021 campaign at the age of 70, has catastrophically failed to construct a playoff contender in four years with the franchise. During his tenure, the team has won just 19 of 64 games, and finished with double-digit losses in each of the last four seasons.

Instead of cleaning house, the Giants might retain second-year head coach Joe Judge, and pair him with a new general manager once Gettleman leaves the front office. Although this type of arranged marriage exists in the league, former Giants running back Tiki Barber remains skeptical of it.

"It usually happens with a head coach who has a lot of credibility and success being a head coach. Judge might be the greatest special teams coach in the world, but he hasn't proven it as a head coach yet," Barber told The DA Show on Friday. "So, for a general manager to just accept his job being based on what Judge decides, it's a little bit trepidatious. It's why I believe the Giants are in one of the worst situations in football.

"You're going to have a new GM who didn't pick the head coach -- who hasn't really shown that he can be a great coach yet. That head coach and GM also haven't picked the quarterback in Daniel Jones. There's no loyalty to anybody on any level, that makes it really hard to operate. At the bare minimum, Judge has to remake this staff... One of the biggest faults of the hiring of Judge was that they let him build a staff that has no experience coaching in the NFL."

The Giants' on-field dysfunction was on full display in last Sunday's blowout loss to the Chicago Bears, as they finished with minus-10 net passing yards, the lowest mark in an NFL game since 1998. To make matters worse, Judge delivered a long-winded postgame rant defending his team and the internal progress they've made this season. Those comments received widespread criticism from analysts and fans across the country.

With a record of 4-12, New York's offense ranks 31st in the league in average points (15.7), 31st in average yards (293.9), 31st in giveaways (27), and 28th in point differential (minus-143). Since 2012, they've achieved just one winning season, and finished with double-digit losses in seven of the last eight years. The team currently owns the fifth and eighth overall picks in the 2022 draft -- perhaps a silver lining to Gettleman's successor.

The entire Giants conversation between Barber and DA can be accessed in the audio player above.