The Vikings pulled out all the stops to fire up the crowd prior to Sunday’s big game. There was fake snow, there were pregame ceremonies, and there was an appearance from one of the best players in Vikings history.

Unfortunately for them, that all didn’t matter as the Giants pulled off the upset in the 31-24 win on Sunday. In fact, the Vikings’ plans to fire up their own crowd may have backfired with Saquon Barkley getting an extra boost.

WFAN’s Paul Dottino of the Audacy Original Podcast “One Giant Step” explained why the Vikings trotting out Adrian Peterson to fire up the crowd may have done more harm than good.

“Before the game, they brought Adrian Peterson out onto the field behind one of the end zones. The people went bonkers,” Dottino said (3:35 in player above). “At one point during a timeout, they had their sideline reporter interview Adrian Peterson on the side of the field and they put it up on the jumbotron, and the place just went ballistic.”

Peterson spent the first 10 years of his career in Minnesota and was dominant in his prime. He won the Offensive Rookie of the Year award in 2007 and the MVP Award in 2012 after rushing for over 2,000 yards. It’s understandable that he was able to fire up the Vikings faithful.

However, there was someone rather important on the opposing sideline that also got a little spark from Peterson’s appearance.

“But here’s where they did not calculate the other part of that equation. Saquon Barkley idolizes Barry Sanders and Adrian Peterson. And Adrian Peterson is one of the guys who helped Barkley through the ACL injuries,” Dottino said.”In fact, Barkley talks about his admiration for Peterson all the time.

“Let me tell you something, Saquon Barkley was triply fired up (on Sunday). I personally believe that with Adrian Peterson in the house, Barkley even showed all that more gumption – not that he needed any more motivation – but I truly believe that Barkley in front of AP wanted to make sure that he put his best foot forward.”

Barkley only carried the ball nine times, but he made the most of those carries with 53 yards and two touchdowns. He also added five receptions for 56 yards out of the backfield.

Barkley and the Giants will now travel to Philadelphia to take on the Eagles on Saturday night, and it’s safe to assume that the City of Brotherly Love won’t be showing any love to Big Blue this weekend. 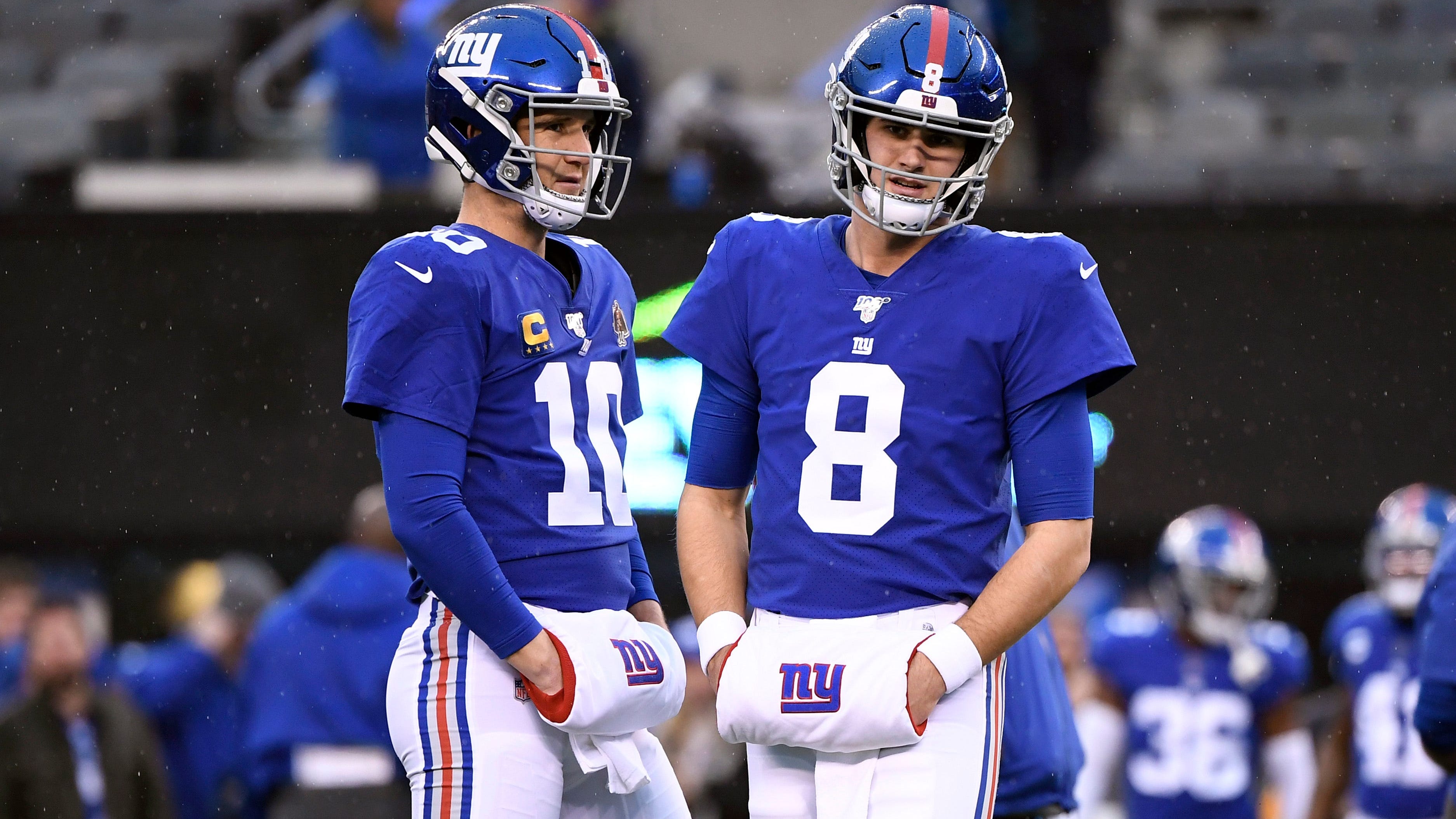