There’s no mistaking what type of player William Dufour is.

The 6-foot-3, 204-pounder has been spending a lot of time around the net and showing off his outstanding shot this season for the Saint John Sea Dogs of the Quebec Major Junior Hockey League.

For the 20-year-old native of Quebec City, a lot of hard work has paid off in a big way.

“It’s (been) a great season for me and for the team,” Dufour said during a phone conversation with WFAN.com. “Since the beginning of the year, I’ve been working hard, and recently our team has had a lot of success so that’s very nice for us.”

Saint John is currently on a seven-game winning streak and they have the sixth-best record in the QMJHL at 28-15-1-3. The Sea Dogs are in second place in the Maritimes Division and third place in the Eastern Conference with 60 points, coming off a 5-0 win this past Saturday over Moncton where Dufour earned first star honors with a goal and two assists. 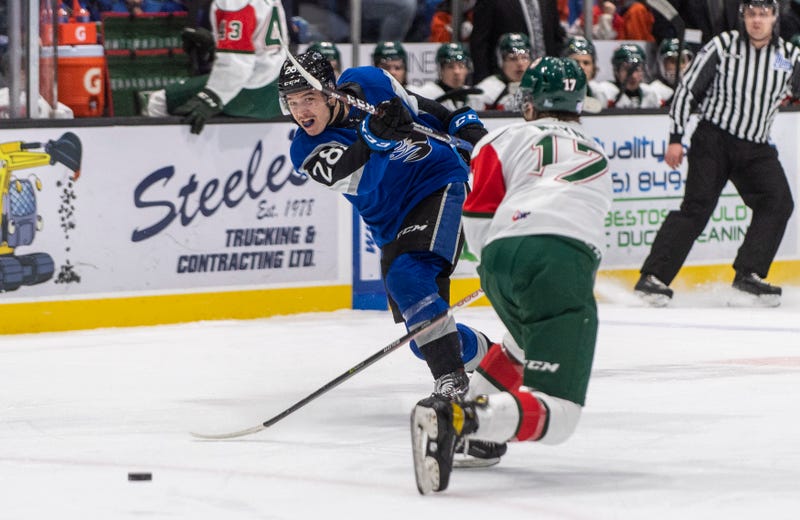 Dufour came over to Saint John in a trade prior to this season from Drummondville, where he had 17 goals and 12 assists in 23 games – a line in part because he was asked to play a more defensive role with a lot of his offensive opportunities coming on the power play.

This season, Dufour has had the chains loosened a bit by head coach Gordie Dwyer.

“I think I have more of an offensive role this year,” said Dufour. “My coach wants me to be an offensive threat every shift I’m playing, so that’s the big difference between this year and last year. To be an offensive player like that, it’s helped me a lot for sure.”

With the numbers Dufour has been putting up this season, it’s no secret why the Islanders are excited about what he could possibly bring to the table down the road. He’s everything that you want in a hockey player of his size, especially when it comes to putting the puck in the net. He is a dangerous player with 13 power play goals, one shorthanded goal, and eight game-winning goals this season.

“I’m a big power forward,” said Dufour. “My offensive threat is the biggest aspect of my game. My shot is one of my biggest threats also. I like to play big, so going to the net and protect the puck down low using my shot is my type of game.”

Islanders fans have been following Dufour very closely on the internet, as his highlights are constantly posted on social media. Sometimes, Dufour will get a direct message from an Islanders fan on Twitter, but a lot of the reaction from Islanders Country is relayed to him by his mother.

“She’s a very active tweeter,” said Dufour. “She’s always on Twitter and she’s seeing a lot of things and she would send it to me. My mom talks to me a lot about that.”

Dufour has been keeping on close eye on the Islanders as well as the team’s AHL club in Bridgeport, his likely destination for the 2022-23 season. When this season in Saint John ends, it will mark the end of his time in junior hockey, and he will turn his attention towards a professional career. 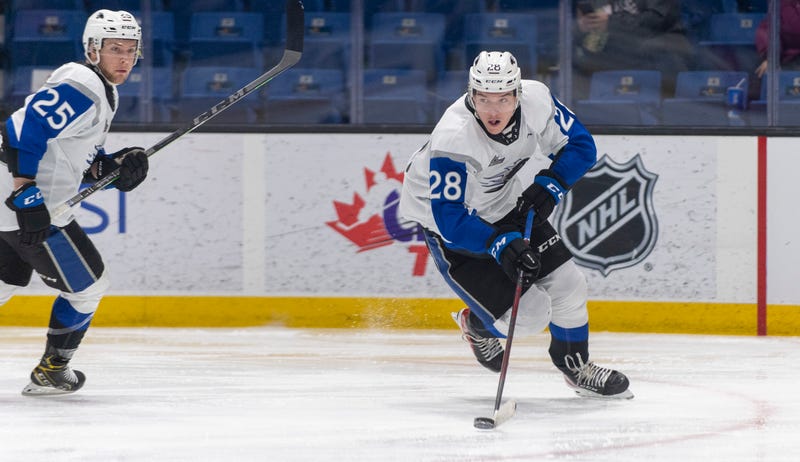 He's excited about opening up some eyes when he attends Islanders training camp this fall.

“I hope to sign my first pro contract this year in the next couple of months,” said Dufour. “I’d love to play in Bridgeport next year and do my best at the NHL camp, so you never know what can happen. I’m just working hard to achieve my goal one day.”

That goal for William Dufour, playing in the NHL, may not be too far away, but first things first: his priority right now is continuing to put up numbers for Saint John and helping the Sea Dogs compete for a championship. Then, once he signs his entry level contract, he’ll be a part of the New York Islanders organization and will likely begin his pro career as a Bridgeport Islander.

From there, the talented power forward will continue to develop as he hopes to one day get the call to Long Island.