UBS Arena was built for hockey, but it since it opened back in November, the Islanders’ new home on Long Island has also hosted basketball games, wrestling events, concerts, and family shows.

And on Wednesday, a little something different: a baby shower.

The New York Islanders Children’s Foundation partnered with Operation Shower to host a baby shower for 25 military moms-to-be on Wednesday, marking the second time that the two organizations collaborated on an event like this.

All of the expectant moms were either active-duty service members or the spouses or partners of deployed members of area military bases.

“The Islanders are proud to partner with Operation Shower as we express our appreciation to these courageous military moms-to-be for their service and sacrifice on behalf of our country,” said Islanders Senior Director of Community Relations Ann Rina. “We are delighted to welcome these new little “rookies” into the Islanders family.” 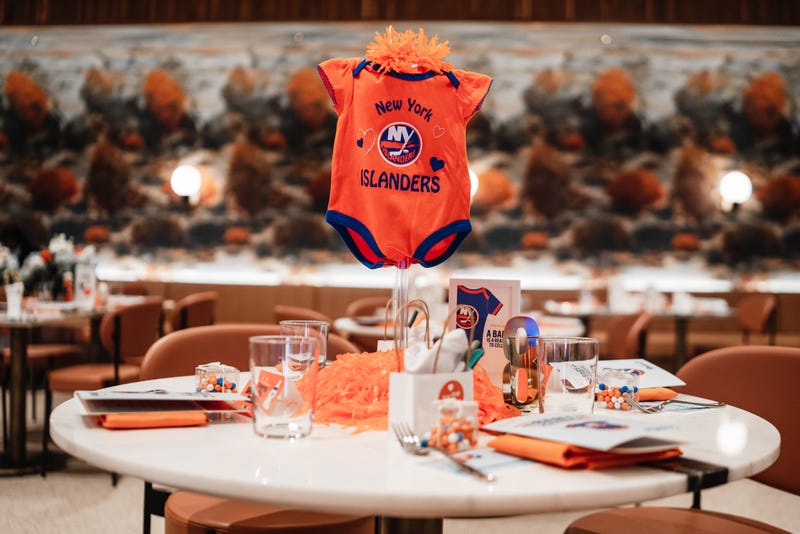 One of the tables at Wednesday's event. Photo credit Peter Schwartz

Operation Shower is a non-profit organization that is dedicated to celebrating and honoring military families by providing baby showers for military moms-to-be to ease the stress of deployment. The organization has showered more than 6,800 military moms from the Army, Navy, Air Force, Marines, and National Guard since its inception in 2007.

“For women who are expecting a baby and whose spouses are deployed, and especially for expectant moms who are active duty, the impending arrival of a child can be both exciting and stressful,” said Operation Shower Founder and Chief Shower Officer LeAnn Morrissey. “Operation Shower was created because typically military moms are the ones who hold it all together at home.
These moms deserve our support, our appreciation, and an opportunity to celebrate this wonderful milestone together.” 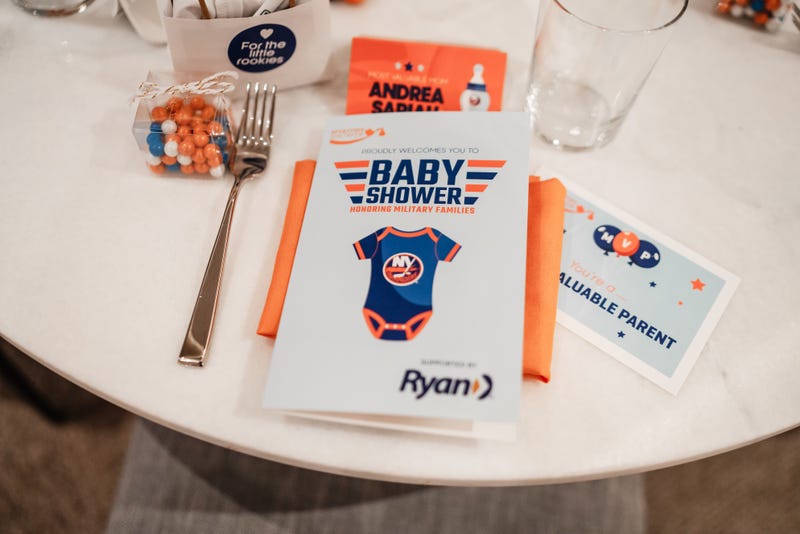 The showers are generally held on military bases and other locations, but this time it was a hockey-themed baby shower in a hockey arena.

Islanders MSG broadcaster Shannon Hogan served as the emcee for the event that featured a catered lunch, raffle prizes, and the distribution of Operation Shower’s signature “Showers in a Box” with gifts of high-quality products for mothers and babies.