A bombshell was dropped on Islanders Country Monday morning with the firing of Head Coach Barry Trotz, and the reaction was understandable.

How does a coach get fired after he takes a team to the playoffs three straight years, including back-to-back trips to the final four, and then doesn’t make the playoffs in a season that included a 13-game road trip, COVID-19 outbreaks, and injuries?

To answer that, all you needed to hear was two statements made by President and General Manager Lou Lamoriello during his Monday morning conference call with reporters.

“It is my role to make the best decisions for the organization going forward and I believe that this group of players needs a new voice,” said Lamoriello at the start of his presser.

And near the end: “What we have to do is get improvement out of our younger players and also a more complete year out of some of our veterans than we did this year.”

Translation? Lamoriello was not happy with the way that Trotz handled the younger players on the team, and there were veteran players who weren’t producing but didn’t lose ice time because Trotz was more comfortable with veterans over young players.

Let’s take a look at forward Oliver Wahlstrom, who Lamoriello drafted 11th overall in 2018. This was supposed to be the season that he blossomed into the big-time scorer that the Islanders expect him to be, but he continued to fall in and out of Barry’s doghouse, and finished with 13 goals and 11 assists in 73 games.

That was a major disappointment, but was that on the player or the coach?  Probably a little of both.

Should Barzal have been given more help? Should he have had different linemates? Should Barzal and Wahlstrom played together more often? 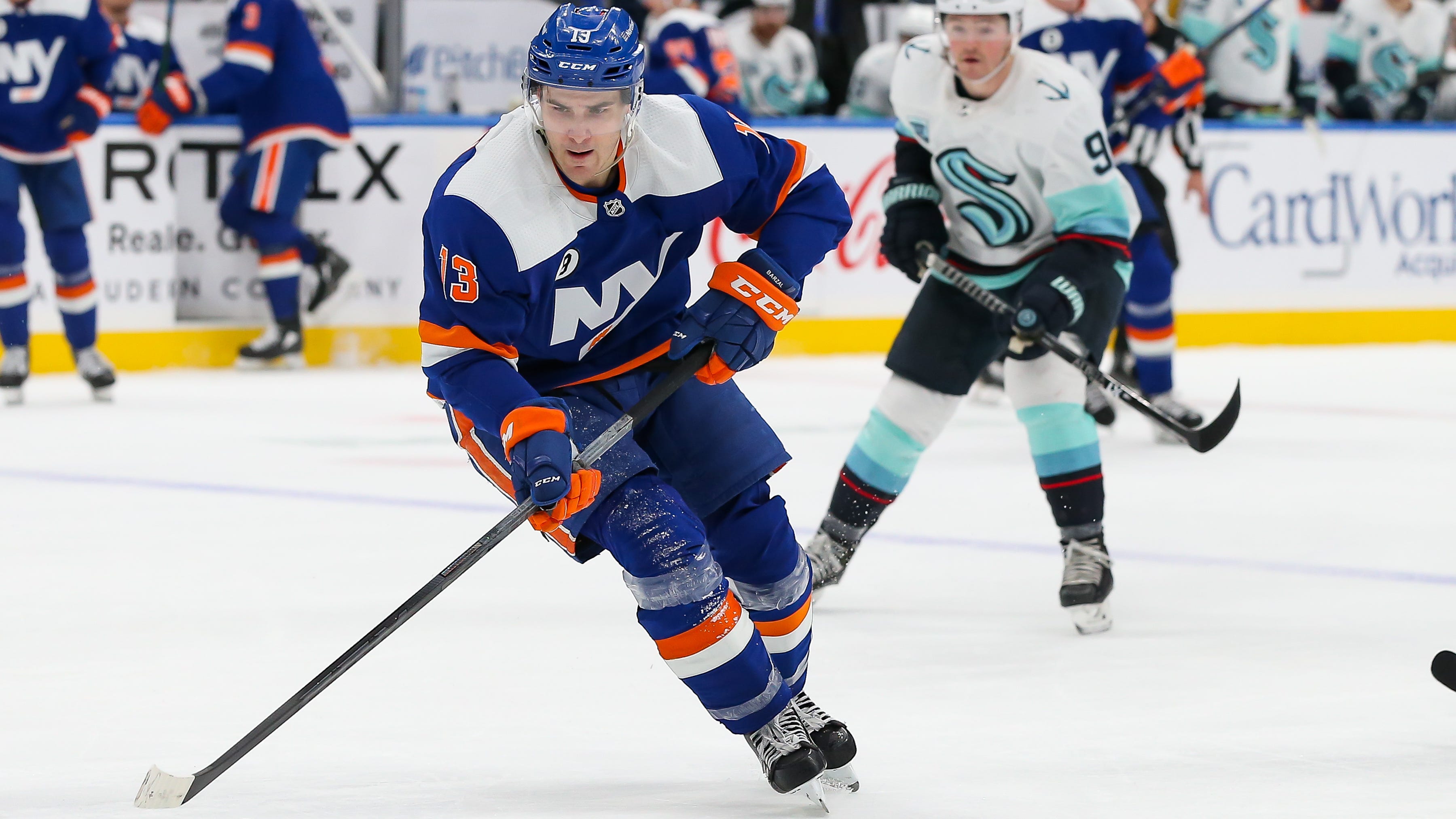 Schwartz: Could Mat Barzal leave the Islanders for Seattle?

Lamoriello insisted that the opinions of the players didn’t play into his decision, but anyone who watched this team play all season could see that they needed to get better offensively and get faster.

And it wasn’t happening.

It wasn’t all because Trotz all of a sudden became a lousy coach, but sometimes a team needs a massive change – and more times than not, it’s the coach who pays the price.

“These types of decisions are made for going forward and not for backward,” said Lamoriello. “With this group we have, they are on notice right now that the new voice is what’s necessary for us to have success in my opinion, and unfortunately or fortunately my opinion is what has to make these decisions.”

Lamoriello said he didn’t have a timetable on hiring a new coach, and that all assistants, including Associate Head Coach Lane Lambert – who has been waiting patiently for an NHL head coaching job – are all under contract for next season. Lambert could be a candidate for the job, but he has been very loyal to Trotz for a long time and Lamoriello may feel that he’ll share a lot of the same philosophies. 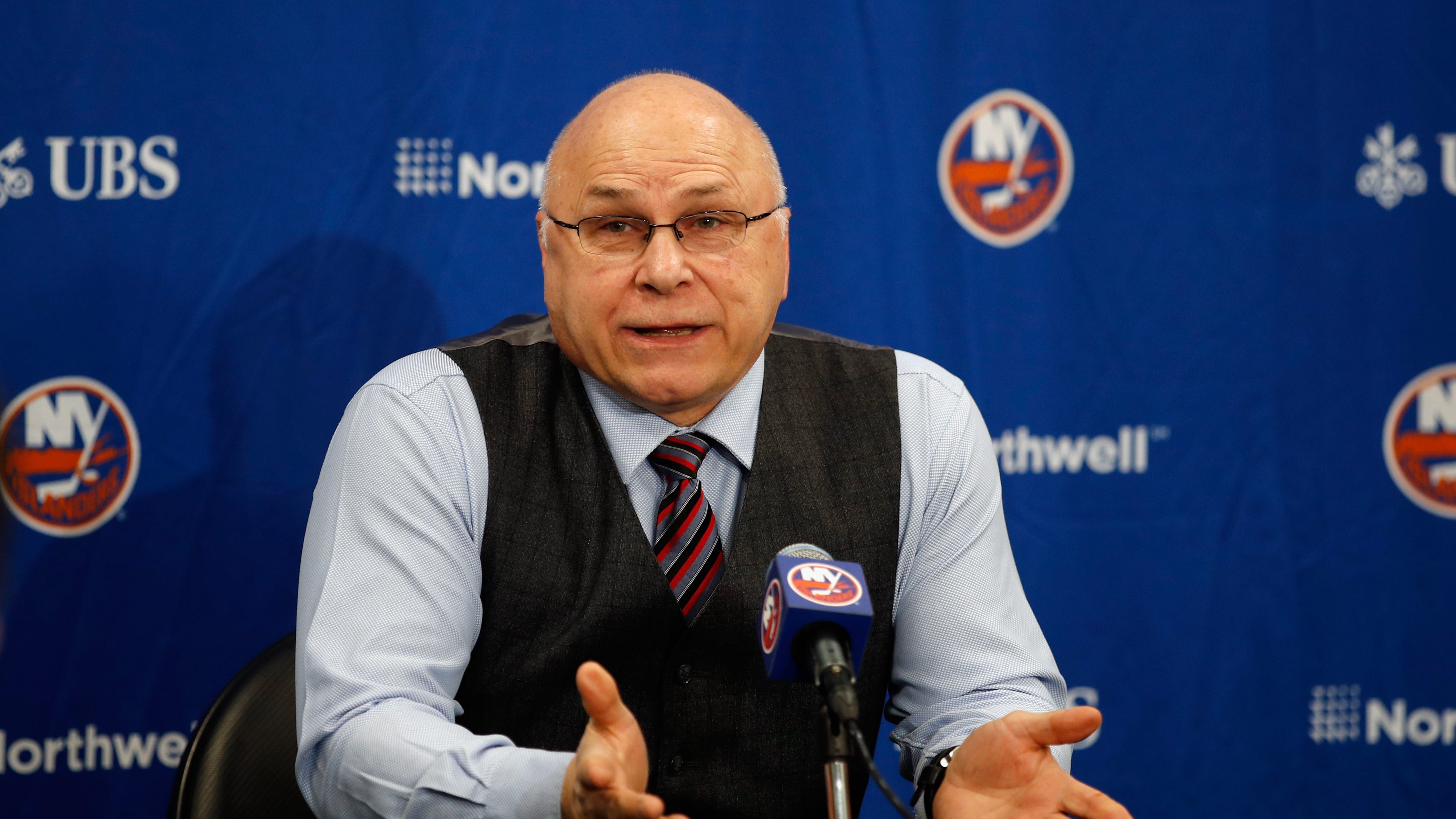 Any way you slice it, Lamoriello felt it was time for a change to get the Islanders back on track towards winning the Stanley Cup.

“This is certainly a business decision as far as hockey and winning,” said Trotz.

And with that mission statement comes Lamoriello’s responsibility to not only hire a new coach, but to also make improvements on the roster. There are young players on the team like Barzal, Wahlstrom, and Kieffer Bellows that need to step up, but there are also players in the system like Robin Salo, Aatu Raty, Sam Bolduc, and William DuFour that are knocking on the door.

Lou certainly has a lot on his to-do list.

“The off-season priorities are no different than they were during the year,” said Lamoriello. “First of all, we’d like to improve our defense if we can as far as offensively. If there’s a way of making a hockey deal certainly with our forwards, we would do that.”

The firing of Barry Trotz sent shockwaves throughout Islanders Country. It was already expected to be a huge off-season for the Islanders and the changes they needed to get better.

But now, all of a sudden, business has picked up.