Good news on the Jets’ injury front: the team “dodged a bullet” with Quincy Williams’ ankle, as X-rays were negative, and tackle George Fant is day-to-day with a knee issue that knocked him out of Sunday’s game.

On Williams, who was carted off in the third quarter with his left leg in an air cast, the team classified it as a high ankle sprain, albeit perhaps a bad one, and he is week-to-week.

Fant, meanwhile, could miss Week 4 just for maintenance purposes, but the team is optimistic that he might not even need that, as they will see how responds in practice. 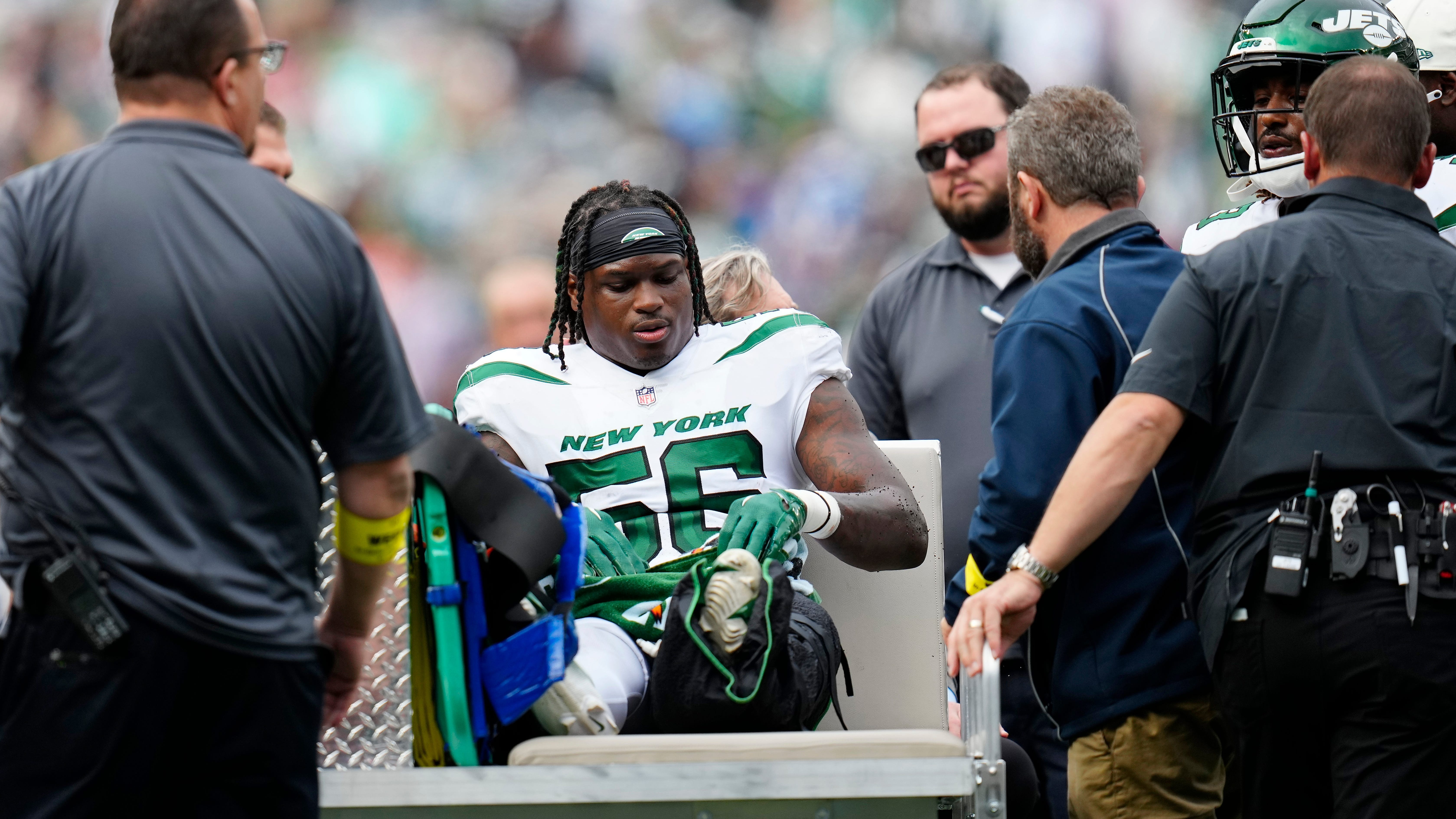 “George is dealing with the same knee, but we’ll see how he comes out Wednesday,” Saleh said, “but it’s the same thing he’s been dealing with. It could lead to (a week off), but he’s got today and tomorrow, and then he’s got the day off Wednesday as usual to make sure he’s just rehabbing, and we’ll take it from there. I don't know if IR is a possibility."

On a better front, Saleh is hopeful that the team will get clearance from Zach Wilson’s doctors sometime by the end of Tuesday that he is good to go, and could potentially start Sunday in Pittsburgh.

“We’re looking for confirmation, and as we’ve talked about, once Zach’s doctors clear him, he’ll be ready to roll, but can’t really define that until we get clearance from them,” Saleh said. “"I wish I could tell you more, but it's just communication. They've have been keeping tabs on him with his progress and activity."