Joe Benigno is part of the New York media – but when it comes to Mike White, who was a fifth-round pick in 2018 and didn’t see the field until 2021, Joe thinks the rest of the crew is poo-pooing the new Jets QB for their own personal salvation.

“All this guy has done is play the best two games a Jets QB has played since maybe Ryan Fitzpatrick in 2015, but you have all these people who don’t want him to succeed,” Joe said at the outset of his weekly call in to Tiki & Tierney. “Everyone has said he’s not the guy, but all these geniuses who could care less if the Jets win want to be smart and right and tell you not to believe what you see. He’s so much better of a quarterback than Zach Wilson, it’s not even close.”

Not Joe, though, who thinks that not only should White be the starter the rest of the way in 2022, he also could be the next franchise QB.

“As far as I’m concerned, he’s the quarterback for the rest of the year – and maybe the next 10 years,” Joe boldly proclaimed. “The Jets stunk last year, and the only reason White didn’t start the year this year is because they had to continue to justify Wilson.”

Until last week, when the Jets just had to make a move after the loss to the Patriots.

“He sealed his fate with what happened in the Pats game, and this team has been against him for a while,” Joe said. “I thought Garrett Wilson’s comments last week were telling. Even going back to Elijah Moore – the reason they didn’t trade him is because they knew he was right, and the problem was Zach Wilson.” 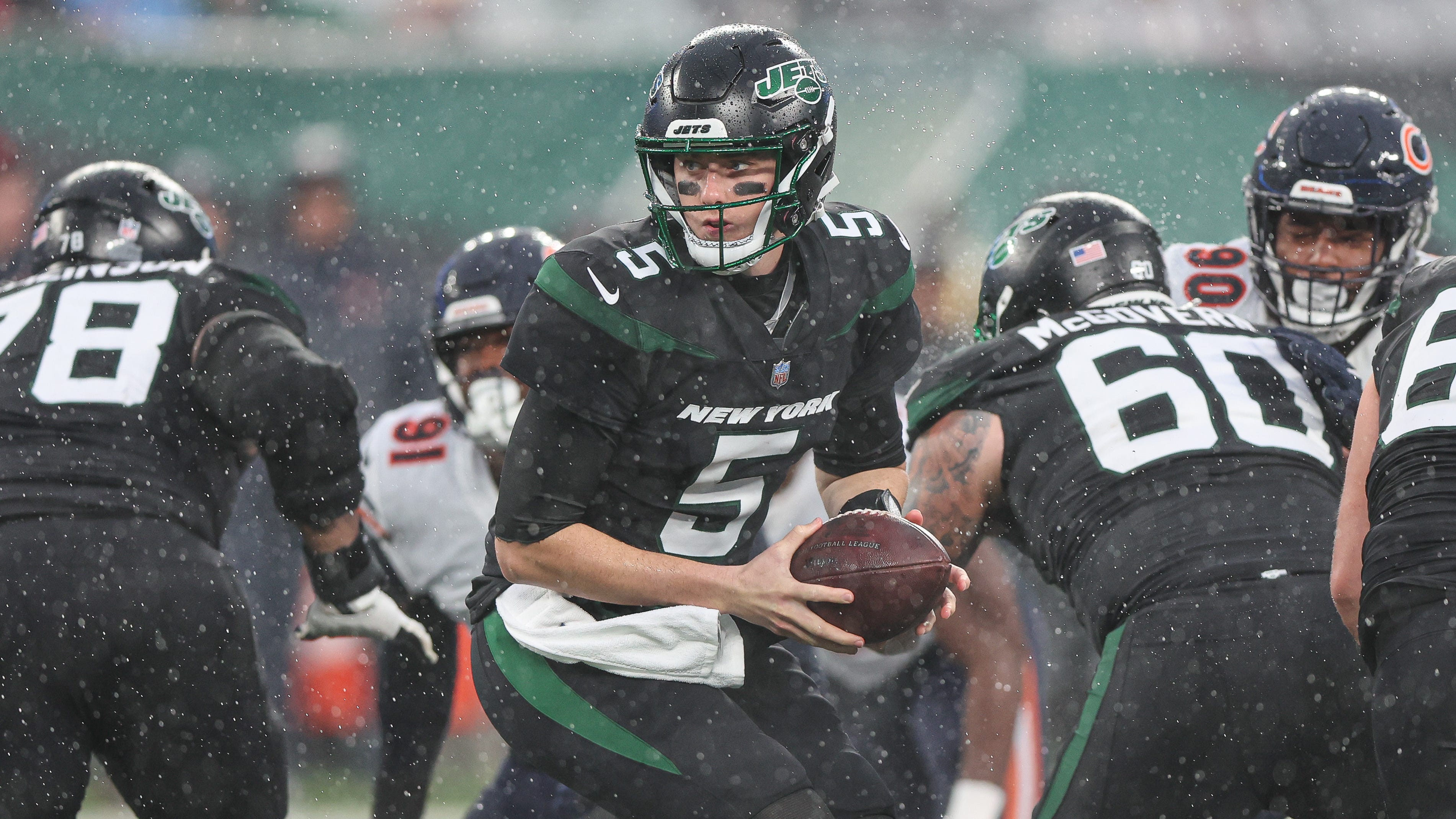 Has Mike White already shown more aptitude on and off the field than Zach Wilson?

What Tiki noticed is that on the FOX broadcast, the announcers were noticing how they even saw in practice how Wilson was struggling, which Tiki called “a death knell,” and White only sealed Wilson’s fate in Joe’s eyes with how he performed in similarly-bad weather to what Wilson struggled in last week.

“Garrett Wilson said the same thing last week – and not, all of a sudden, Elijah Moore is back involved, White’s completing the ball to 10 guys, and it was a bad rainy day!” Joe ranted. “Zach Wilson was playing in the wind last week and complaining it was too windy, but Mike White, how many tight window passes did he complete yesterday? No turnovers, only six incompletions…what more do you want?”

Going forward, Joe would also rather see Joe Flacco continue to be the backup, as he noticed Wilson on the sidelines looking glum Sunday while Flacco was engaged with White and the offense.

“You think I care about his psyche?” Joe asked. “I don’t care who the quarterback is, I want to win, and the difference between these guys is huge.”

“That could be. Maybe it was more of just the QB not being any good and not being able to execute,” Joe said. “I thought LaFleur called a really good game, but I will say this: enough of these first-down reverses to receivers. It’s like a guaranteed four yard loss. Just run the ball up the middle!”

The Jets sit at 7-4 with six games left and Minnesota on tap, and they would be an AFC Wild Card if the playoffs started today. BT noted that he sees four teams (the Jets, Pats, Bengals/Ravens, and Chargers) for two spots behind the Dolphins/Bills, Chiefs, Titans, and whomever wins the North…but Joe says don’t count out Gang Green leapfrogging both Miami and Buffalo, who are both still on their schedule along with the Vikings, Jaguars, Seahawks, and Lions.

“I want to win the division, bro, and I think they have a real shot at it,” Joe said. “They’re only one game back, with the tiebreaker over both teams ahead of them. Why would I dismiss that chance?”