The Jets got to breathe a sigh of relief this weekend when tests on Zach Wilson’s knee revealed only a minor meniscus tear and bone bruise, injuries that should only keep him on the shelf for a few weeks to a month after arthroscopic surgery.

However, when former Jets offensive tackle Willie Colon joined the JRSportBrief on WFAN this weekend, he told JR that as soon as he saw Wilson go down, he thought the worst.

“Like every other Jets fan, I thought the Jets were jinxed,” Colon said bluntly. “I thought they had one of the best organizational drafts in history, getting everything they need, and coming into camp, you felt like the Jets had enough to turn it around. Now, you see his injury, and I’m grateful it wasn’t an ACL, but he’ll need some time to heal, and they have to treat him with kid gloves, because he is the future and they can’t rush him back and prolong his injury.”

It’s Wilson’s second knee injury in two seasons, which could portend disaster – but as Colon says, it takes more than a dozen or so games to get your footing, and quite frankly, his 2021 injury might have been a blessing in disguise. 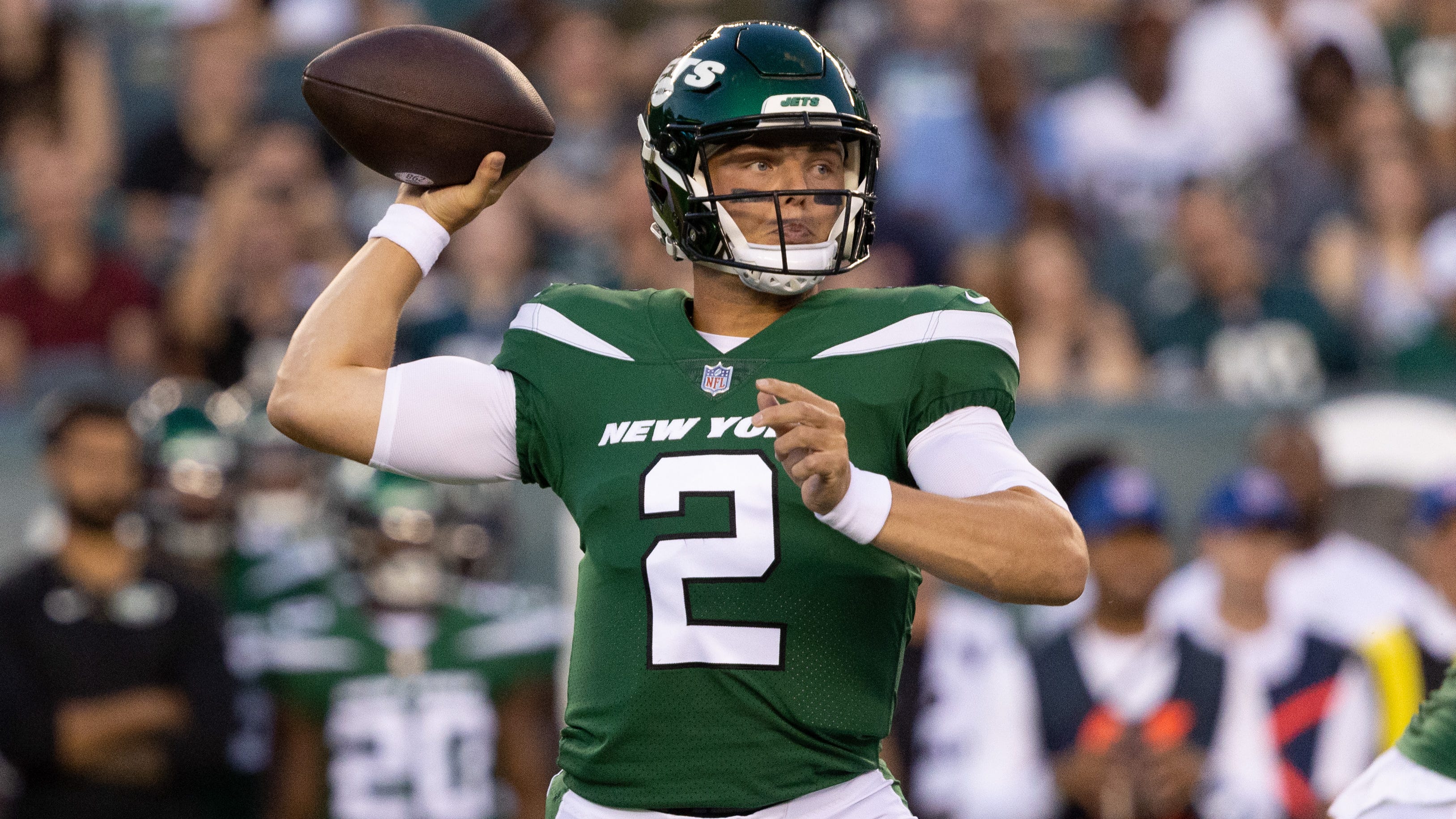 “When I got drafted, I played two games at the end of my first year, and my second year I was able to start, but it wasn’t until my third year that I felt like I had my bearings and felt like a pro,” Colon said. “This is Zach’s second year, and like you talked about, coming off that injury last year, he was a lot better – the best thing that happened to him was Mike White and Josh Johnson lighting it up, because he was able to see two guys in his own quarterback room play within the offense and have success.”

That, Colon noted, may have slowed the game down for Wilson more than actual reps would have.

“As a young QB coming into this market, there’s a lot of pressure to be the hero, and he was trying to play hero ball – but that gave him a blueprint on how he should proceed,” Colon said. “Coming into this season, I felt like he had everything he needed to be the guy, so I believe he still has the opportunity, and I still believe he’s the future for the Jets – it’s a matter of staying calm, playing within the system, and letting things come to him. He can do it, and there’s enough pieces around him to get it done.”